Love online in the time of quarantine is oddly old-fashioned 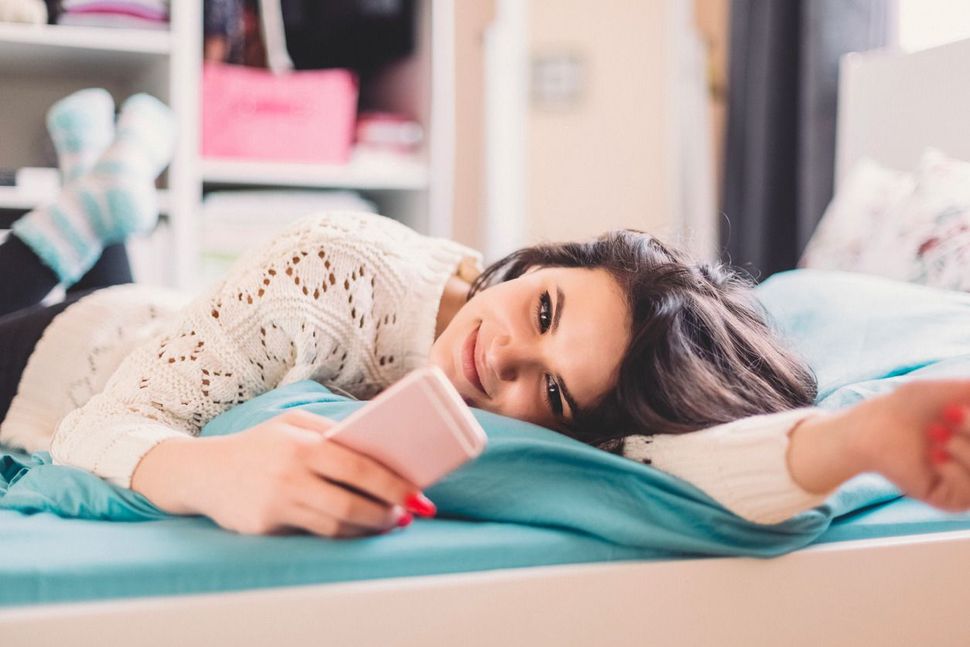 Thanks to Facebook groups acting as matchmakers, single Jews don’t have to put dating on hold during quarantine. Image by iStock

The Facebook post opens like this: “I present to you: your bubbie’s wet dream.” He’s a nice Jewish boy over six feet tall. He’s crushing it at his hedge fund. He volunteers in his spare time. And he will make you the best pancakes you’ve ever had — if you sleep over. If you’re ever allowed to leave your house.

This is just one of thousands of “hype posts,” a new genre of personal ad pioneered by single Jews looking for love in the time of corona. They’re composed by the single Jew’s friends to advertise his or her availability, and they promise a combination of sex appeal, job security, and serious commitment to Judaism.

The posts are the most striking feature on several Facebook groups that have sprung up amid the pandemic promising to replace the flings, flirtations and serious relationships that coronavirus cut short or thwarted. The hype post, claim the groups’ organizers, helps them update traditional matchmaking for the digital age, but some users say these new groups just replicate the flaws of established dating apps. When quarantine ends, will hype posts and other corona-era innovations yield the lasting, loving Jewish couples that Facebook’s bubbes dream of?

Maybe. By using character references and circulating informal dating “resumes,” the new Facebook groups are adapting the methods that Orthodox Jews have long deployed to find partners, said Stella Carr, a CoronaCrush user who described herself as observant. “Religious Jews are more used to being set up, and the idea of meeting someone who lives somewhere else is more normal. This is just a different way of doing that,” she said.

The behemoth in the nascent Facebook dating scene is MeetJew University, with around 38,000 members. Spearheaded by Aaron Raimi, a junior at the University of California at Santa Barbara, the group holds Zoom speed-dating events and offers an algorithm that spits out new matches each week. Members can also hang out in the group, devising TikToks that re-enact the Passover story, sharing book recommendations and arguing about whether patrilineal Jews “count.”

Another Facebook group, CoronaCrush, caters to a slightly older population and bills itself as marriage-oriented. Smaller groups have popped up to serve Jews of different interests or locations. In all of them, there’s a pervasive sense of being part of an especially large game of Jewish geography, as if the whole world had turned into the first day of summer camp.

For group founders, the active involvement of friends in the process through such mechanisms as hype posts is what makes MeetJew, CoronaCrush and the like different from swiping through matches on a dating app. “I call it ‘community dating,’” said CoronaCrush founder Ian Mark, adding that he believes the model enforces a higher standard of behavior. Since the matchmaking takes place in a forum populated by friends and friends of friends, group members may be less inclined to harassment, a problem endemic in dating apps.

Indeed, some say they’re having a positive experience. Jordana Owens, 24, was chatting with other college students on a group Zoom call organized by MeetJew when a cute guy who had brought his trumpet caught her eye. At the end of the call, they realized they live in the same area of California, and they’ve been chatting ever since. When quarantine ends, she said, they’ll go on their first date.

For Eli Katzoff, 34, the coronavirus crisis coincided with a personal one. After a sudden breakup in early march, Katzoff traveled to Israel to visit a friend — and promptly got stuck by a countrywide lockdown. Joining CoronaCrush out of boredom, he created a now-viral video in which he portrays a creepy guy searching for women to date. (Among his antics: making ramen in the toilet.) He’s now regularly Zooming with a woman who, unconcerned by his questionable cooking techniques, messaged him after seeing the video.

Other potential users of these services are more skeptical. Eliyahu Freedman, a Talmud student and self-described romantic living in Tel Aviv, said that messaging strangers is no substitute for meeting someone in person. He hypothesized that the interest in “serious” relationships stems from the widespread feeling of vulnerability that arises after weeks at home. “When you have a feeling like anxiety, you look for someone to hold you and comfort you. You just want to be with someone, if you’re anything like me. But I feel like that’s not the most sustainable place to start a relationship,” he said.

And some women said that the gender-based issues common on conventional dating apps are still very much present in quarantine-era Facebook groups. While the groups “give people a lot of hope,” said Tel Aviv resident Dana Schwartzberg, women face the same pressure to appear unrealistically chill and undemanding in their posts. While creating a hype post for a friend, Schwartzberg described her as a “Jewish mother-in-training.” But the friend thought she’d seem “crazy” if she even hinted at the prospect of children. In the end, they swapped “mother” for “wife.”

Yet the group’s founders are determined that these forums will outlast the pandemic, and they’ve already started to compete. CoronaCrush’s Mark described the team behind MeetJew as “focused on making money,” noting that as soon as he started his own group, he was blocked by MeetJew. Meanwhile, he’s secured a partnership with JScreen, a genetic screening company that has promised the most Jewish engagement gift possible to the first CoronaCrush couple to tie the knot: a full panel of genetic tests.

Indeed, in a world where so much is new, these groups are also all about an age-old experience — from the rush of meeting someone to the hope of finding love.

MeetJew University’s Raimi believes the pandemic has “dismantled hookup culture” and made users of his group more interested in long-term relationships.

“It’s like in the 18th century, when people would write letters to each other, they would start dating basically through the letters,” said Harrison Kerdman, 21, a junior at the University of California in Santa Barbara, who met Rebecca Grunberger, 18, a freshman at Muhlenberg College in Allentown, Penn., on MeetJew University. They’ve been dating for two weeks. “I feel like quarantine is bringing so much of that back,” he said.

Love online in the time of quarantine is oddly old-fashioned