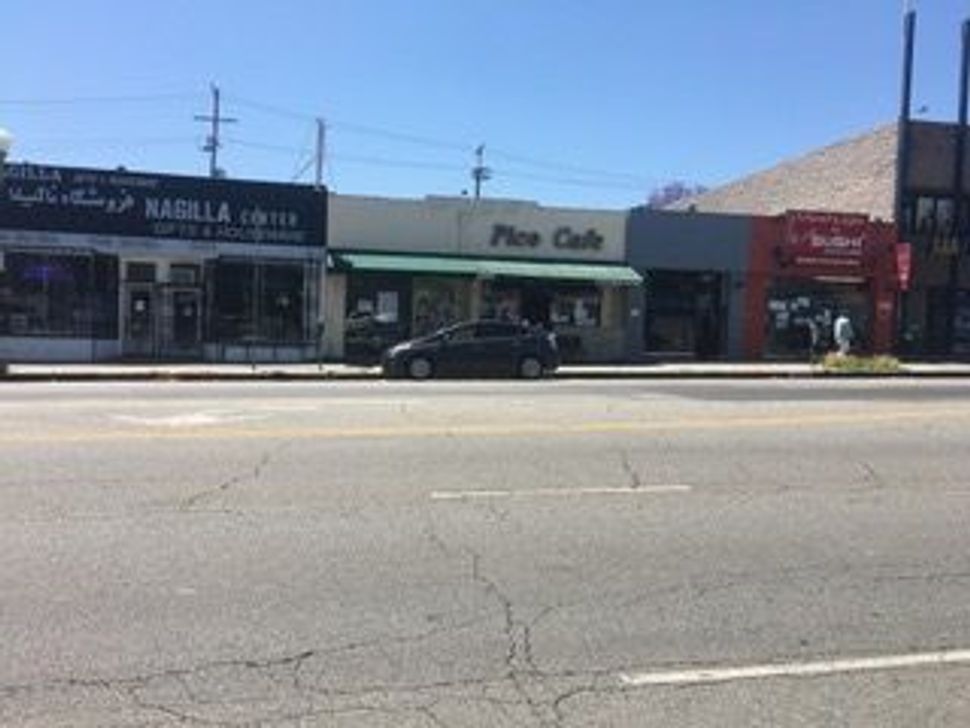 Pico-Roberston at rush hour during the pandemic

In Alain Cohen’s new normal, loyal customers still walk into Got Kosher? to pick up their Shabbat take-out meals, buy his famous pretzel challahs and engage in masked conversation.

But Cohen must also satisfy a whole new category of customers that will only do non-contact curbside pick-up or delivery. Sometimes, he said, “They ask us to leave the food on the floor like it’s a bomb. It’s the fear.”

Normal customer interactions in the corona era represent only one of many challenges for Cohen and his fellow kosher food purveyors inhabiting about a mile and a half of Pico Boulevard in Los Angeles. Their neighborhood, a Southern California epicenter of Jewish life known as Pico-Robertson, had some 30 bustling kosher establishments ranging from high-end restaurants to casual deli and falafel joints earlier this year. 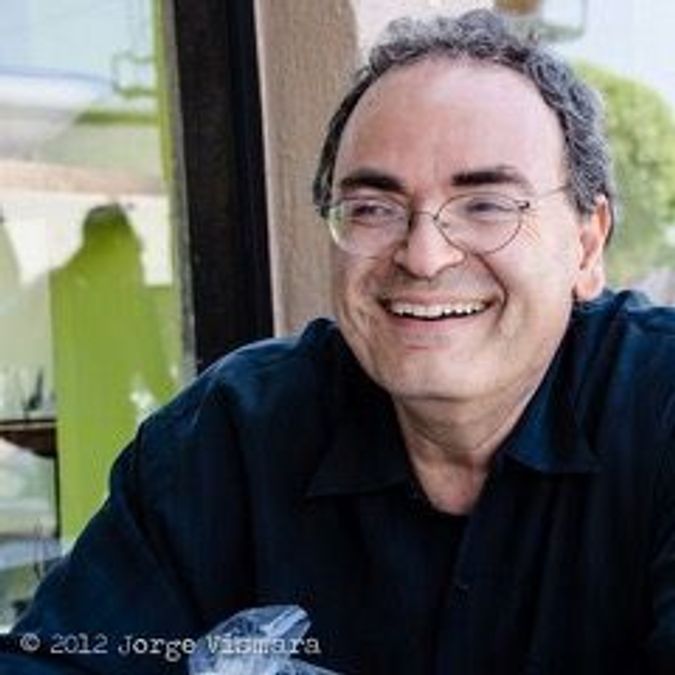 “Today, Pico-Robertson is practically dead,” said Cohen, who opened his storefront on Pico in 2009. “Yes, we continue with take-out but the streets are empty. It’s still bizarre to me, not to see any people.”

A recent weekday lunch hour drive down Pico confirmed what Cohen sees – or doesn’t see–every day. Anyone familiar with the area would also notice the surreal abundance of parking spots. But while some of the fine dining restaurants. such as Shiloh’s and Mamilla have shut down, the majority of Pico’s kosher establishments continue to stay open. Only now, they have their take-out menus, reduced hours of operation and social distancing protocols prominently posted on their front doors.

“Giving up is not an option,” said Uzi Wizman, who opened a second location of his Tel Aviv-style burger joint PSY Street Kitchen on Pico last October with his wife Gal Ben Goya and partner Avi Alkobi. “I think most people involved in restaurants feel this way. No one wants to sit home and do nothing. We’re people who work from morning until night.”

Since March, Wizman has lost about 60 percent of his employees and approximately 40 percent of his revenue – a story that’s far from unique. Most of his peers currently operate with significant losses of revenue ranging from 40-75 percent and struggle to retain their employees while trying to maintain the quality of their food and customer service.

“The main motivation for us is our employees,” said Errol Fine, co-owner with his wife Pat of the eponymously named Pat’s, one of the upscale kosher restaurants still open. “Some of them have been with us for over 25 years and we can’t just drop the ball.”

In pre-corona days, Pat’s had about 15 employees working in the restaurant on any given day. Now about five per day report to work, said Fine. “We’ve had to furlough some but we’re trying to accommodate and help everyone.”

With a well-earned reputation honed over the last three decades as the spot for a discrete business lunch or special anniversary celebration, Pat’s had to reinvent itself as a strictly takeout and delivery only operation. Its efforts to stay afloat have included weekly Shabbat menus and holiday specials such as the recently offered passion fruit blueberry hibiscus martini and pomegranate glazed rack of lamb for Mother’s Day. It has also increased its social media activity, having to compete in a world where virtually all restaurants require a strong and accessible digital presence. 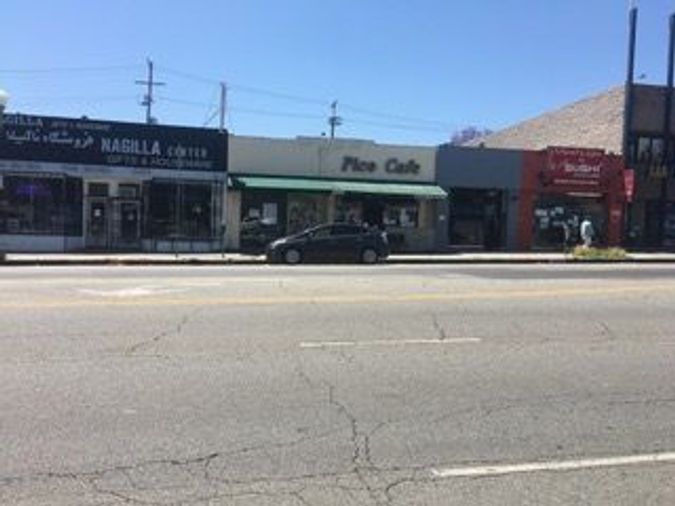 Pico-Roberston at rush hour during the pandemic

“We have to be on top of our social media,” said Elan Adivi, general manager of Jeff’s Gourmet Sausage Factory. “We can’t have a physical connection with customers the way we did pre-corona so how do you maintain their loyalty?”

Jeff’s, which makes all its meats onsite and celebrated its 20th anniversary last November, had temporarily closed at the onset of the corona era. To the relief of its customers with addictions to the sausages, pastrami burgers and hot wings, the popular deli re-opened at the end of April with a limited menu, online ordering only and about half of the 30 or so employees that had worked there pre-corona.

“Like LA in general, Jeff’s is opening back up in phases. This is phase one,” said Adivi. “At this point, we’re focused on paying our staff and providing a service to the community.”

Serving the community motivates David Lieder to get up every morning and focus on how he can adapt and improve his 11-year-old Shabbat take-out business. In the pre-corona era, Lieder’s, with locations on Pico and La Brea Avenue, had a lucrative catering business centering on large synagogues and institutional events in addition to a thriving walk-in clientele.

“That’s how we were set up. You see the display, you ask for some chulent. Someone would come in for one thing and leave with 10 things. People don’t do that when they order online,” said Lieder, estimating he’s lost over 50 percent of his revenue. “But we’re also a household name and people depend on us. Shabbos is so essential to Jewish life…it would take a lot for me to close down.”

Similarly, Dan Messinger considers Bibi’s Bakery & Café, the business he took over in 2011, “a building block of the community. We’re a bakery producing bread, the essence of life,” he said. “Showing the community we’re here for the greater good motivates me to make the most of our current situation and keep innovating.”

For Messinger, that has meant offering customers make-your-own pizza and cookie dough kits, virtual pizza parties and special challah and Shabbat dessert deliveries from his new website shabbasket.com. Having built a dedicated fan base for his shakshuka, Jerusalem bagels and other Middle Eastern delights, he observed that “these relationships are not only paying off now but showing themselves in new ways. I had some schools where I’ve done catering that now reach out to me for gift certificates or to send Shabbaskets to health care workers,” he said. 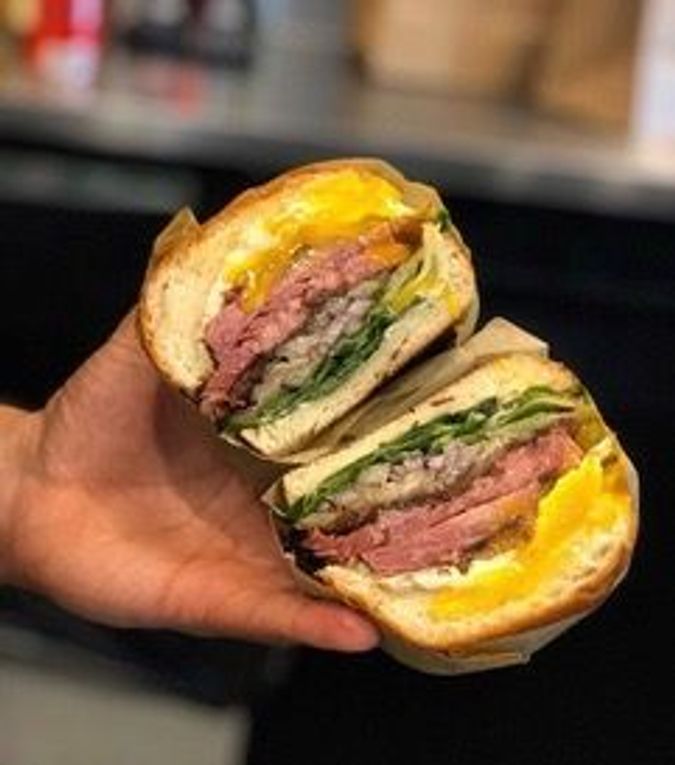 For all the kosher purveyors, the pandemic has come with at least one silver lining: cooperation.

“Since the city shut down,” Messinger said, “we’ve been trading best practices and asking ourselves what we can do to help each other.”

One of these initiatives entails Los Angeles-based kosher businesses partnering up for large deliveries to farther-flung locales that would have made zero sense in pre-corona traffic plagued Southern California. Lieder, for example, who had already expanded his delivery service to the San Fernando Valley, recently partnered with Mensch Bakery to deliver food to the Chabad House in Irvine. At that location, people from all over Orange County picked up their orders.

“These restaurants are willing to go out there and deliver food and people in Long Beach, Orange County and San Diego are willing to pay full prices for the luxury of this food. No one is asking for ‘corona deals,’ said Ronit Dahan-Edry, a Pico-Robertson resident who created the Facebook page “People supporting kosher restaurants, caterers + event planners in crisis.”

With a master’s degree in homeland security and emergency management, Dahan-Edry saw the pandemic as her opportunity “to give 100 percent back to my community. And what came to mind was ‘what will happen to all the kosher venues? Who will do our simchas when this is all over?’”

On the Facebook page, kosher businesses can advertise group deliveries and promote other offerings. But it also inadvertently highlights just how many of them earned a significant portion of their revenue from catering the myriad events, both familial and communal, that traditionally fill up a Jewish calendar.

With the future uncertain, “we’ve been asking ourselves how we will do things,” said Lieder of himself and fellow caterers. “At weddings, will we have to separate the tables by households? Will there be more drive-by guests who come only to say mazel tov to the bride and groom and do we offer them platters of food?” 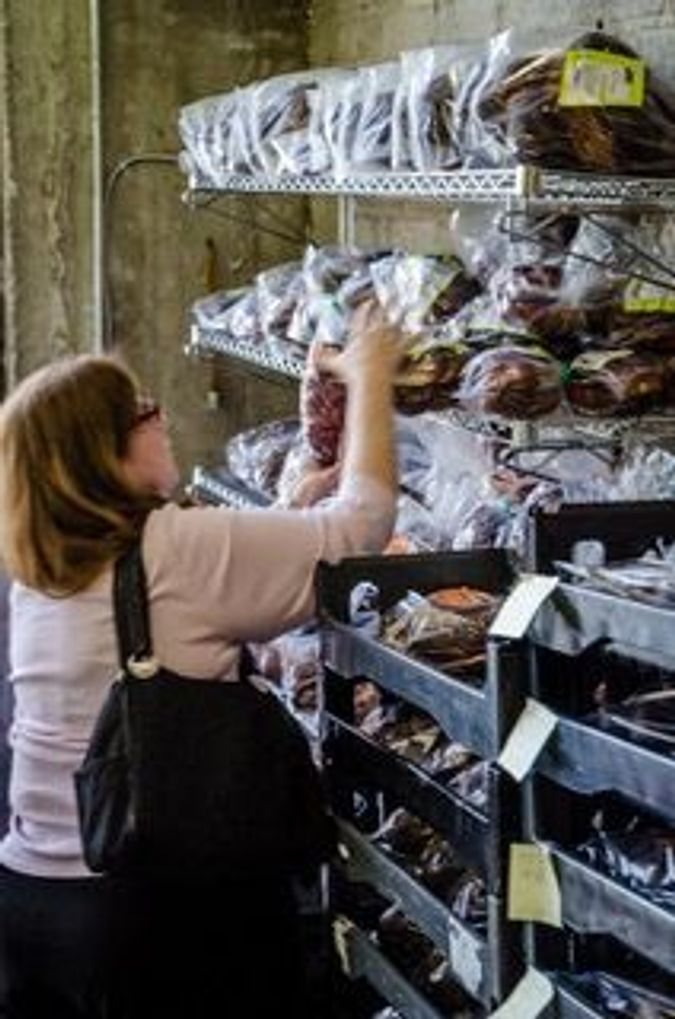 A shopper selects a pretzel challah at GotKosher!

The same can be said for dine-in service. “Are you going to be afraid of the waiter who puts the dish in front of you? Are you looking at the forks and knives and thinking the virus is on it?” asked Cohen.

While he would greatly lament an age where “it’s the end of restaurant atmosphere and of chefs getting to be creative,” Cohen continues to derive comfort from his customers, working as hard as he can to pay employees and Judaism. “I think of that Rosh Hashanah prayer, about who will live and who will die,” he said about the Unetanah Tokef. “This prayer reminds us that we are not in control of our lives. That has helped me not to fall into paranoia.”

One source of hope may be the community itself. The B’nai David-Judea congregation on Pico-Robertson launched an initiative to support local kosher restaurants and essential workers. The shul’s “Tikkun Corona Lunch” program launched this week when it purchased 15 pre-packed lunches from GotKosher! and distributed them to the nearby fire station.

Adivi said he remains optimistic. The kosher community will always want their restaurants. “Our hope is that when people come back into our restaurant, the experience will be better than ever,” he said.