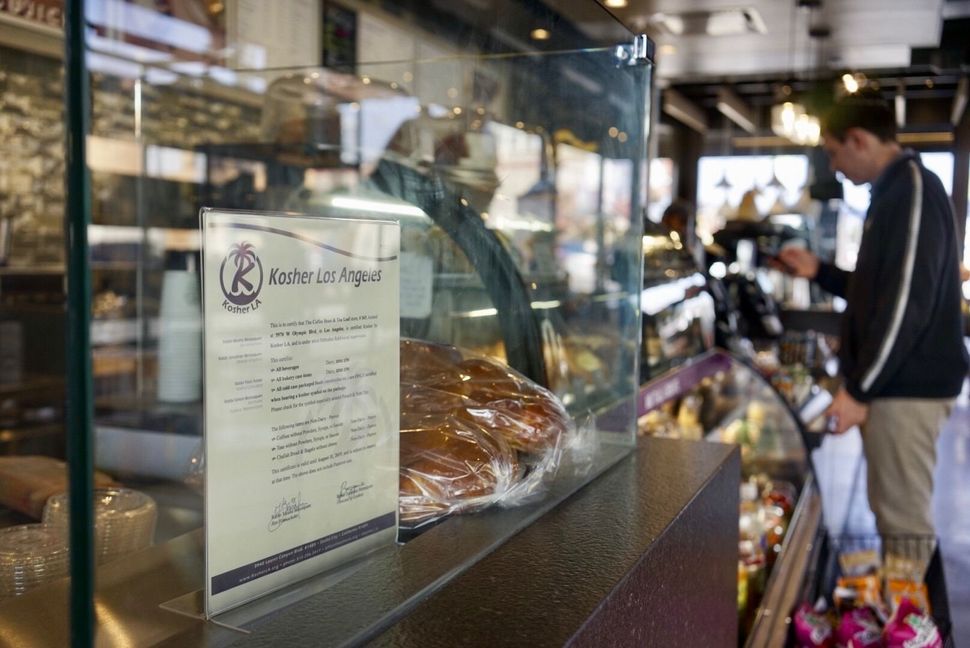 A few years ago, Sarah Blitzstein and a few close friends mapped out an unconventional 5K route. Instead of passing through local parks or looping around prominent Los Angeles landmarks, they chose branches of an institution that had been central to their friendship dating back to their youth: The Coffee Bean & Tea Leaf.

“It was our favorite place to hang out,” Blitzstein said. “It was our gathering place.”

They stopped at three or four Coffee Bean franchises around LA’s west side along the route, drinking pre-run coffee drinks at one and stopping for water at another. When they reached the finish line, Coffee Bean baristas — friends they had made over years of breakfast pastries and afternoon Ice Blended drinks — were awaiting with a congratulatory sign for their longtime patrons.

Today, Blitzstein can quickly produce photos of yarmulke-wearing family friends drinking Ice Blendeds from Coffee Bean’s trademark purple straws. “Half of my friends’ kids learned how to walk there,” she said. 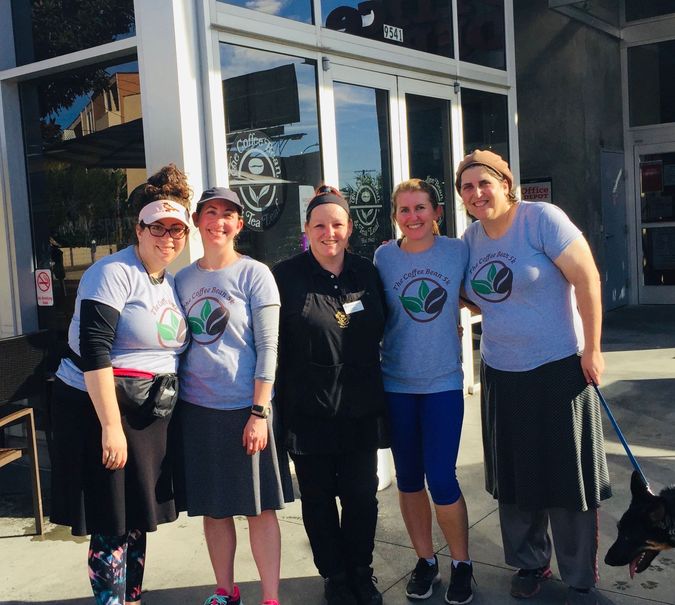 Sarah Blitzstein (far left). Above, they took photos with their favorite barista, Diana, after finishing their second Coffee Bean 5K in 2017. Image by (photos courtesy of Sarah Blitzstein)

What made the Coffee Bean an institution among Orthodox Jewish Americans like Blitzstein was the hechsher, or kosher certification, which applied also to the entirety of the chain’s wide selection of beverages, as well as baked goods, sandwiches, and salads, in the vast majority of its 1,000-plus stores in the United States. In many places, like a college campus with no kosher dining hall, or the Las Vegas Strip, Coffee Bean could be the only kosher establishment around.

But in a statement posted to its website on May 12, the Coffee Bean and Tea Leaf Corporation announced it would move to non-kosher bakery offerings, effectively forfeiting its certification storewide. The statement cited consumer research and the economic exigencies of the coronavirus pandemic, and noted that some packaged food offerings and all beverage ingredients would remain kosher.

“It’s very upsetting,” Blitzstein said of the news. “This is going to be a huge deal in the community.”

The announcement generated a swift uproar in among American Orthodox Jews. Multiple petitions to keep Coffee Bean kosher were launched on Change.org, one of which drew 5,000 signatures within 24 hours of its creation.

Zev Hurwitz, 28, the author of the more widely shared petition, wrote it shortly after learning the news, which he said came as a shock.

“I was raised on Ice Blendeds,” he said, referring to the company’s signature frozen drink, “and I had an iced coffee phase when I was in college.” A few years ago, he was obsessed with the Citrus Yuzu tea, a seasonal offering. “I spent like every dollar I earned that summer buying more of it,” he said.

Coffee Bean’s hechsher and ubiquity in the LA area gave it a value in professional settings that would be hard to replace. If a kosher blueberry muffin had shared a display case with a traif, or non-kosher sandwich, Hurwitz said he would not eat it.

“Coffee Bean is one of the only places I felt comfortable going to meet clients or donors,” he said. “Otherwise it would be weird, like ‘Why aren’t you getting something to eat here?’”

The kashrut commitment of Coffee Bean, which was founded by Jews in 1963 and was majority-owned for decades by the Sassoons, a Jewish family, has diminished since private equity took a stake in the company in 2013.

In 2017, Coffee Bean & Tea Leaf corporate began allowing privately owned franchisees to opt out of the kosher program, according to Kosher LA, which certified the stores in Southern California. Gradually, Coffee Beans at Paramount Studios in Century City and at Los Angeles International Airport gave up their certifications.

Meanwhile, the Los Angeles-headquartered company was shifting its focus overseas, particularly in Asia, where it opened hundreds of stores, including a kosher franchise in Singapore, where the Sassoon family had roots. Spokespersons for The Coffee Bean & Tea Leaf did not return The Forward’s request for comment.

In 2019, Jollibee, a food conglomerate based in the Philippines, acquired the company for $450 million and moved the headquarters to Manila. But in Southern California, Coffee Bean, whose bakery items included challah at some locations, remained a fixture of Orthodox life, a gathering place treasured by Jewish communities all along the coast, and an oasis in many kosher deserts.

“If you are on the Las Vegas Strip, you can hop into the Venetian and get something to eat,” Hurwitz said. At University of California San Diego, where he received his undergraduate education, Coffee Bean was the only kosher option besides the Jewish Community Center café.

The affinity of Jewish customers for the cafes, recognizable for their mahogany-panelled interiors and faux shipping crate displays, was alluded to by the May 12 statement. “We have long been committed to providing food and beverage offers that delight and inspire our Guests, including the Orthodox community,” it begins.

But, the letter states, a “listening campaign” embarked on by Coffee Bean corporate demonstrated that the “ever-changing tastes and preferences” of its patrons made switching to non-kosher bakery the appear financially practical. The change was initially planned as a phased rollout, but the coronavirus pandemic accelerated the timeline.

Publicly, the Coffee Bean & Tea Leaf has rejected the possibility of keeping stores in Orthodox neighborhoods kosher-certified. A representative told Jewish Journal reporter Kylie Ora Lobell that non-kosher status would apply to all stores “in looking at our overall business needs while at the same time trying to maintain a consistent brand experience across all of our locations.”

However, Rabbi Jonathan Benzaquen, director of kashrut for Kosher LA, which had certified the Coffee Bean restaurants, told The Forward the situation was still evolving. He declined further comment in deference to a statement he said Kosher LA would issue on Monday.

Hurwitz said if the petition reaches 10,000 signatures, he would take next steps in reaching out to Coffee Bean’s corporate leadership to see if some compromise could be reached.

__Louis Keene is a journalist in Los Angeles._