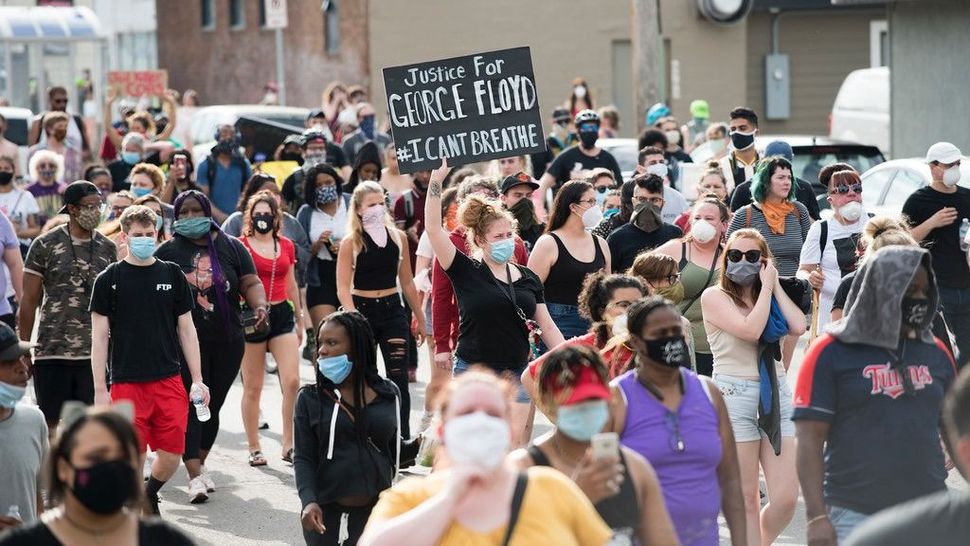 Thousands gathered on foot and in cars in south Minneapolis to protest against police violence and call for justice for George Floyd.

Minneapolis Mayor Jacob Frey condemned the death of George Floyd at the hands of the Minneapolis Police Department at a press conference Tuesday morning. Floyd, an African-American died Monday evening after a white police officer knelt on his neck outside a store at 38th Street and Chicago Avenue South. Video captured Floyd telling the officers he couldn’t breathe.

“Being black in American shouldn’t be a death sentence,” Frey said. “For five minutes we watched a white officer press his knee into a black man’s neck. When you hear someone calling for help, you’re supposed to help. This office failed in the most basic, human sense.”

Later Tuesday afternoon, Frey tweeted that the four officers involved in Floyd’s death were all fired from the Minneapolis Police Department by Police Chief Medaria Arradondo. 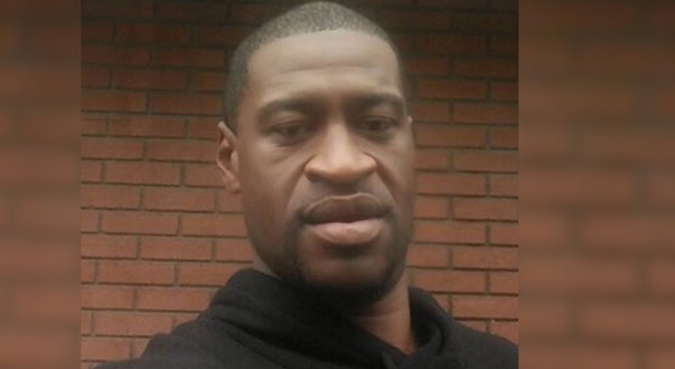 The Jewish Community Relations Council of Minnesota and the Dakotas, in its statement released Tuesday afternoon, said: “The Jewish community is outraged by the killing of George Floyd, a subdued and handcuffed African-American man, by Minneapolis police officers. We demand justice for his killing.

“Our hearts break for Mr. Floyd’s family and friends. We are also devastated for our friends and neighbors in the African-American community, including Jews of color. Your pain is our pain.”

Frey, the JCRC statement pointed out, sits on that organization’s board.

There was a rally at the corner where the death occurred Tuesday afternoon, which Jewish Community Action pushed out to its Facebook and Twitter followers, and encouraged mask-wearing and social distancing where possible.

“Wrestling with the pain and urgent need to respond to another white supremacist police killing in our state with staying safe during this pandemic,” JCA wrote. “ESPECIALLY as black and brown folks are disproportionately hit by this virus.”

We also know some of our partner organizations and allies in the community will be at this protest handing out masks to those who don’t have them. Great idea. Let’s make sure those masks are only for folks who don’t have their own. BRING YOUR MASK.

Congressman Dean Phillips, who represents Minnesota’s 3rd District, Tweeted: “I’m sad. I’m angry. And I’m horrified that such brutality continues to take lives – this time by an unauthorized chokehold. While we await the investigation, join me in grieving with a family & community in despair, and in calling for the reforms necessary to keep EVERYONE safe.”

Beth El Synagogue Rabbi Avi Olitzky posted on Facebook Tuesday afternoon: “To quote our teacher Rabbi Abraham Joshua Heschel Z”L: “The opposite of good is not evil; the opposite of good is indifference. In a free society where terrible wrongs exist, some are guilty, but all are responsible.”

Today we learn yet again that we still haven’t done enough and we must continue to ask the hard questions and push for #justice.”

Rachael Joseph, the founder and executive director of Survivors Lead, said “As survivors of violence, we know from personal experience that this can happen anywhere, anytime. We must demand more from our lawmakers and community leaders, whose inaction results in daily violence and abuse of power in our communities. ”

This story originally appeared in TCJewfolk. Reprinted with permission.