This ‘antifa’ group was also Zionist, pro-Palestinian and Yiddish-speaking — and it’s trending 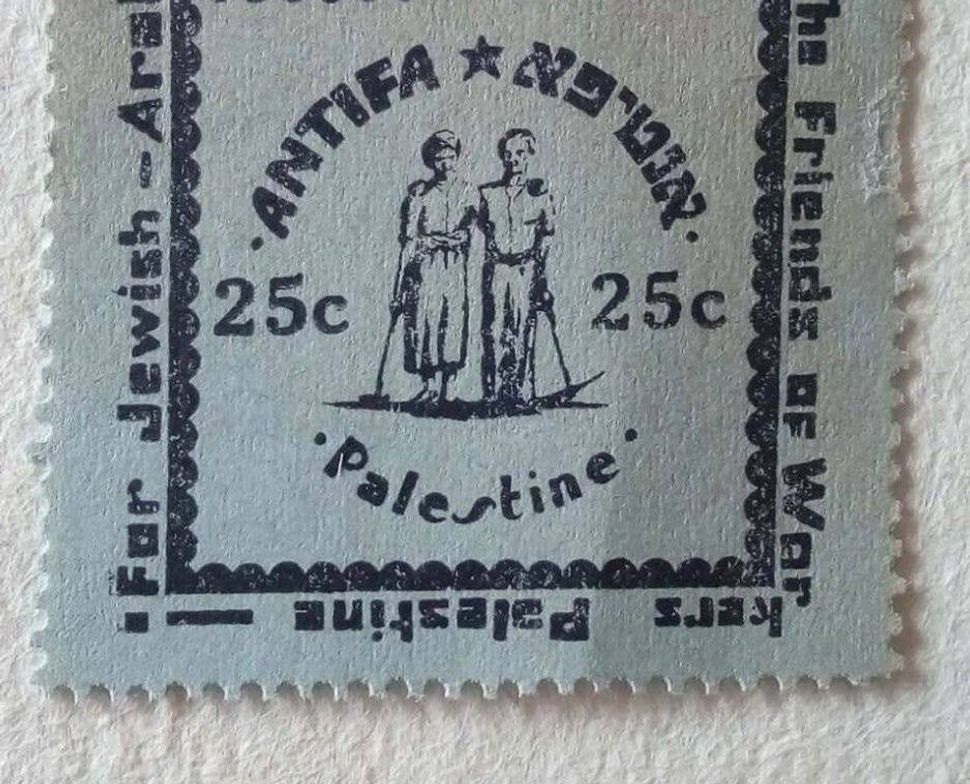 “Antifa” is in the air. It’s on President Trump’s lips. It’s trending on Twitter, but it’s not a new thing.

Indeed, it has a very Jewish history. It’s an ideology that was born in order to oppose Hitler. “Antifa” is short for “anti-fascist.”

It’s so Jewish that one of the items being shared widely on Twitter right now is the Yiddish and Hebrew manifesto of the antifa arm of a group that was an offshoot of a Marxist-Zionist political party, “Left Poale Zion.”

The document and the organization that produced it may seem like a bundle of contradictions, and maybe more so today. The group’s members were Jews … and Arabs. But they were also Zionists — the Arabs, too. And although the official Palestinian leadership sided with the Germans in an effort to end the British mandate, the Palestinian members of this group sided with the allies.

They recruited fellow Arabs to fight against the Germans and raised funds for the Soviet army. On the domestic front, the organization preached unity between Jews and Arabs and sought to integrate the Histdarut, Israel’s main labor union.

Here is the text of the manifesto, translated into English: 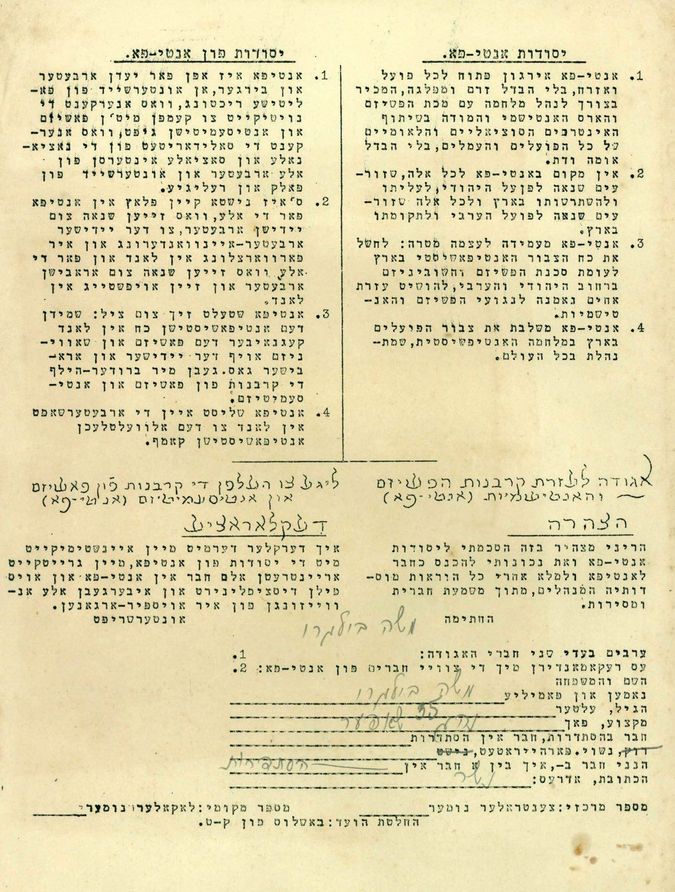 While contemporary left-wing Jews have no direct connection to this pre-state antifa organization, some on Twitter cite it and similar organizations as an inspiration.

Incredible. Antifa paraphernalia in Hebrew/Yiddish from Palestine dating back to 1934. Includes a stamp espousing Arab-Jewish solidarity, a May Day flyer calling on workers to join the ranks, and a statement of principles against fascism.

This was a year after Hitler’s rise. pic.twitter.com/0TZLFU8lhP

Spencer Sunshine, a scholar of the far-right, antifascist action and the Bund, the Jewish socialist movement that advocated Jewish cultural autonomy in Eastern Europe, noted that many leftist Jews view the Bund’s armed self-defense units as a precursor to antifa.

But there’s a key difference that likely keeps most contemporary Jewish antifascist activists from embracing this precursor organization wholeheartedly — its Zionism. Unlike in the 1930s, said Spencer, few of today’s American Jewish leftists would support a binational Zionist platform like the Left Poale Zion’s: “In young Jewish radicals’ eyes today these nationalists are still ‘Zionists’ and do not have the kind of legitimacy that makes them want to be looked upon as forbearers.”

This ‘antifa’ group was also Zionist, pro-Palestinian and Yiddish-speaking — and it’s trending