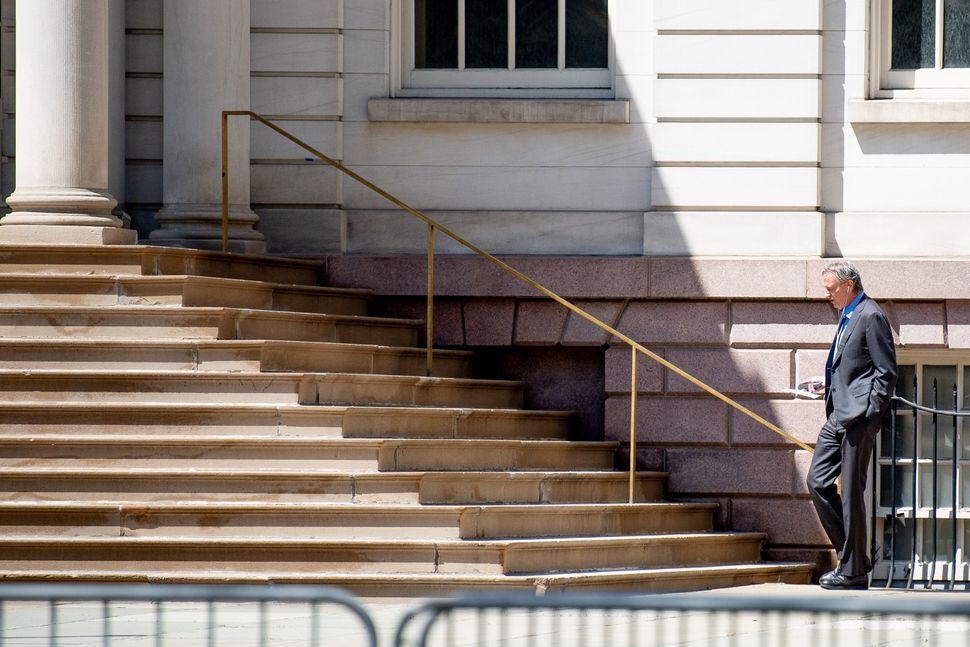 “Defendants have exploited the COVID-19 pandemic to create, over the past three months, a veritable dictatorship,” says the complaint. “While defendants jointly impose this arbitrary, pseudo-scientific regime of strict gathering limits for some groups and activities but not others, they are permitting closely packed gatherings of thousands to protest the wrongful death of George Floyd at the hands of a police officer, which have been taking place in New York City and every other major city in New York State day-after-day since Floyd’s death on May 25.”

The defendants, Reverends Steven Soos and Nicholas Stamos, as well as Daniel Schonbrun, Elchanan Perr and Mayer Mayerfield, claim that the government’s enforcement of social-distancing rules has been uneven, and has targeted religious groups.

The suit accuses the defendants of “singling out the free exercise of religion for strict regulation” and alleges that the governor, attorney general and mayor have violated the plaintiffs’ constitutional right to freedom of religion, speech, assembly, expressive association and equal protection under the law for allowing and even encouraging protests regarding the police killing of George Floyd.

The suit claims that unlimited in-person gatherings for things like state beaches and de Blasio’s infamous tweet to the “Jewish community” saying that he had “instructed the NYPD to proceed immediately to summons or even arrest those who gather in large groups” illustrate an uneven enforcement under the law. The suit also mentions that Cuomo on June 1 told residents, “Protest. Just be smart about it,” and “has not imposed on thousands of George Floyd demonstrators any requirement that they ‘socially distance,’” “nor has he imposed any limit on the size of their gatherings.”

Religious people have filed legal challenges against stay-at-home orders in at least 19 states, including New Jersey, a filing backed by a Lakewood rabbi.

William Barr’s justice department has specifically warned states and local authorities to steer clear of “discrimination against religious institutions and religious believers” during the pandemic.

The plaintiffs are being represented by lawyers from the Thomas More Society, a conservative law firm based in Chicago.