Activists want bias training for cops. The ADL provides it. But does it work? 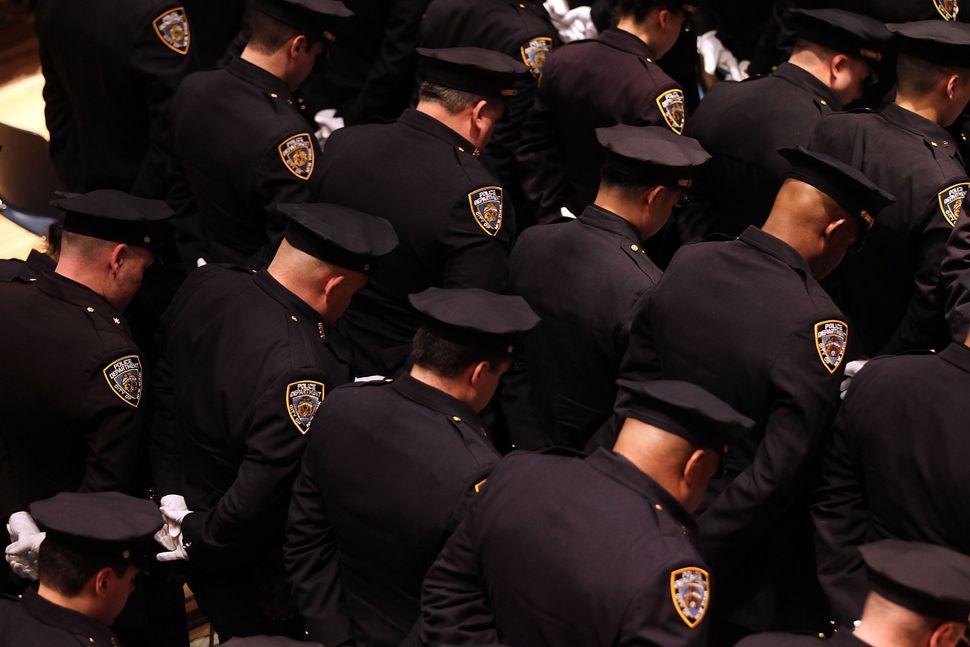 Texas is a famously conservative state, and not known for responding quickly to progressive political movements.

Yet the Texas State Police has responded to the Black Lives Matter protests sweeping the country with a commitment to provide every one of their 80,000 officers with “implicit bias training” that helps them identify their own unconscious biases — the ones that might lead to racist policing.

The Anti-Defamation League, already known for its work with police, has been providing bias training of this kind since late 2017. The ADL doesn’t have much data about its efforts because they’re so new, and its program has is different in important ways from other implicit bias trainings. Officers have reported to the ADL, however, that they are finding it useful, the organization said.

Such training has been a mainstay of police reform efforts for years, and calls to implement it more widely have surged during the national debate about how to stop racist policing. Even the Justice in Policing Act of 2020, the House of Representative’s attempt to start reforming law enforcement, mandates such training. (President Trump’s executive order doesn’t mention the word “bias.”)

“ADL’s mission, since its founding, has been to fight anti-Semitism and secure justice and fair treatment to all; this training finds its impetus in that mission,” an ADL spokesperson wrote in an email.

The ADL has trained 10,000 officers in 35 police agencies since it started offering this program in late 2017, it said. This implicit bias work builds on other police programs. The oldest is “Law Enforcement & Society,” which was established in 1999 and has brought more than 140,000 officers to the United States Holocaust Memorial Museum in Washington, D.C. to learn about law enforcement’s role in the rise of the Nazi party.

The ADL also teaches officers how to identify and investigate hate crimes, and another initiative brings American law enforcement to Israel to learn from the Jewish state’s counterterrorism experts. That program is controversial among Jewish organizations that are critical of Israel, such as Jewish Voice for Peace, which said in an emailed statement that, through the program, the ADL contributes to the “militarization of U.S. police.”

The ADL has facilitated implicit bias training for other organizations as well; Starbucks chose it to help run seminars for its entire staff after an employee called the police on two Black customers, but appeared to demote the ADL from its leading role after criticism of the ADL’s law enforcement programs.

Some of the police departments that have received implicit bias training from the ADL have needed the program because of serious problems with racial bias, such as San Diego, which provided at least 10 trainings from ADL to police staff ranked sergeant or above in 2019, according to minutes from a meeting of the city’s review board of police tactics. Others, like Brookline, Mass. and Albany, N.Y., have dealt with allegations of racist policing or distrust of police reported by residents of color. (The ADL declined to disclose any of its participant departments.)

The ADL declined to make the director of its implicit bias training program, Angelic Young, any training facilitators or anybody who had gone through the program available for an interview, but a spokesperson responded to questions via email. Young joined the ADL in September 2017, and has a background in promoting police reform efforts and promoting women’s inclusion in security professions.

American Airlines and “several generous donors” fund the program, the ADL said. It declined to say who developed its curriculum, but said that it was “developed through a collaborative, data-driven/research-informed process and regularly updated.”

The ADL’s training runs either a half or full day, often with two facilitators speaking with about 30 officers, according to Calvin Lai, a researcher who is studying the program. It is filled with presentations, discussions and break-out groups, starting with an overview of implicit bias. The officers are asked to consider certain policing scenarios, and talk through how their, or their co-worker’s, implicit bias might affect their actions. They also discuss the pros and cons of taking different actions to prevent bias incidents.

One of the day’s activities, described in an April 2018 edition of the Arizona Jewish News, is a “privilege walk,” which has officers stand in a line together and step forward every time they answer yes to questions about whether they enjoyed certain socioeconomic advantages. Another asks officers to find their place on a “bias spectrum,” which measures a person’s attitude toward certain stereotypes. Young told the Jewish News she also teaches the officers mindfulness techniques, which she said is “one of the things we hear that police officers like most about the training.”

The ADL asks officers who receive the training to give them feedback, and said that 92% of officers who have taken the training reported finding it useful, and that 85% reported that they felt “better equipped to manage implicit bias,” according to its website.

In order to truly assess the impact of the educational program, however, the ADL needs an independent, outside evaluation. Despite the increasing calls for implicit bias training, there isn’t much data yet on whether it’s effective.

The ADL is trying to address that problem. Two years ago, the organization gave Lai, an assistant professor of psychology and brain sciences at Washington University in St. Louis, a $77,000 grant to study the program.

He has collected data from about 4,000 officers who have participated in the ADL training. He declined to share his initial impressions from the data he’s received so far. He plans to create an initial internal report for the ADL in August, and have a publication prepared for submission to a scientific journal within a year.

“Basically the plan was to ask officers, ‘Hey, after this training, do you intend to do these things that we told you about? Do you think they work?’” Lai said of his research proposal. “The plan was also then to do a follow up, several weeks or months later, to see if they still do those things.”

Lai, however, has run into difficulties.

Getting the initial data — from surveys filled out by officers immediately before and after participating in the program — was easy, Lai said, but tracking down the participants to fill out a follow-up questionnaire either several weeks or months later has been much harder, and it’s been made more difficult by the coronavirus pandemic. Only about 500 officers have filled out those surveys.

“Things are not going quite according to plan,” Lai said.

Who’s at the front of the room?

Implicit bias awareness not an easy training to provide, said Matthew Barge, a consultant on police reform who has monitored the efforts of the police forces of Chicago, Baltimore and Seattle to comply with federally mandated “consent decrees” aimed at ending racist practices.

“If it is not presented in a very nimble way, officers will assume that what you’re saying is that officers are racist,” he said. “In my experience, that has tended to close officers up to whatever content you provide.”

The ADL’s program shares some elements with an implicit bias training program developed by Lorie Fridell, a criminologist at the University of South Florida. Her “Fair and Impartial Policing” program, run by a for-profit company, has taught tens of thousands of officers, including the New York Police Department. Both programs ask officers to be open to considering how their implicit biases affect their work, and teach skills for trying to manage those biases.

Unlike Fridell’s and other implicit bias training programs for law enforcement, the ADL’s facilitators are mostly not former police officers. Fridell, Barge and others have concluded that having someone at the front of the room who’s actually done the job can make the attendees less defensive in examining their biases.

Lai said this feature of the ADL’s program is useful from a research perspective: since “very few” of the facilitators are former cops, it could help him show whether the facilitator’s identity — police officer, civilian, Black, white, male, female — has an effect on the success of the program.

In an email, the ADL said that that “several” of its facilitators are current or former “criminal justice professionals,” and that each of its facilitators “has a solid anti-bias foundation” and that “all complete a multi-day training and certification program” that assesses their ability to deliver the material.

Another difference between ADL’s curriculum and others is that its program focuses more on implicit bias itself than on the role it plays in creating instances of racist policing, or reinforcing systemic racism in criminal justice systems. Barge said that he saw a version of the ADL’s training in Chicago in the fall of 2018.

“I remember that my takeaway was that it was good, very solid training, that it probably would have benefitted from a little bit more discussion of policing as opposed to just implicit bias,” he said. “A good implicit bias training is gonna confront some harsh truths about the way police work is specifically susceptible to biased thinking and decisions.”

The ADL declined to make any program documents available, and did not respond to an emailed question about the extent to which its program addresses systemic racism in policing.

Lai said that the ADL deserves praise for letting him have a high degree of independence to analyze their program data. He said he’s been “pleasantly surprised” by the arrangement, and noted that not all organizations that create curricula with progressive aims “put their money where their mouth is” to actually find out if the training works.

“I think they’re really interested in the answer,” Lai said.

Activists want bias training for cops. The ADL provides it. But does it work?