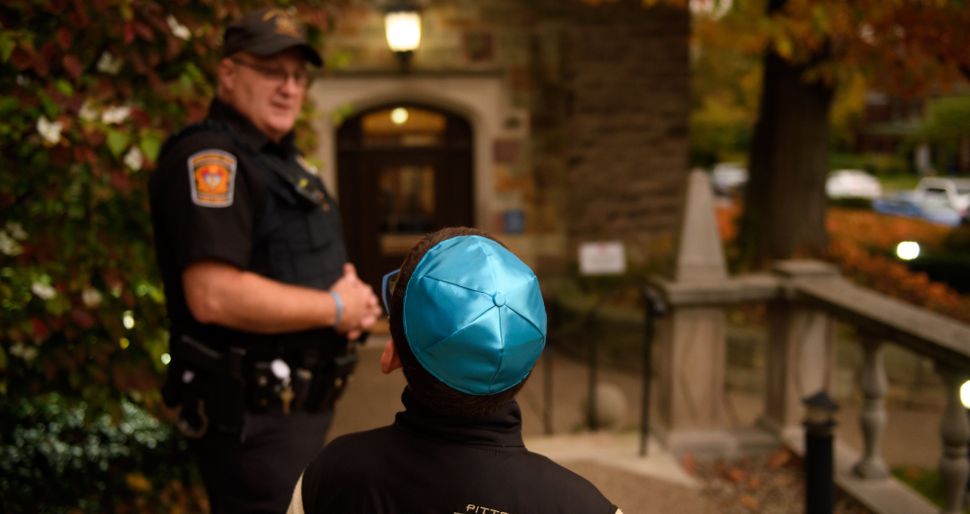 Securing Jewish institutions has rarely been this complicated: There’s the question of reopening, a spike in anti-Semitic activity online — which security experts worry could translate to physical attacks — and the pressing national conversation about racism in policing, and the Jewish community’s relationship to police.

The Secure Community Network is the Jewish organization at the center of these three issues. Created by two marquee Jewish organizations, the Conference of Presidents of Major American Jewish Organizations and the Jewish Federations of North America, the SCN says it offers security training and guidance to the 55 largest Jewish nonprofit organizations, the country’s 146 Federations and all of the synagogue movements, representing thousands of schools, community centers, camps and congregations.

The Network began as a small, secretive organization with a small budget and no employees. In the wake of the Pittsburgh and Poway synagogue attacks, however, it has burnished its reputation, expanded its offerings and raised more money. In 2017, the group had five employees, and received about $1 million in contributions. Now, its operating revenue is $8 million, and it has 30 employees and counting.

CEO Michael Masters, who joined the Network in 2017, was once the chief of staff of the Chicago Police Department, and has worked in security implementation and consulting in both public and private roles since then. In an interview last Friday, he was frank about the failings of the Jewish community: Many institutions have instituted security policies and personnel that have led to profiling or unsafe interactions with people of color and transgender people. 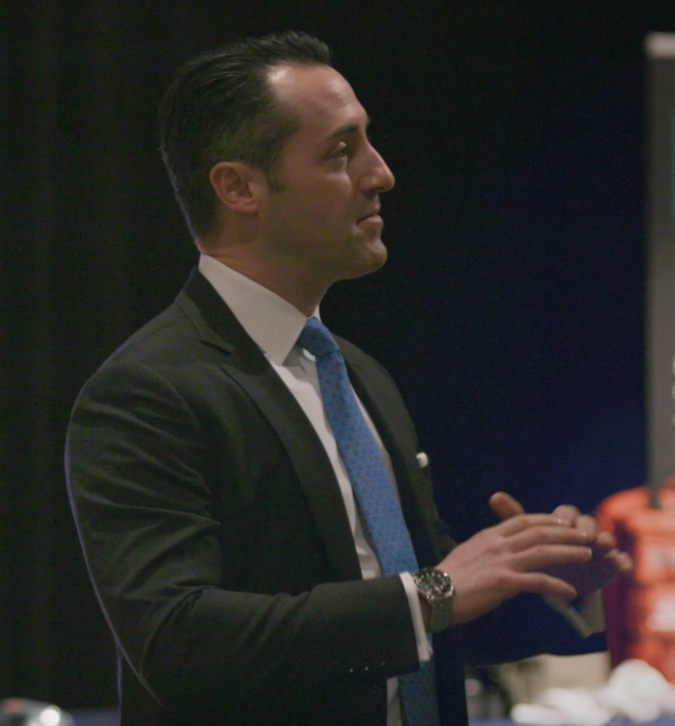 But while he is supportive of the growing movement for police reform — something he says he fought for during his time in Chicago — he believes that the Jewish community needs law enforcement to combat the unique threats it faces. At the same time, he says, the Jewish community has an important role to play in helping the black, brown and queer communities that see the most of biased and violent policing.

“We need to have an honest conversation about that and how those instruments of the state have been used or are perceived to have been used against those communities,” he said. “I think the Jewish community is in a position to lead on that, because we have been a community where that is a very real experience for us in the not too distant past, with catastrophic results.”

Ari Feldman: What kind of conversations are you having with security directors now? Have these conversations changed at all lately?

Michael Masters: The last three months have been preoccupied with facility closures, questions around the adaptation to the COVID-19 environment, and then reopening. And then of course, in the last two weeks with the protest activity and demonstrations, and then the elements that have chosen to take those opportunities to engage in looting and vandalism and violence. Ninety percent of the individuals running full-time community security programs in the Jewish community are former law enforcement. So the group is having a very dynamic conversation, just as you’d expect a group of lawyers talking about a Supreme Court case, or a group of doctors talking about COVID-19, about what they’re seeing and their reactions to it, with respect to some of the larger discussions about law enforcement reform, et cetera.

Can you describe that discussion?

Well, it’s a big network, and it depends on perspective. I think there’s an overarching agreement amongst a lot of law enforcement professionals that there’s some long overdue conversations that the current environment is pushing to the fore. And hopefully those conversations will ultimately bring us together more as a community than they will divide us.

Do the security directors in the network see themselves as part of that conversation?

I think I can speak for SCN. We certainly see ourselves as part of that conversation. And as somebody that’s spent my career in law enforcement talking about many of those police reforms, advocating for them, not always successfully, I think that we all have a responsibility, not just as law enforcement professionals, but as citizens, to be engaged in discussions around our civic well-being.

How specifically are you imagining SCN’s role in this evolving conversation?

We have focused our training programs on incorporating issues of bias, issues of de-escalation, issues of inclusion and diversity. I think leading by example is important. I have, professionally and personally, seen the impact of institutions or organizations that viewed our community as monolithic, when it is not. Their policies and procedures and security practices carried that mindset, to the detriment of Jews of color and people of color who were using our institutions.

And so what does that translate to, in terms of actionable steps?

Some of that remains to be seen. It’s a pretty fluid debate that’s going on right now. And I think that there needs to be space for that debate to play out, to see how we can best be supportive, how we can best play a role. A big part of it is listening to the organizations and the communities that are leading on these issues, are most impacted by them.

Do you plan on instituting any kind of programs or creating forums for that kind of listening to happen at SCN?

Does SCN have people in positions of influence in the organization who are people of color?

That is an area that we are looking to strengthen. We actually have a petition that I included in our budget for this year to work on inter- and intra-faith issues, inclusion, and diversity issues that we are looking actively to fill, so that we can make sure that we have that perspective within the organization, which I think is vital. I think it’s critical that we have someone internal to the organization that is managing that portfolio of issues and concerns, and working proactively on them.

Do you think that it’s also crucial for any Jewish institution to have a person of color, either in a consulting position or on staff, to speak to blind spots in their own security protocol that could allow for bias incidents?

I’m a big believer in the phrase, from the former Deputy Secretary of DHS, Jane Holl Lute, “Nothing about you, without you.” When I was in law enforcement and we would be developing training, it was antithetical to me that we could develop training that our officers would be using that would impact the community, but the community wasn’t involved in the development of the training. That phrase, “Nothing about you, without you,” needs to be roundly applied within the community. And that relates to race, it relates to ethnicity, it relates to citizenship status, or it relates to sexual orientation, or gender identification, and across the board. We have to ensure those voices are part of the conversation, if not leading the conversation, when it comes to safety and security.

How do we develop a standardized way to eliminate bias and opportunities for biased security in the Jewish community?

It starts with having an honest conversation with partners and stakeholders about historically, how bias has been, how they have been impacted by bias in safety and security procedures. How people are triggered by seeing an armed or guard presence at a community institution. And then it moves to how do we develop quality training that is able to ensure the safety and security of our institutions and address those issues.

That means including people of color, Jews of color, other groups that receive safety and security differently, whether it is based on religion, national origin, sex, gender identity or expression, to have that discussion.

Ultimately, the police are there to serve the public. The very Latin root of the word police is Polis. The issues and concerns that many people in our society feel towards law enforcement are very, very real. But that is a very different question than the necessity in the Jewish community for safety and security. We have had four deadly attacks on the Jewish community since October 2018. In the last three months, we have seen a surge of online anti-Semitic hate. That is a reality, which requires us, if we are going to reopen our facilities, to do so safely and securely, for the whole community.