More than 1,500 sign letter calling for investment in ‘re-imagined’ covenant with Jews of color 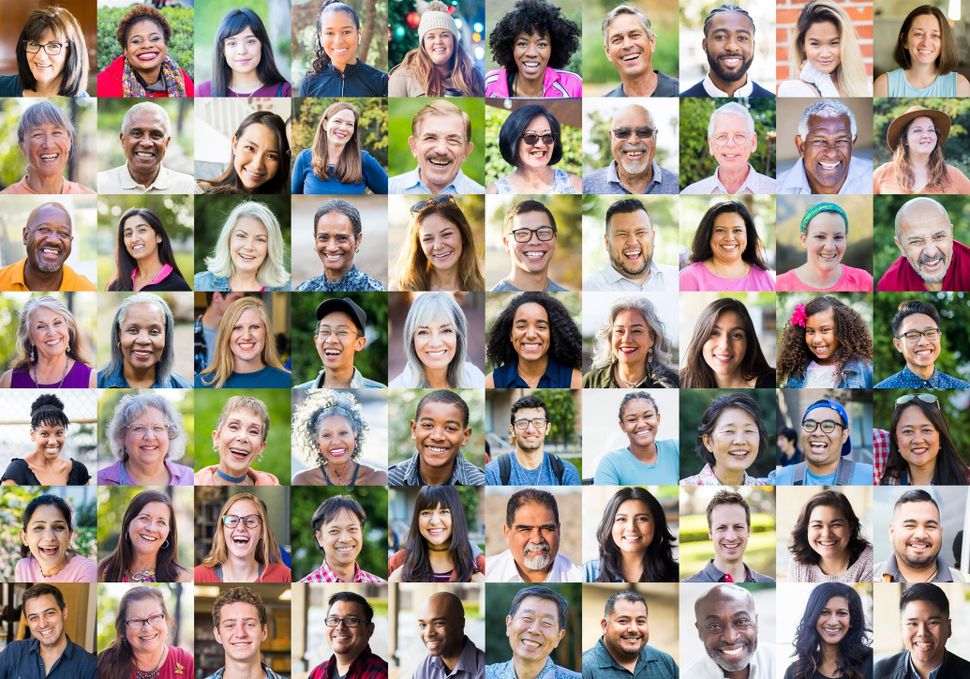 More than 1,500 people have signed an open letter published Friday that uses the religious language of “obligation” to demand that Jewish groups reserve 20% of board seats for Jews of color and take other steps to increase their representation at a time of national soul-searching about systemic racism.

“Judaism is predicated on a covenant which outlines the holy obligations we hold to one another as members of a community with a collective purpose,” states the letter. It goes on to “re-imagine” the communal covenant in the form of a detailed list of seven obligations which all donors and groups should take within three years.

Organizations and individuals across the country and the world have promised to fight racism in the aftermath of the death of George Floyd in late May at the hands of police in Minneapolis. This letter, however, is unique, said Una Osili, a professor at the Lilly Family School of Philanthropy at the University of Indiana in an interview.

“It’s very specific. We’ve seen similar calls, but this has specific percentages and funding targets,” said Osili, who who has studied how nonprofits become more diverse. “That stands out.”

Titled “Not Free to Desist,” the letter calls for its signers to explicitly endorse the statement (though not any specific group) “Black lives matter.” In addition to the board quota, it says 20% of the staff and leaders of Jewish organizations should be people of color. And it mandates the creation of a new organization to make sure the community follows through on its commitments to Jews of color. That group would operate for at least five years with an annual budget of $1.5 million.

Lindsey Newman, director of community engagement at Be’chol Lashon; Aaron Samuels, co-founder and COO of the black media company Blavity and Rachel Sumekh, the founder and CEO of the hunger relief organization Swipe Out Hunger wrote the letter.

The letter comes about a month after a rancorous communal debate over research into the racial makeup of the Jewish community. In May, Ira M. Sheskin and Arnold Dashefsky, demographers at the University of Miami and the University of Connecticut and editors of the 2019 American Jewish Yearbook, published an article suggesting that the portion of Jews of color is likely closer to the 6% — or about 420,000 — that the Pew Research Center estimated in 2013 than the 12% to 15% estimate put forth by a study commissioned by the Jews of Color Field-Building Initiative and led by Ari Y. Kelman of Stanford University.

Both studies noted that Jewish community surveys have not been well-structured to accurately count Jews of color, with Sheshkin and Dashefsky saying that one reason for this relative invisibility “may be due to Jews of Color being less likely to participate in the formal Jewish community.”

Indeed, many Jews of color have reported repeated incidents of discrimination and exclusion in the Jewish world.

Robin Washington, a journalist and activist with the diversity group Be’chol Lashon, found that very few Jews of color currently serve on boards of Jewish groups. Looking at the 51 member-groups that make up the Conference of Presidents of Major Jewish Organizations, Washington found in an article published on Wednesday that only two have board members who are Jews of color. They are the Union for Reform Judaism and the American Sephardi Federation. (Some Sephardi Jews consider themselves Jews of color.)

Aside from Washington’s work, there appears to be no other data on how many Jews of color serve on nonprofit boards.

Targets such as those included in the letter are necessary to make progress, Osili said, but her research has showed that getting organizations within a community to actually act can take time.

“It’s not one size fits all,” she said. “That conversation starts with, ‘What is our mission? ‘What are our goals?’”

More than 1,500 sign letter calling for investment in ‘re-imagined’ covenant with Jews of color