I’m a black rabbi. I’ve never been in a Jewish space where I wasn’t questioned. 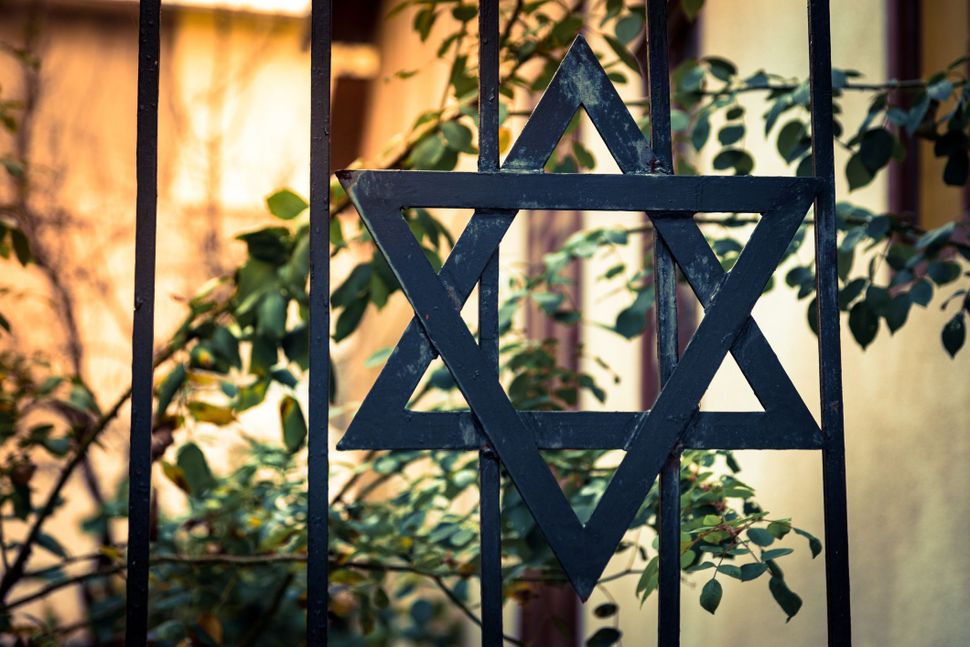 I converted to Judaism because I fell in love with Judaism. I also naively believed that once I converted to Judaism, I was Jewish and would be treated equally as a member by others in the Jewish community. The reality, however, is the opposite, and I regularly find myself confronted by Jews who benefit from white privilege and to whom I have to explain my existence.

A few weeks ago I tweeted: “Let me be clear. You are either racist or anti-racist. Those are the two choices. The latter means you are working every day either emotionally or physically to dismantle the racism that we all have been taught since day one in the United States.”

Let me be clear. You are either racist or anti-racist. Those are the two choices. The latter meaning you are working everyday either emotionally or physically to dismantle the racisim that we all have been taught since day one in the United States.

The tweet has gotten a lot of attention, and I want to take this time to unpack it. I will start with an analogy. The analogy I often use to explain racism is that of a baby. Imagine we are beautiful babies; we are without bias because we have not learned any biases yet. Now, imagine that we are babies out in the rain and getting wet (don’t ask why a baby is in the rain but just go with me). Also, imagine that the rain is made up of all of the biases that we learn about different groups in our society. That rain is racism, homophobia, sexism, anti-Semitism, and so on. As we grow up, we continue to get rained on and learn untrue stories based on stereotypes about black people, people of color, and other marginalized groups. The messages that the rain conveys tell us that in America, being white, straight, and Christian is normative.

Hopefully, as we grow up, we will notice and realize at some point that we are soaked from the rain. We will try to unlearn all the biases we were taught. We don’t want to be racist; we don’t want to contribute to a racist system and want everyone to be treated equally. So we dry off. The problem is that the rain returns over and over again, and we will have to continue to dry off. That is racism. Racism keeps coming back, and we have to continue to work hard to unlearn what we have been taught about black people in our society. We all suffer from the ills of racism because we are all a product of a system designed to privilege one group of people over another, and we can choose to be racist or antiracist.

Following the recent murders of George Floyd, Ahmaud Arbery, and Breonna Taylor, I see the efforts that many in the Jewish community are making to condemn racism in our society. It is much appreciated and I am proud but we must do the hard work to be antiracist in our own Jewish communities. Seeing Jews and Judaism through the lens of whiteness allows many in the American Jewish community to be racist and not see racism when it is happening in our communities. The assumption that Jews are white renders black Jews invisible, which results in me often not being considered as authentically Jewish or not Jewish at all. Given our recent events, I feel compelled to share some personal thoughts which I hope will promote empathy, encourage reflection, and invite discussion.

I am a black female rabbi educated about our Jewish tradition through an Ashkenazi Eastern European normative lens. As a black American, I have grown accustomed to fighting racism in public spaces; as a black Jew, I have watched many Jews make false assumptions about who is and who is not Jewish. In other words, from a personal point of view, as a black Jew, I regularly experience racism in Jewish spaces.

Regrettably, I am not the only one who has this experience, and other Jews of color can relate to my experiences.

In fact, I have never been in a Jewish space where my Jewish identity has not been questioned. I have been asked multiple times upon entering Jewish spaces if I belong. I have repeatedly been asked by strangers, how am I Jewish, when I converted, am I an ordained rabbi, “Don’t you have to be Jewish to be a rabbi?” and so on.

This kind of questioning and some might call it investigation, even if well-intentioned, makes me feel unwelcome. And even if I do not engage or (want to) reply, I am often prevented from carrying on with my day. I am bombarded because you, as a white person, need to know details about my life.

Questions like these send messages to people of color that we do not belong and in order to belong, white people need to feel safe.

I understand that many white Jews do not see themselves as racist. Racism is associated with someone who is a member of the Klu Klux Klan or someone who is a Neo-Nazi. They may also think of American slavery and lynchings, and yes, these are all excellent examples of racism.

But focusing on these examples of what it means to be racist keeps many white people from identifying racism in their own communities and daily lives and understanding that racism has evolved.

The racism I experience in the world today looks vastly different from the racism my parents experienced in the 1950s and 1960s, and the racism they experienced looks different from the racism their parents experienced, and yet it is still racism. The concentration on the KKK and Neo-Nazis as examples of racism narrows the focus of racism and makes many white Americans believe that they have never witnessed racist behavior (unless it is on video), and creates the assumption for many that racism in America is over.

When I use the word “racist,” it freezes many in the Jewish community into inaction. Many believe that this is the worst possible word that one could be called, causing many Jews to proclaim, “I am not a racist,” “I don’t see color,” and “I am not white.” The problem is that saying that you are not racist also means that you are not doing anything to dismantle our racist system.

Lastly, the statement that you are not white because you are Jewish demonstrates a lack of understanding of how whiteness operates in our society. Just as racism has evolved, whiteness has evolved. White privilege is the social, economic, educational, and legal advantage that people get for being perceived as white.

To my brothers, sisters, and gender non-conforming Jewish family who want to dry off and do better, we must listen to the experiences of black Jews and other Jews of color. We must acknowledge and accept that racism exists in our communities, and we must work hard to dismantle and eliminate racism wherever it appears so that we can truly live up to our Jewish values and remember that we were all present at Sinai.

I’m a black rabbi. I’ve never been in a Jewish space where I wasn’t questioned.