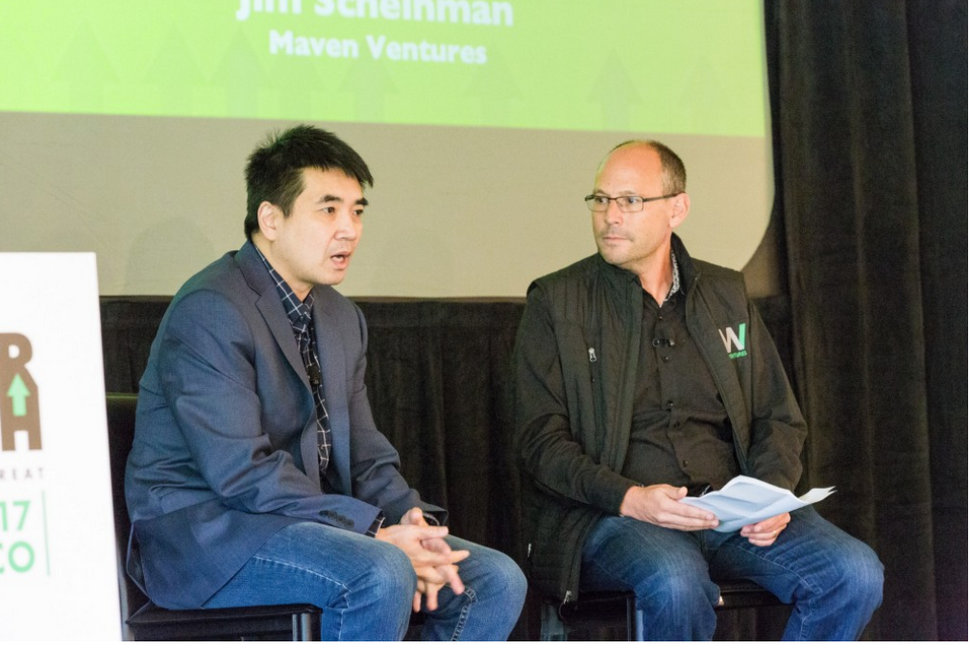 Early on in Jim Scheinman’s investment career, a cousin suggested he take a look at a video-conferencing startup called Saasbee. Scheinman liked the company for its social benefit but thought the name was awful. He suggested an alternative, inspired by one of his children’s favorite books: “Zoom City,” which he said conveyed the concepts of creativity, exploration, happiness and trust.

Eight years later, the company whose name he suggested – Zoom – has entered the lexicon as another genericized word, right up there with “Google,” “Yelp” and “Xerox.” In a time of disconnection and disruption caused by the coronavirus, it has reshaped society as an essential tool in bringing people together, from business meetings to game nights to funerals, shivas and in all likelihood, High Holiday services in September.

“Zoom has been a powerful way for the Jewish community to stay connected. Ask any rabbi in the U.S. and around the world and they’ll tell you how Zoom has been the lifesaver for their community,” Scheinman said.

He predicted Zoom will continue to play a major role in Jewish life, even after the pandemic passes.

“In the new normal, some people will be happy to go back to the way it was and attend things in person, but many will continue to choose to attend virtually via Zoom,” he added. “It’ll be an amazing experience to have 300 people in person and another 300 attend via Zoom.”

Scheinman is co-founder of Maven Ventures, a small early-stage investment firm in Palo Alto whose name alone suggests that Judaism is never far from the mission. Zoom, one of his first investments for its social benefits, now has a current market value of about $70 billion, bringing Maven a return of more than 200 times the investment(https://www.cnbc.com/2020/05/29/zoom-next-big-platform-for-startups-to-build-billion-dollar-businesses.html).

“With every one of our investments, we really think a lot about Tikkun Olam,” he said.

Now, he said, it’s time to add a new dimension to his investment work.

Just as Silicon Valley continues to confront the need to hire more women and invest in their companies, events of recent months across America highlighting racial injustice have underscored the same need for people of color, who have significantly lagged behind whites in business and investment opportunities. As the country undergoes a degree of introspection over how to overcome systemic racism, Scheinman is embracing a new responsibility to confront racial inequality.

He read a Facebook post from a black friend of his from middle school who recalled visiting another friend as a kid, and a white neighbor summoned the police “because there was a tall black kid in the house.”

More recently, he joined a Black Lives Matter rally in Los Altos where whites and Jews, he said, outnumbered black participants. One of the organizers, a 23-year-old African-American and graduate of Los Altos High School, told people he has been pulled over by police “15 times in his life, never arrested, but thrown out of his car, pushed in his face, got a knee in the back. He remembered him saying, ‘Only by the grace of God I didn’t get shot; I didn’t get killed.’”

“That’s just the life of one black kid growing up in Los Altos,” Scheinman said, “let alone somewhere, you name it, not as comfortable.”

Scheinman, 53, grew up in a “Reform-Conservative” home in Cedarhurst, Long Island, moved with his family to Las Vegas, went to law school, ran a business, practiced law, then turned to his true love, investing. He’s been at it 12 years now, but going forward, he said, the profile of Silicon Valley needs to change.

Another, commissioned by the Knight Foundation, found that less than 1.3 percent of the $69 trillion in global assets held in mutual funds, hedge funds, real estate and private equity is managed by women and minorities.

“This is a wake-up call for investing in people of color, in black founders and working more closely with black VC investors,” Scheinman said, referring to the general landscape of the industry as well as his own corner of it. He plans to accelerate efforts to diversify the firm and its investment choices.

Scheinman’s Judaism has influenced other projects. Three years ago, he began the JVC Network – J for Jewish – as monthly meetings that bring together Bay Area general partners to learn about Judaism and Israel. It has grown from a handful of participants to 150, with a guest speaker at each session. The latest speakers were the author and journalist Yossi Klein Halevi, former American diplomat Dennis Ross and Rabbi David Wolpe of Sinai Temple in Los Angeles. 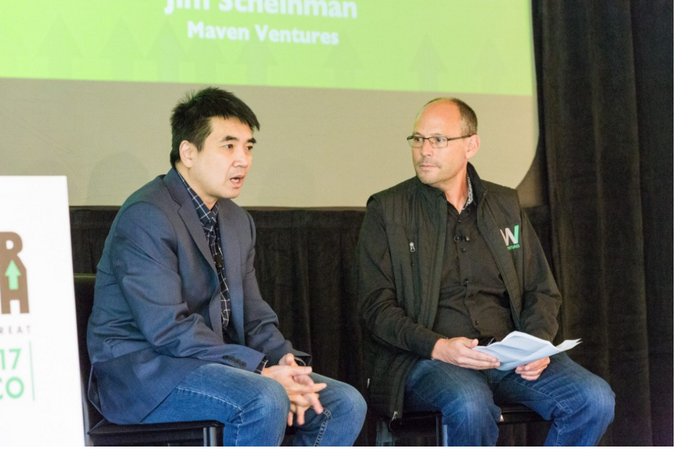 He is also working with the Anti-Defamation League, raising money for a program called H.O.P.E. — Hate Online Prevention and Elimination — to raise awareness of the ease by which anti-Semites and other groups use the internet to speed hate.

“This is not going to happen overnight,” Scheinman said of the urgency for diversity. “This is going to be our start, and our kids are going to continue. We need to do things around this to make this a better world for all of us.