TikTok has a Jew hatred problem. Do Jews on the app think it’s worth saving? 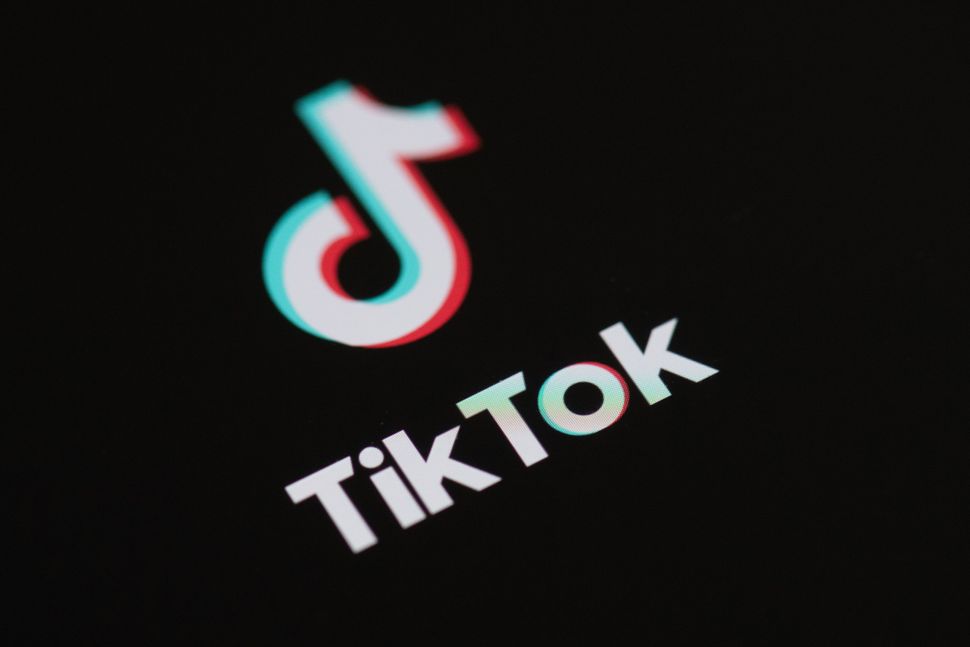 There’s a new song making the rounds in the Jewish corner of TikTok, the colorful video-based social media platform so beloved by tweens, teens and people in their twenties: Nicki Minaj rapping over the Hora.

Since the remix was first published on the TikTok in June, the Jews of “Jewish TikTok” — a community dominated by Gen Z — have embraced it as accompaniment for a variety of videos, like an awkward dance or a challah-braiding tutorial.

Yet the song has brought with it something that many Jews who spend a lot of time on TikTok have become used to: anti-Semitic comments and videos.

The climate of anti-Semitism on the platform — existing alongside videos filled with hate for women, queer people, Black people, Muslims and other minority groups — has frightened and frustrated Jewish TikTok creators. Yet despite the hatred, and amid speculation that the Trump administration is moving to ban the app, they insist that TikTok is a unique venue for Jewish youth culture — one worth saving.

“We don’t make this content for the haters,” said Laura, a 21-year-old Jewish woman on TikTok, who spoke on condition of anonymity lest malicious commenters share her identity on the platform. She found anti-Semitic comments on her own Minaj/Hora video. The anti-Semitism, she said, is ”scary, and it’s really discouraging, but it’s not gonna stop me.”

TikTok, which is owned by the Chinese company ByteDance, is perhaps the fastest-growing social media platform in the world, hitting 2 billion downloads in April after just three years outside the Chinese market. It has become a media and education sensation, with reporters, especially at the Washington Post, using the platform to make “snackable” videos about their reporting, and teachers offering students the chance to make TikTok videos as homework assignments. According to a recent survey, a quarter of American respondents ages 12 to 34 reported using the platform.

The general culture of TikTok videos is one of whimsical, idiosyncratic self-expression and creativity, often with a healthy dose of self-deprecation. The videos on Jewish TikTok, driven by humor and ingenuity, similarly blur the line between cultural pride and cultural sheepishness. You can find cute, almost sentimental one-person sketches about stereotypical Jewish mother behavior alongside stylized and goofy responses to blatant anti-Semitism, as well as this particular work of artful rhyme.

Indeed, the recently proclaimed “Queen of Jewish TikTok,” Brooke Averick, a.k.a. @LadyEfron, is known for mixing embarrassing personal anecdotes with nuggets like “unpacking” a photograph of herself on her bat mitzvah.

But, as the many users that have joined the platform during the pandemic have learned, creators and users reveling in the world of Jewish TikTok must also live with a strong culture of anti-Semitism.

“I make a video about raising a child on TikTok and the comment is like, ‘Die kyke,’” said Lev Stark, an Orthodox school administrator in Los Angeles who makes videos about parenting and teaching teenagers. “It’s as if it’s 100% OK to be anti-Semitic on TikTok.”

Anti-Semitism on the platform is not new, and ByteDance says they are working on it, yet it persists.

In December 2018, Motherboard published an article titled “TikTok Has A Nazi Problem.” Earlier this month, videos featuring a song with the lyrics “We’re going on a trip to a place called Auschwitz, it’s shower time” got more than 6.5 million views over a period of days, after being promoted on TikTok’s algorithm, before the platform removed the song and the videos.

A spokesperson issued a statement but did not answer questions sent via email.

“TikTok is a platform for creativity and inclusivity,” the statement said, adding that TikTok has Community Guidelines and that the company takes action against violations like bullying, harassment and hate speech.

TikTok’s unique video format, and its young audience, make it a particularly dangerous place for internet hate, according to a study released in May by the Institute for Counter-Terrorism in Israel, a group that researches internet extremist behavior.

It’s almost impossible to quantify the level of anti-Semitism on TikTok, or reliably compare it to other popular social media sites, because such videos may not be easily “searchable.” The image meant to tip off viewers to white supremacist or neo-Nazi leanings might be on the creator’s shirt, for example, or on a poster on the wall behind them — something not easily “seen” by an algorithm.

Indeed, TikTok has drawn scrutiny from several Western governments for close ties to China’s government. In recent weeks, the Trump administration has signaled it is considering limiting access to the platform in some way, though it is not clear how they could do so. TikTok has repeatedly denied that it shares data with the Chinese government.

In addition to producers of content on TikTok, consumers are at risk, as well — in some ways, they are more vulnerable. While TikTok stipulates that users must be older than 13, it’s also increasingly popular among elementary school students. (Including my 9-year-old upstairs neighbor.)

“I’ll tell you what makes me lose sleep: the audience,” said Gabriel Weimann, lead author of the Israeli study. “We are talking about a special audience which is gullible, easy to manipulate, unaware that this platform can be used by the bad guys.”

In the statement, TikTok said it uses a “combination of technologies and people” to identify and remove content that violates their guidelines.

Yet in response to the hate, some Jewish TikTok creators spend almost all their time on the platform responding to anti-Semitic comments — especially those from people who accuse Jewish creators of being complicit in Israel’s military occupation of the West Bank, even when their videos have nothing to do with Israel.

But progressive creators with followings in the millions post videos critical of Israel, and within a few weeks she was spending hours a day responding to misinformation, as well as comments conflating American Jewish identity with Zionism, and Zionism with genocide and a “second Holocaust” against Palestinians.

“In the comments on those videos, which will be in the tens of millions, will demonize Jews — not the Israeli government, not the IDF, just Jews,” she said.

Rajagopal said that the anti-Semitism can be even worse for visibly Jewish people, such as Orthodox Jews, who have their own micro-communities.

She said she gets several messages a week from Jews asking for advice on how to deal with anti-Semitism, and she tells them that the platform’s Jewish corner is worth fighting for, but that they should leave if it’s just too hard.

Other Jewish TikTok users are organizing to push back.

If there’s a series of videos that require a response, for example, a group might divvy up in a group chat who should respond to what, said Elisheva, a 20-year-old in Brooklyn, who also only spoke on condition of anonymity to protect her privacy on TikTok.

“If our voices aren’t on the app, then all that people will see is the opposition,” she said.

TikTok has a Jew hatred problem. Do Jews on the app think it’s worth saving?