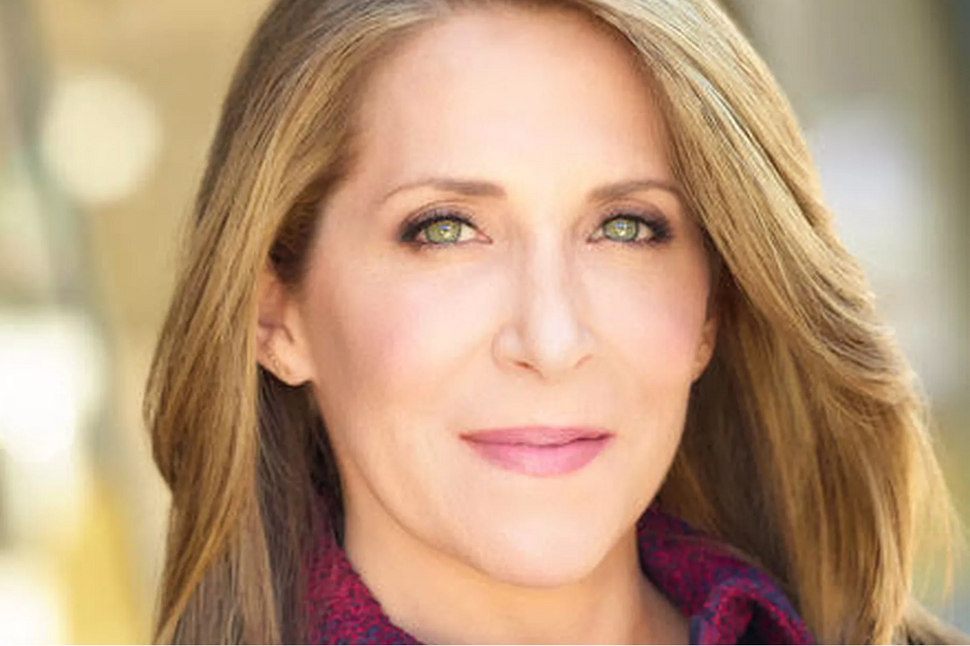 As a former CNN White House correspondent, Yellin, 49, is no stranger to household names. During the time she covered the White House, she interviewed both Barack and Michelle Obama, Hillary Clinton, Rahm Emanuel, John Boehner and dozens of other prominent politicians. And yet, getting Fauci for her burgeoning, self-created platform was a major coup. 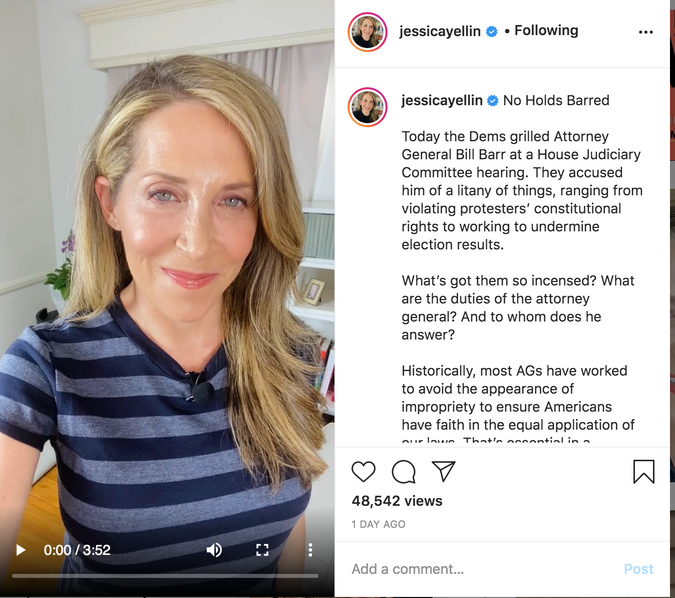 Conducted ahead of the July Fourth weekend, when concerns over large gatherings loomed in the national consciousness, Yellin’s Fauci interview was viewed more than half a million times. Jennifer Aniston re-tweeted it to her 35 million followers. Natalie Portman ‘liked’ it. And they weren’t the first celebrities to praise Yellin’s work: Kerry Washington, Amy Schumer, Selena Gomez, Jessica Seinfeld and Trump impressionist Sarah Cooper are also among Yellin’s 300,000-plus followers.

Still, it’s a fraction of the estimated millions of American women Yellin is targeting with “News Not Noise,” the start-up she launched in the summer of 2018 as an alternative news source for an untapped audience. At a time when newsrooms across the country are convulsing with questions about how to deliver news – and who should deliver news — Yellin is focused on how to make news more accessible. Her program is designed for people who crave information but wish to avoid the partisan spectacle-of-outrage that gets so much air on cable television.

“As corny as this sounds, I got into news because I actually thought it was a form of public service,” Yellin said. “There is a reason the press is the only private business explicitly protected by the U.S. Constitution; and that’s because the press is here to educate and inform voters in a democracy. That’s our job. I had so many amazing experiences as a person inside the system, but I always felt there was an audience not being addressed that wanted news but needed it told differently.”

Yellin takes issue with what she describes as the conventional wisdom in Washington — which is that undecided voters who end up deciding elections – the “Nascar moms, Walmart moms, soccer moms, people who happen to be overwhelmingly female” –are disengaged or disinterested in politics. “There’s this theory in news that conflict gets eyeballs,” Yellin said. But her target audience prefers calm. They want news explained and put into context. “They don’t want to hear a panel of pundits yelling about attack ads,” she said.

“My whole philosophy is that the way we tell news is designed to compete for your attention through conflict and triggering fear and anxiety,” Yellin said. “But I believe empathy and concern are another way in – Hollywood is all about this, for example. So how do you bring that into the news? My audience wants information that leaves them feeling ‘OK’ when they’re done.”

“It’s a very noble goal she’s got,” Raphael J. Sonenshein, executive director of the Pat Brown Institute for Public Affairs at California State University Los Angeles, said. “But I’m not persuaded people are praying for the end of conflict. I think people want a resolution to the conflict. [Yellin] assumes people miss the old days of the MacNeil/Lehrer report. But by an amazing coincidence, it turns out that what people want is whatever you’re proposing to offer: If I want to offer junk, I can find plenty of people who want junk.”

Yellin’s aversion to noise, which she defines as “speculation, outrage, rhetoric” may stem in part from her upbringing in Los Angeles, where her parents exposed her to a sophisticated intellectual and political life.

Her father, Ira, was a renowned real estate developer who pioneered the rehabilitation of Downtown L.A.. He purchased the famed Grand Central Market in 1984, which Yellin’s mother, Adele, rehabbed to great fanfare after Ira’s death in 2002, and recently sold. Public service was a family expectation, and Yellin’s childhood home was a revolving door for civic and political events that contributed to both the community and country.

“My dad’s whole thing was: It’s not enough to crush it professionally; you also have to make the world a better place,” Yellin said. “He came from a long line of rabbis on both sides of his family. He was a real community person and he had an orientation to teaching. He felt a sense of obligation. So this is what I know how to do. And I see an unmet need.”

Yellin left L.A. to study at Harvard University and earned her entre to the White House as an intern during the Clinton Administration. Watching the President’s press briefings inspired her to become a journalist. She spent the next several decades working her way from local news reporting in Orlando, Florida to national news on MSNBC, ABC and ultimately the front lawn of the White House.

Yellin’s approach with “News Not Noise” is stripped-down and streamlined. Every weekday, she records a three to five minute video focused on the major news story of the day and why it matters. She also posts extensive Instagram stories that function as a daily news digest, in which she links to the most pertinent journalism of the day and peppers it with personalized CliffsNotes.

Also part of her repertoire are frequent interviews with relevant specialists, experts, artists and government officials who weigh in on the big stories. Her guests are a diverse lot: In recent months she’s talked to COVID19 survivors, doctors and scientists as well as celebrity figures, such as actor Jennifer Garner, who addressed child hunger, and writer Elizabeth Gilbert who discussed inner resources for trying times. 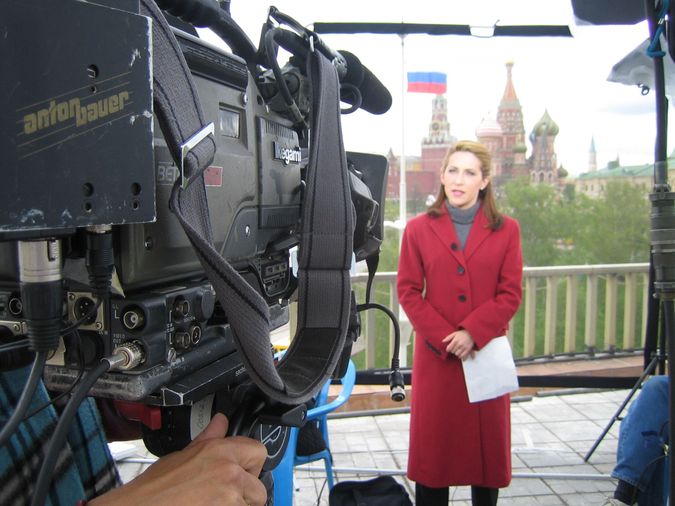 The biggest difference between what she does now on Instagram and what she did back when she covered the White House, Yellin said, is that now she receives immediate feedback from her audience. This was most apparent back in February, when early reports about Covid 19 were trickling out from Europe, but the U.S. was not yet taking the virus seriously. One of Yellin’s viewers in Italy reached out to her and suggested that her equanimity in delivering this particular story was inappropriate; in this case, her intentional “calm” was doing a disservice to her viewers.

“I wasn’t dialed in enough to how serious this was overseas,” Yellin said. But after the viewer intervention, she dove into the story with new urgency. Her coverage was so appreciated, scores of people on the frontlines — doctors, nurses, scientists and patients — reached out from around the globe, giving her access to boots-on-the-ground stories which in turn elevated her news coverage.

While newsrooms around the country convulse with questions about representation, objectivity and moral clarity, Yellin is something of a throwback. As more and more individual journalists and institutions alike expose their political leanings, Yellin refuses to engage in partisanship. That doesn’t mean she withholds her “take,” as she calls it – that’s what her audience comes for — but she does her best to deliver that take based on facts, careful analysis and without snark.

“This whole notion of objectivity in news is false,” Yellin said. “Any reporter reports the facts based on what they see, hear and understand. So I’ll say to the audience, ‘I’m gonna call out President Trump because he did a string of lies today. These are the facts. If you dislike this report because it reads as partisan, I’m gonna tell you that it’s really challenging as a reporter to constantly call a president out on his lies – but that’s the situation we’re in.’”

Asked whether she thinks her audience views her as left, right or center, Yellin shot back, “That’s not up to me and I can’t concern myself with that.” Even though she’s at the ready to call out President Trump for disinformation, she avoids offering an opinion on him. “I find that people get alienated through that conversation as opposed to engaged,” Yellin said. “Trump sucks up so much attention, we [stop] looking at the impact of policy.”

These days Yellin spends so much time focused on the minutiae of reporting, she barely has time for herself. “My struggle is always like, ‘When am I gonna exercise today? Or meditate? Because I wake up in L.A. and the news has already been going on for three hours in New York and D.C.”

The only subject other than Trump that Yellin didn’t want to discuss was funding. While her Instagram content is free, she recently signed up with Patreon, an online platform that enables independent creators to run a subscription service. Options from $10 to $100 per month come with various extras – such as a weekly live Q-and-A with Yellin.

One day soon, she hopes to add other voices to the “News Not Noise” mix, explaining that it doesn’t have to be a one-woman show. What matters, she said, is to champion her approach to telling the news.

“News is anything that changes your view of the world and expands your understanding,” she said. “My goal is to empower the audience to learn more, engage and vote.

“I’m not neutral about participation.”