The pandemic put Phoenix’s Jewish mayor in the spotlight. She’s walking a tightrope. 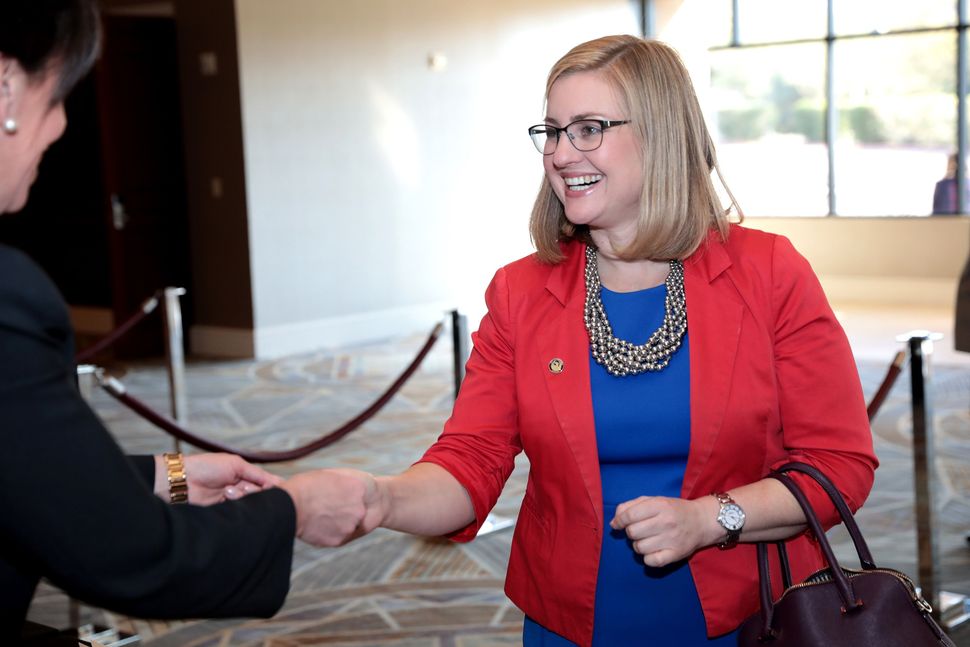 Former Phoenix City Councilwoman Kate Gallego at the 2019 Legislative Forecast Luncheon hosted by the Arizona Chamber of Commerce & Industry at the Arizona Biltmore in Phoenix, Arizona. Image by Gage Skidmore/flickr

WASHINGTON (JTA) — When Kate Gallego was growing up in Albuquerque, New Mexico, she dreamed of moving to the big city and making an impact.

To prepare, she played video games.

“So there was a computer game Sim City where you could map out cities, and I loved that,” Gallego said in an interview this week with the Jewish Telegraphic Agency. “You have the right mix of libraries and educational institutions and places for people to work, and you also have enough clean water and ability to pick up trash and recycling so that it is to a certain extent well balanced. You can’t have a city that just does one thing.”

Did her virtual cities include synagogues?

“Absolutely,” Gallego said. “You have to serve the whole person.”

Decades later, Gallego not only lives in Phoenix but is its mayor. Yet rather than tackling a wide range of challenges in the city, the fifth largest in the United States, the 38-year-old Jewish Democrat is now focused primarily on one: the COVID-19 pandemic that has ravaged Phoenix and required her to engage in delicate open negotiations with both Arizona’s Republican governor and the Trump administration.

In June, Gov. Doug Ducey barred cities from imposing requirements to wear face masks, rendering Gallego’s mandate moot at a crucial moment, as cases began to rise and President Trump held a rally in the city. She joined Regina Romero, the Democratic mayor of Arizona’s second-largest city, Tucson, in pushing back against Ducey’s decision. He not only reversed his order, but now says Arizonans likely will be wearing masks through the end of the year.

Then, earlier this month, Maricopa County, which includes Phoenix, was recording more than 2,000 new cases a day, and nearly a quarter of tests were coming back positive. Sick residents were spending hours in 115-degree temperatures waiting to be screened for the virus. Yet the federal support for more testing that Gallego had been requesting for months had not materialized. After she aired her concerns publicly, the Federal Emergency Management Administration opened a surge testing site that she wanted, even as Arizona Republican leaders accused her of lying.

In both cases, Gallego advocated firmly and openly for her city, locally and during a series of appearances on national news shows. But in a state that’s about evenly divided between Republicans and Democrats, she got her way in part by making a point of not engaging in the partisan warfare that has characterized the response to the pandemic in some places, said Paul Rockower, the director of the Phoenix Jewish Community Relations Council.

“She’s been out in front, she’s been advocating for good health policy procedures and protocols,” Rockower said in an interview. “But she’s not one who’s going to go out and be radical. You don’t get anywhere in Arizona being a bomb thrower. You have to really be prudent.”

Gallego’s July 12 appearance on “Face the Nation” was typical. Asked about her frustrations in obtaining federal assistance, she glided past the potshot taken at her by the White House and instead said she was grateful to the federal government for coming through.

”The term they used for me was ‘out of tune,’” she said. “But the good news is they did finally decide that they are going to be bringing that federal testing to our community, and it cannot come a moment too soon.”

Gallego also did not make a point of forcing the participants at a Trump rally in June to wear masks.

“We decided to start with education and just explaining why mask-wearing is important, and why the city required it,” the mayor said. “And so at the time the president came, we had not issued any citations and it felt too political to start with a political event.”

Helen Holden, a Phoenix lawyer who is involved with the National Council of Jewish Women, said Gallego has “done a really good job of bringing some disparate elements together.”

Gallego says that’s in part because of her Jewish identity.

“Our faith saying that every person has value and dignity is really important, and has driven how I’ve approached COVID,” she said. 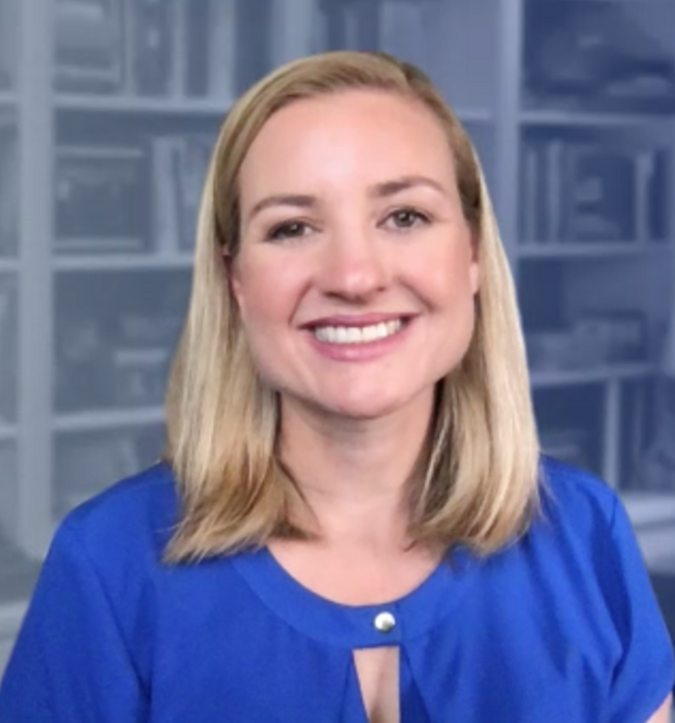 Her Jewish identity has also shaped some of the reaction she’s faced, and the way Gallego has worked with other executives to respond.

“There’s been some pushback using Nazi terminology against really all elected officials, but Jewish ones in particular,” she said. “I’ve been able to talk to some of my fellow Jewish mayors about how they are responding, and we’ve also looked at, like for example, Gov. [Jared] Polis from Colorado, who has spoken quite eloquently about how inappropriate it is to use comparisons to the Holocaust.”

Gallego has lived in Phoenix since 2004, when she moved there after graduating from Harvard with a degree in environmental studies to be with her then-boyfriend, Ruben Gallego. (She also has an MBA from the University of Pennsylvania’s Wharton School.) She arrived at the same time as another Harvard graduate, Pete Buttigieg, but while he eventually returned to his hometown, South Bend, Indiana, Gallego planted roots in the city.

She and Ruben Gallego, who was later elected to Congress, married in 2010. (Until then, her name was Kate Widland.) In 2013, after a period working in urban development, she was elected to the Phoenix City Council at 32, where she lobbied for civic improvements of the type she once constructed in Sim City, including a light rail system that would allow for sustainable growth in the fast-expanding city.

She and Gallego divorced in 2016 while she was pregnant with their son, Michael, and her parents moved 400 miles west from Albuquerque to join her and share in his care. After the mayor of Phoenix won a congressional seat in 2018, Gallego engaged in a bitter race to replace him, and Michael joined her frequently on the campaign trail. She was elected in March 2019 on a platform that included investing in sustainable growth, including public transportation, and preparing the city’s finances for a recession that would come much sooner and more precipitously than anyone could have imagined.

Gallego is Phoenix’s third Jewish mayor — she said it was a “point of pride” that Emil Ganz was the first in the late 19th century — and she is deeply committed to its Jewish community, which numbers about 100,000.

Paul Eckstein, an amateur historian of Jewish Arizona, gave a lecture a year or so ago on “The Jewish Connection To Modern Arizona Politics” at the local Jewish heritage center. He was surprised to see Gallego turn up. He was even more surprised when she contacted him a few months later.

“She borrowed my materials,” Eckstein said, so she could include the information in her own speeches to the Jewish community.

Gallego is proud of the Phoenix Jewish community for joining other communities in organizing the distribution of personal protective gear and testing, and in pushing back against anti-Chinese racism. (The Jewish Community Relations Council joined a national Jewish initiative speaking out against racism at the beginning of the pandemic.)

“The Jewish community has been amazing in advancing conversations about equity and fighting racism, but also helping me in fighting COVID,” she said.

Gallego’s rabbi, John Linder of Temple Solel in suburban Phoenix, said her openness to others is clear in their conversations.

“She might not be able to say, ‘You know, the Babylonian Talmud, tractate Eruvin, where you’ve got Hillel and Shammai and elu and elu,” Linder said, referring to a classic Jewish text in which the ancient rabbis concluded that two positions should be considered equally divine Torah. “But the point is she recognizes from Jewish tradition that there are multiple truths.”

That approach will be key if Gallego chooses to pursue a further political career in Arizona, where Democrats have enjoyed unusual electoral success lately but which remains a purple state overall. She is earning the national profile that helped propel Buttigieg to be among the frontrunners in the Democratic presidential primaries, and her national news appearances are already generating some resentment at home.

But rather than looking ahead, Gallego is maintaining a laser-sharp focus on what Phoenix needs to weather the pandemic.

“People who are successful in running for future political offices, it usually happens because they do a good job, and not because they make plans,” he said. “People who make plans in politics are destined to potentially be disappointed.”

Does Gallego see a future where she can put her negotiating skills to use in a bigger arena? Right now, she’s focused on winning reelection — she’s up for a full four-year term this fall, and she faces two determined competitors as well as COVID-19 rates that, while falling, remain among the highest in the country.

The pandemic put Phoenix’s Jewish mayor in the spotlight. She’s walking a tightrope.