No streaming, no singing: here’s how High Holidays will work in Modern Orthodox synagogues 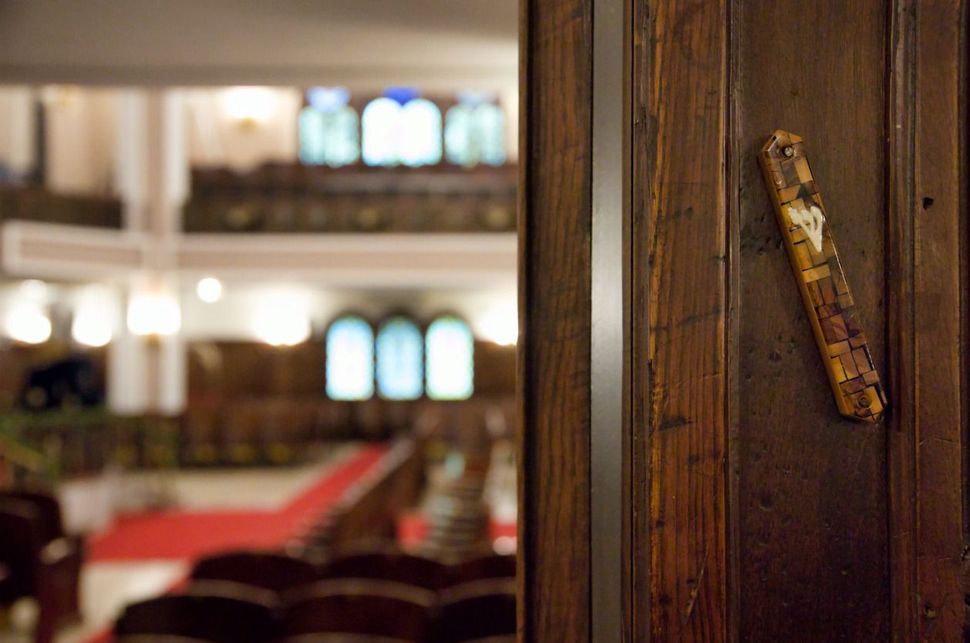 Since the start of the coronavirus pandemic, Rabbi Mitchell Wohlberg of Congregation Beth Tfiloh, a Modern Orthodox synagogue in Pikesville, Md., has made hundreds of calls to check in on members of his flock.

In recent weeks, there’s been one recurring topic of conversation: Would the synagogue be able to offer in-person High Holiday services? And would anyone actually come?

While Reform and Conservative synagogues have already transitioned to virtual services and will stream the High Holidays as well, Modern Orthodox congregations like Wohlberg’s do not have that option because they eschew technology on holidays for reasons of halacha, or Jewish law. That means they must both create safe in-person services for those congregants desperate to return to synagogue, and also support those unwilling or unable to leave home.

There’s a lot of uncertainty around the question, Wohlberg said — for everyone. “Some people who come every single Shabbos have told me they’re not coming,” he said in an interview. “Then there are people who only come three times a year who say, ‘I’m not going to sit on a couch and watch a sermon.’”

A little more than a third of Orthodox Jews, or about 177,000, belong to the Modern Orthodox movement, which combines strict adherence or Jewish law with integration into modern society. The community is oriented around shared prayer, but Modern Orthodox groups urged caution during the pandemic; in May, the Orthodox Union and the Rabbinical Council of America, which include Modern Orthodox congregations, jointly asked synagogues to refrain from resuming in-person services for at least two weeks after their local government allows other establishments to reopen.

Now, most Modern Orthodox synagogues have resumed limited in-person services. But as rabbis look ahead to the High Holidays, getting people in the building isn’t their biggest concern. Rather, they’re focused on helping congregants fulfill the season’s religious obligations wherever they are, and on recreating — as much as possible — the spiritual renewal many associate with packed synagogues and prolonged services.

“Our goal is for everyone to have a High Holiday experience: in the building, in the parking lot, or at home,” said Rabbi Nissan Antine of Beth Sholom Congregation in Potomac, Md., in an interview.

Normally, Modern Orthodox High Holiday services are hours-long affairs. But this year, rabbis said they plan to offer multiple truncated versions of those services. It’s an approach that allows as many congregants to visit the synagogue as possible while adhering to social distancing guidelines and minimizing the time they spend indoors together.

For Wohlberg, Rosh Hashanah will begin at 7 a.m. with a full service for the “traditionalists” among his congregation. That will last until about 9:30 a.m. Then he’ll officiate an abbreviated service, just a little more than an hour long, for those eager to visit the synagogue but leery of spending too much time indoors. Later in the afternoon, he’ll conduct an even shorter service for children and families, which will comprise just a few prayers.

At Antine’s Beth Sholom Congregation, the shift schedule is even more elaborate. Instead of conducting his traditional Rosh Hashanah service, the rabbi expects to organize up to 12 two-hour ones, running concurrent services in two indoor locations and three outdoor ones.

In one way, choosing which parts of the service to skip isn’t a complicated task, said Yeshivat Chovevei Torah Rabbinical School President Dov Linzer, since halacha provides clear guidelines as to which prayers are required and which are not.

But in another way — emotionally — it’s quite difficult. Prayers normally sung by the congregation may instead be chanted by a cantor, both to save time and to mitigate the health risks of communal singing. Many of the season’s most dramatic, profound rituals — such as the recitation of piyyutim, or liturgical poems, and processions with the Torah around the synagogue — are non-essential ones, which will be missing altogether.

“The familiar rhythms and tunes that we normally have, most of that is going to be drastically different,” said Rabbi Yosef Weinstock, who leads Young Israel of Hollywood-Ft. Lauderdale, a Modern Orthodox congregation in Florida. “We’re trying to prepare them.”

Even with a shift schedule and the knowledge that many prefer to stay at home, there are tough choices about who get to attend. Some synagogues that normally offer elaborate youth programs are banning children altogether, only allowing those who have celebrated their b’nai mitzvot to attend. Others are allowing only members, rather than adult children or other relatives they may be living with during quarantine, to reserve seats.

But while only men are required to pray communally in Orthodoxy, the rabbis said they would not facilitate men’s attendance at the expense of women’s, except for setting apart ten seats at each service for men to form a minyan.

Indeed, the shift structure may actually alleviate some gender disparities associated with the High Holidays. As in many communities, childcare responsibilities often fall heavily on mothers, and Orthodox women have written about the frustration of missing services while their husbands pray. This year, parents will be able to take turns going to synagogue.

“So actually, it’ll be the best in terms of childcare,” Antine said.

Since his synagogue, Congregation Beth Sholom, first started offering outdoor services this summer, Antine has slowly grown to enjoy praying in the parking lot. “We’ve seen the most beautiful sunsets, and we don’t normally get that when we’re praying inside,” he said.

But he’s also conducted morning minyan in the midst of a downpour, and he knows the great outdoors is hardly a perfect substitute for the synagogue sanctuary. Besides inclement weather, the lack of electronic amplification makes acoustics a problem, and limited seating makes services daunting for seniors.

Congregation Beth Sholom will offer some core services outside, and Weinstock’s synagogue is considering the prospect as well. But since those gatherings are far from fail-proof, congregations are also taking advantage of outdoor space to create more adaptable, accessible rituals.

At the South Philadelphia Shtiebel, Rabbanit Dasi Fruchter is organizing a 20-minute standalone Yizkor service and a socially distanced Selichot hike in addition to core services that will be conducted in the parking lot of a nearby Catholic school. She hopes these shorter rituals will appear to a “middle demographic,” people who are uncomfortable sitting through a full service but willing to show up for a brief outdoor ritual.

Other synagogues are using outdoor space to make sure as many congregants as possible can fulfill the season’s most important halachic obligation: hearing the shofar blown. Some will invite congregants to gather in the parking lot to hear the shofar blown, while others will deploy groups of teenageers to blow the shofar in different neighborhoods.

Weinstock plans to expand on a tradition he’s developed throughout the summer: organizing backyard gatherings during which small groups of congregants can schmooze in a socially distanced manner before he delivers a short “sermonette.” By hosting several such gatherings during the High Holiday season, he hopes to see those who are staying home from shul and provide a sense of communal connection largely absent this year.

“People aren’t getting their sermons in synagogue, so we want to bring the synagogue to them,” he said.

No matter how innovative the in-person offerings are, rabbis anticipate many congregants will not want to come to synagogue at all. And, they insist, that’s OK.

“Halachically, you don’t push anyone,” said Rabbi Elazar Muskin, who leads Young Israel of Century City in Los Angeles. “You don’t say, you gotta come to a minyan no matter what.”

Many synagogues will offer online classes during Elul, the month leading up to the High Holidays, for those who plan to pray at home. Some plan to send out “kits” with guides to conducting prayers at home.

And although the use of technology is prohibited during Rosh Hashanah and Yom Kippur, rabbis are figuring out how to stream services when possible. At Anshe Shalom B’nai Israel in Chicago, Rabbi David Wolkenfeld plans to start Kol Nidre, the service that begins Yom Kippur, before sunset in order to broadcast it over Zoom. Likewise, his congregants will be able to stream the tail end of Neilah, the service that concludes the holiday.

Fruchter, of South Philadelphia Shtiebel, has devoted the time she would normally spend writing a sermon to creating an interactive prayer book companion that includes guided meditations, activities for children, and contributions from other congregants like a guide to hosting your own Rosh Hashanah seder. Since the majority of her congregation will likely stay home, she plans to spend far more time preparing them to celebrate solo than organizing in-person services.

While it was initially difficult for Fruchter to shift her focus away from synagogue-based observance, she’s been drawing optimism and inspiration from her congregants, many of whom have devised strategies not just to follow halacha from home, but to recreate the spiritual nourishment they normally get from a trip to shul. One young family’s favorite trick for setting the mood: before praying in the living room, the kids set out lunch and cover the food with paper napkins — just as if they were preparing a communal kiddush.

“Maybe there will be something really magical about davening on your couch,” Fruchter said.

No streaming, no singing: here’s how High Holidays will work in Modern Orthodox synagogues