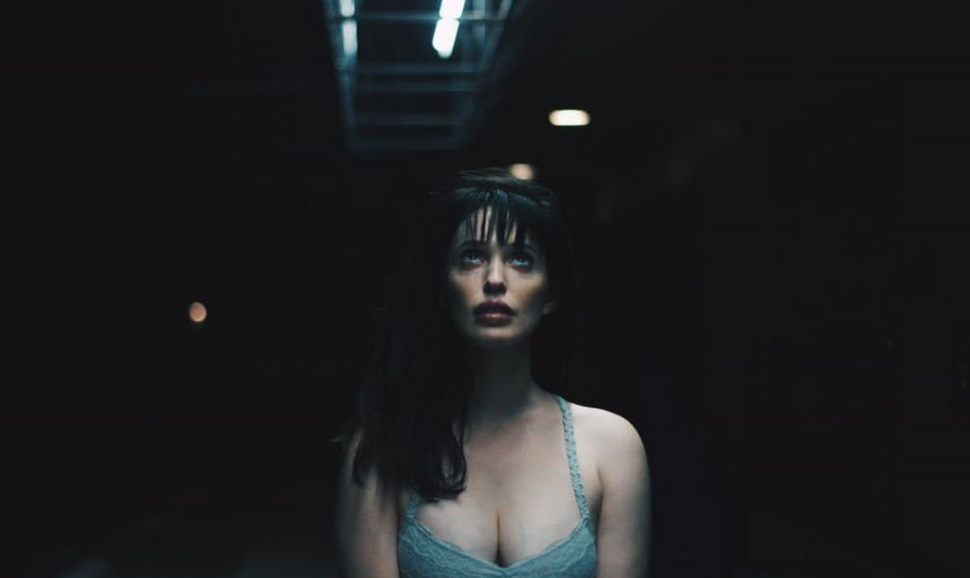 Two of the first words ever uttered by Miriam Revesz were, “Mimi fraid.”

Now 30 years old, Revesz is still “fraid.” But she is also determined to add her voice to a growing movement in the Jewish and secular world to shed light on the often-ignored realities of living with multiple invisible disabilities and mental illness.

Revesz has made it her personal mission to spread the lessons she has learned from her struggle. In the 2020 Easter Seals Disability Film Challenge: Home Edition that commemorated the 30th anniversary of the Americans with Disabilities Education Act, Revesz, known by those close to her as Mimi, used a finely-tuned emotional and medical vocabulary amassed over the years to describe her anguish. “I am not invisible, but I feel invisible,” her documentary, released in July, begins. Raw and courageous, it condenses 30 years of suffering into less than six minutes. By exposing her vulnerability — even using her real name rather than an alias she has long hidden behind — Revesz emerged empowered and is redirecting her focus from suffering to raising awareness. However, more than social awareness, she wants to raise political awareness about how psychiatry works — or doesn’t.

“I want to send a message of strength,” Revesz said. “I want people to take action. I want them to feel anger and frustration. That’s how you spark change. Even though I am suffering, the determination is like a fire inside of me.”

Looking back, there were signs. Her teachers at Shalom School, a Jewish day school in Sacramento, Calif., where her family lives, described her as overly shy. Revesz followed classmates around, trying to mimic their social behaviors, only to be rejected. Explosive tantrums and head banging were common responses to overstimulation. She wore the same six pairs of pink bike shorts because the fabric they were made of didn’t hurt her skin.

“I was hard to soothe,” Revesz said. “I was like Goldilocks. Everything was too hot, too soft, too hard, or too loud.”

“We didn’t want to pathologize her,” she said. “We accommodated her. We controlled her environment. We didn’t go to places that were too frenetic and chaotic. We always thought the next stage of development would be better.”

But it never was.

The proof is in a notebook that documents Revesz’s medical history beginning at age 11. Slipping grades recorded on page one got better with the first of more than 40 medications she would be prescribed.

“I even received an award for the ‘Most Improved’ student,” she said while apologizing for being fixated on her hair during the Zoom interview.

But her hopes in treatment proved fleeting. Revesz ended up home hospitalized and under the care of more than 20 psychiatrists, each of whom declared a different diagnosis while writing a new prescription.

“The darkness looms over me,” she said.

Describing her feelings, she said, “My heart is racing. I feel like I will pass out. I have extreme pain in my body. It feels like I am on fire. I throw things and say hurtful things that I regret. I have thoughts that don’t slow down. I can’t step on cracks in the sidewalk. I have an intense feeling of wanting to die. I have crippling amounts of depression and anxiety. I pull out my hair. I pick at my skin until I bleed. I can’t stand loud noises. I am itchy. My mouth is so dry that no amount of water can remedy it. I feel like I will be stuck in this suffering forever.”

When medical professionals labeled her “a professional patient,” Revesz attempted to figure out what they couldn’t.

During the past 15 years, she has tried numerous nontraditional treatments: Eastern medicine, yoga, aromatherapy, colonics, cupping, herbal extracts, acupuncture, meditation, neurofeedback, plant-based medications, hypnosis, and electroconvulsive therapy. None of them proved to be curative.

The next step, she said, is surgery called Deep Brain Stimulation, a procedure Revesz discovered through her obsessive research to find a cure for everything that hurts and haunts her.

During the surgery, explained her father, a surgeon will drill tiny holes into Mimi’s head and strategically place electrodes into the part of the brain that is considered to control obsessive compulsive disorder. The wires will be placed beneath the tissue, extended down into the neck, and linked to a battery pack inside her chest, similar to a pacemaker. The doctor then will program the electrodes to transmit just the right amount of white noise to disrupt the compulsion.

The FDA-approved procedure has a 75% success rate.

Revesz was scheduled for the three-hour surgery at Baylor Hospital in Houston. Then, COVID-19 hit, postponing the procedure for at least two months. While waiting, she decided to participate in the Easter Seals competition with a primary goal of having mental illness treated on par with physical illnesses.

“As someone with suicidal thoughts and depression, how is my surgery considered elective?” she asked.

As open as Revesz is willing to be about her disabilities, she admitted that she holds back details of her story that are too painful or shocking. She started, then stopped short of giving her opinion about a person’s right to end their life and instead shares, “I try not to imagine what it will be like after my surgery. I don’t want to get my hopes up.”

The same holds true for her parents, both of whom are children of Holocaust survivors. While Eva and Tom have differing opinions about epigenetics and generational trauma, Eva has considered if their family histories affected how they parented Miriam.

“Mimi mentioned her family history to a therapist who also wondered about the impact it had,” Eva said, adding that her own PTSD and Mimi’s relationship with her grandfather were influential for her daughter. “Mimi was close to her ‘poppa’ and he talked about the loss of his family with her. She was aware of the tremendous loss of over 80 members of Tom’s family. It’s a complex topic.”

For now, though, they too are focused on her surgery.

“We hope there is a light at the end of the tunnel,” said her mother.