A bunch of Jewish things about Biden veep pick Kamala Harris, from her in-laws to Israel 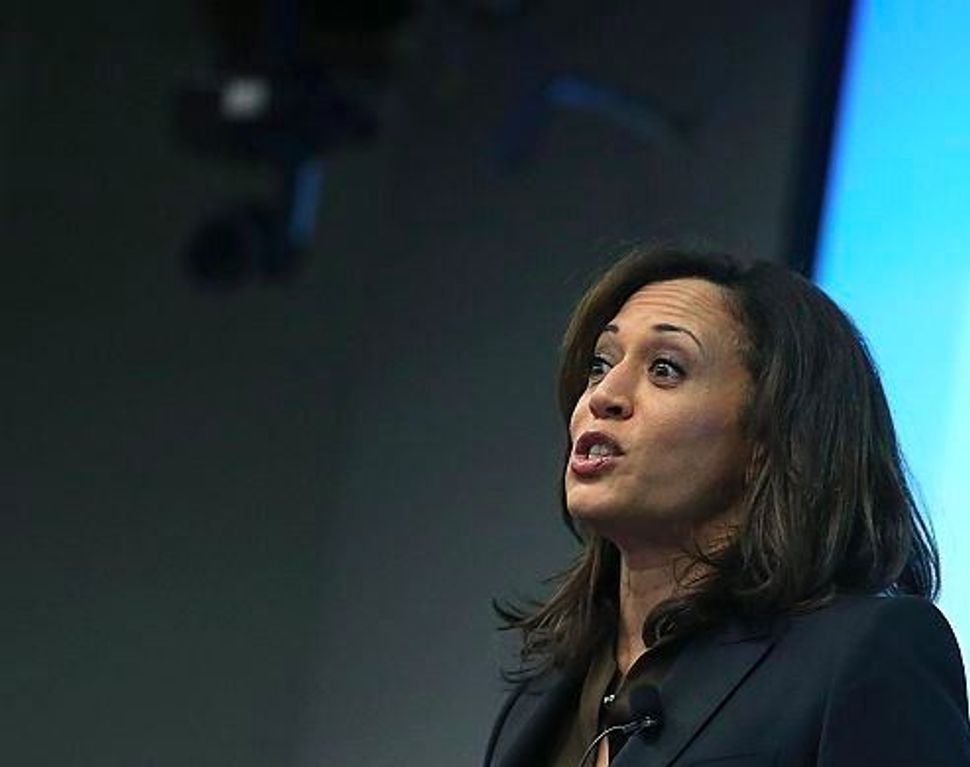 But … she’s the second VP pick to have Jewish in-laws, the first being Joe Lieberman, who ran as Al Gore’s running mate in 2000.

Yup, Harris is married to a Jewish dude, the adorable Doug Emhoff, who clearly adores her. Emhoff and his parents are pretty great Jewish things, so you’ll find more about them below — don’t worry, we’ll hit the serious stuff, like her stance on Israel. Spoiler alert: She’s more AIPAC than JStreet, but J Street endorsed her right after the campaign announced that she was the pick.

She believes in a two-state solution and opposes BDS. She co-sponsored a Senate resolution in early 2017 that essentially rebuked the Obama administration for allowing through a U.S. Security Council resolution condemning Israel’s settlement policies.

The @RJC (Republican Jewish Coalition) response to Kamala Harris: “She does not stand with Israel and the Jewish community.” They also claim she did not stop anti-Semitic activities on college campuses. pic.twitter.com/5Y97xgM04Q

Of course, the Republican Jewish Coalition is not a fan. They say she didn’t do enough to fight anti-Semitism on college campuses in her state of California, and characterize her as part of the far left.

Emhoff has two children from a prior marriage and a sharp social media game that’s all about his love for Harris. Look at this Instagram post that memorializes a moment he happened to see her on television.

Harris enjoys a reputation as an attractive woman, but her in-laws had to be convinced of her good looks by an in-person meeting, she told the world while she was on book tour.

The Emhoffs are from Brooklyn, Harris said, before holding her hands up to her face and imitating the thick accent of a New York bubbe.

“The first time I meet my mother-in-law, she looks at me, puts my face in her hand … she looks at me and she says, ‘Oh look at you. You’re prettier than you are on television. Mike, look at her!’” Harris recalled. “I swear to you.”

Along those lines, Emhoff’s kids have given Harris a Yiddish nickname — Mamele, which means “little mama.” Rhymes with Kamala … get it? Thank you for that one, Kveller!

A bunch of Jewish things about Biden veep pick Kamala Harris, from her in-laws to Israel