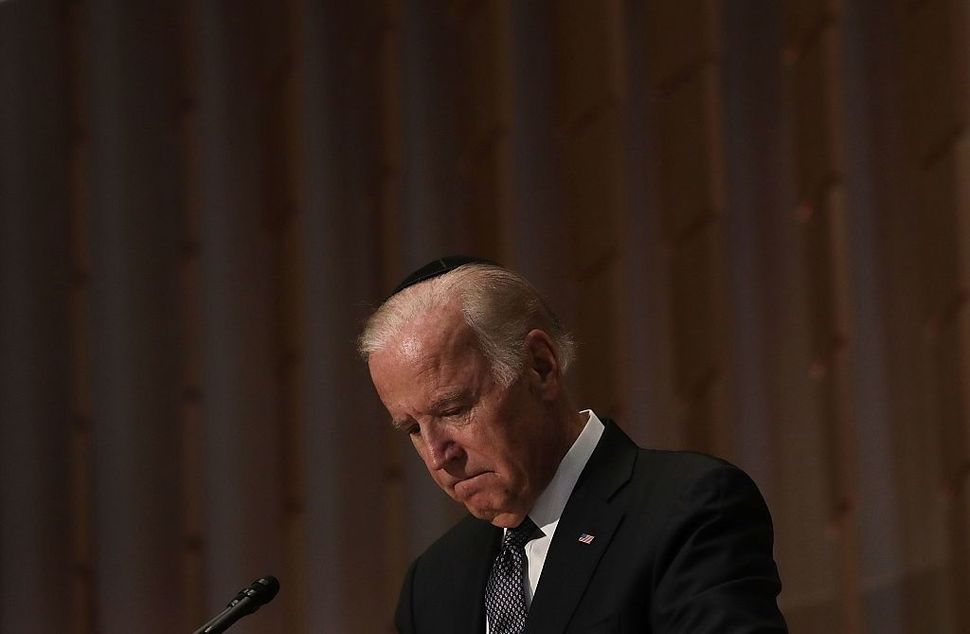 Many friends and associates of former Vice President Joe Biden are scheduled to share video testimonials about him on Thursday, the final day of the Democratic National Convention. Among them will be Rabbi Michael Beals of Congregation Beth Shalom, a Conservative synagogue in Wilmington, Delaware, Biden’s hometown.

Lots of Delawareans have stories about how they met their longtime senator, but Beals’ is unique: He met him at a shiva call.

The Forward spoke to Beals in March for an article about Biden’s long history with the local and national Jewish community. Beals recounted his memories meeting Biden at the shiva — which he later also shared as part of a campaign ad for the Jewish Democratic Council of America.

In 2006, Beals presided over a shiva for an elderly woman named Sylvia Greenhouse, held in the basement laundry room of an apartment building. To his surprise, among the guests was Biden, then the state’s senior senator. Biden explained to Beals that Greenhouse had given him $18 — a number that in Judaism symbolizes life — during his first run for Senate in 1972, and in every subsequent race, so Biden was there to pay his respects.

“And nobody was covering it, nobody from the press, there wasn’t an assistant,” Beals told the Forward. “It’s just who he is.”

Beals called Biden a “mensch,” a good person, and contrasted him with President Trump and with former New York City Mayor Mike Bloomberg, who was then still in the race.

Biden has also showed affection for Beals. While serving as Vice President, he frequently invited the rabbi and his wife to the annual White House Hanukkah party.

In early 2019, when Biden was grappling with the rocky prelude to his initially-struggling primary campaign, Beals wrote a letter to the former veep, urging him to keep going. To his surprise, Biden wrote back, with a handwritten letter that began, “You are my rabbi and my friend.”

“Looking back on my time in public office I can say without fear of contradiction – the Jewish community in Delaware and around the nation has not only been the source of undying support, but the source of my public education,” the letter continued. “I’ve had the great honor to meet and be mentored by so many remarkable women and men, from Golda [Meir] to Elie [Wiesel.] I am indebted to you and to the community in so many ways. You are familiar with the Talmudic saying, ‘What comes from the heart enters the heart.’ Your sentiments entered my heart. Keep the faith!” 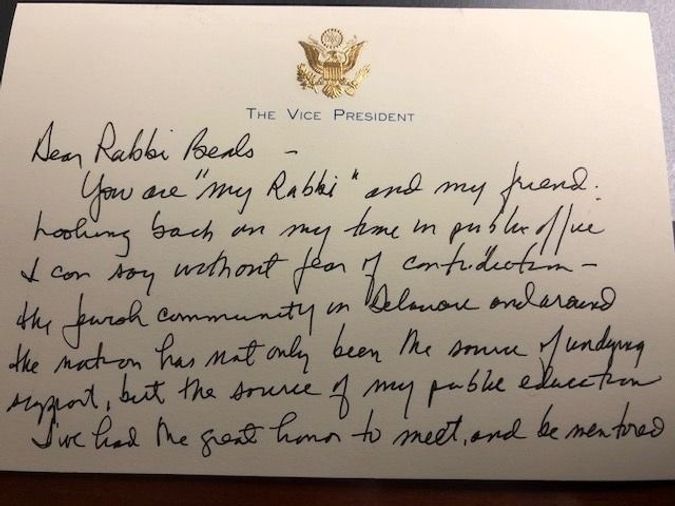 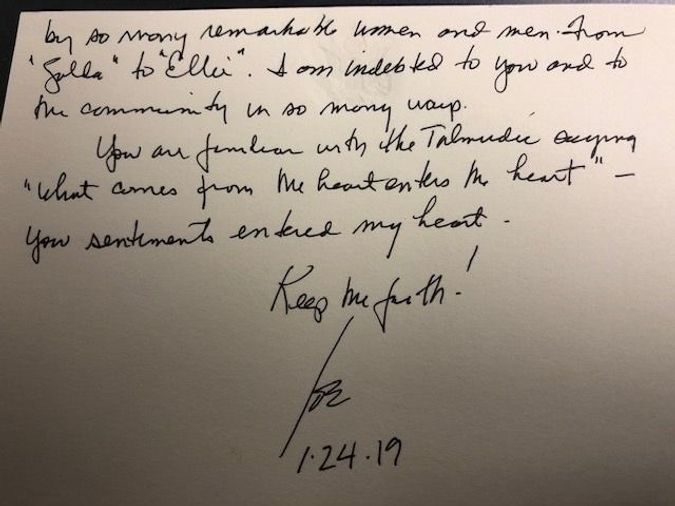 Biden also referred to Beals as “my rabbi” when the candidate convened faith leaders at a Wilmington church in the aftermath of the killing of George Floyd.

Beals, who is married with two children, has served at Beth Shalom since 2004. In addition to his ordination at the Jewish Theological Seminary, he has a master’s in international relations from American University and a masters in Hebrew letters from American Jewish University (then known as the University of Judaism). He has also received the Raoul Wallenberg Fellowship from the Hebrew University of Jerusalem.

Several recent presidents have had close relationships with rabbis. Barack Obama received crucial support early in his political career from Rabbi Arnold Jacob Wolf of Chicago; Rabbi Menachem Genack, the CEO of the Orthodox Union’s kosher division, frequently met with Bill Clinton and shared a 20-year correspondence that Genack later published in a book; and Rabbi Baruch Korff was a confidante and forceful defender of Richard Nixon.