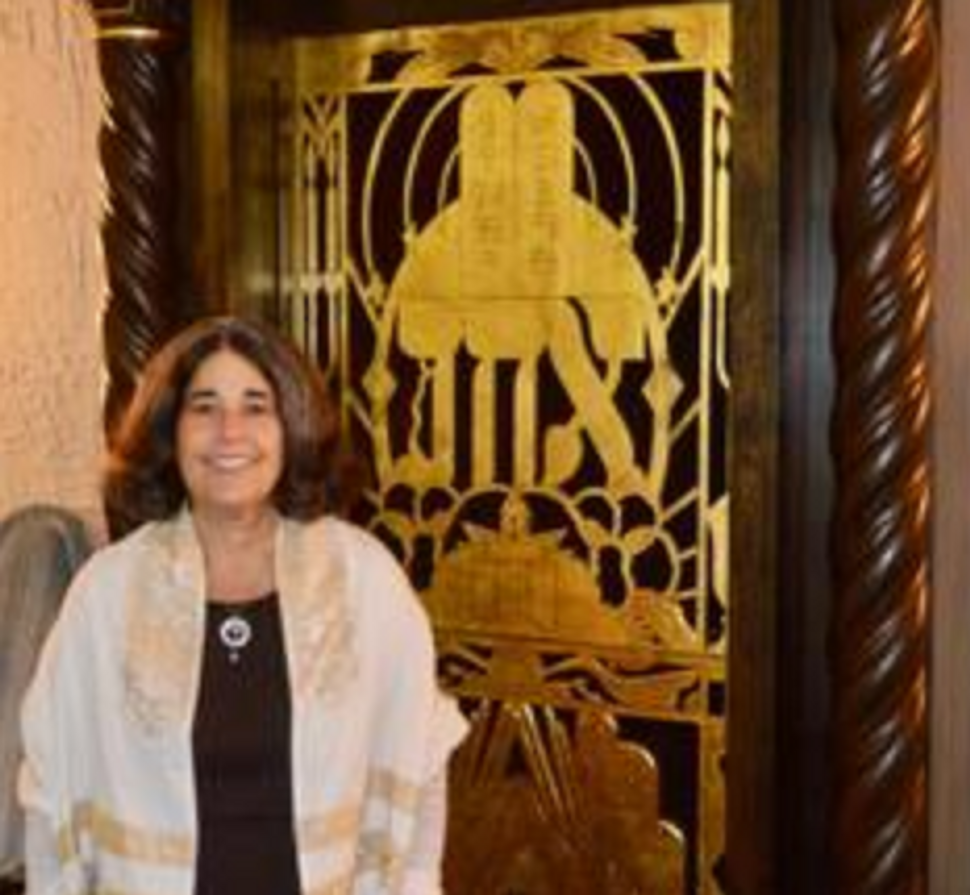 The killings in Kenosha, Wis. on Tuesday night of two people protesting the police shooting of Jacob Blake happened one block from Kenosha’s historic synagogue.

Beth Hillel Temple sits on a park along with a library and other public buildings. The Reform synagogue’s position in the center of this small, lakefront town is no accident. It’s a stately building that looks a lot like a town hall, and it’s been there for almost a hundred years. Its rabbi, Dena Feingold, is one of Kenosha’s civic leaders. 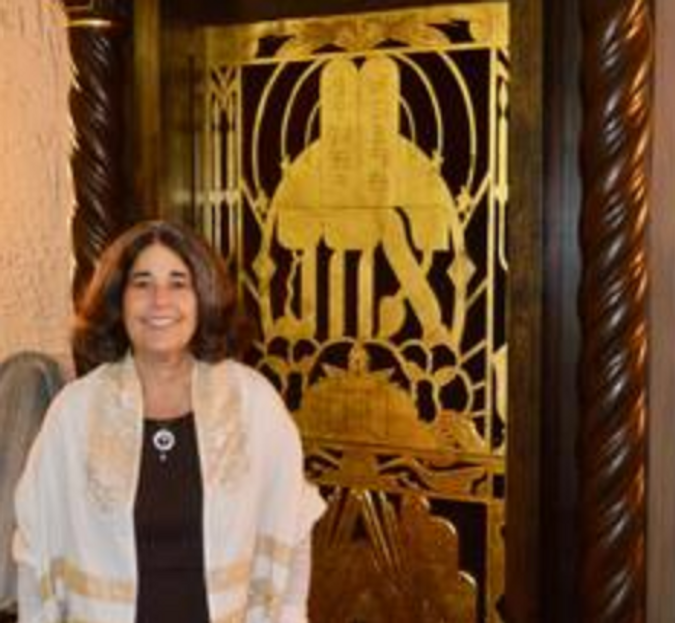 Feingold, her synagogue and her town have all been engulfed in the chaos that has been intensifying in this small town since Sunday afternoon, when police shot Jacob Blake multiple times in the back following a confrontation as he entered his car.

Kenosha, like much of the rest of the country, had been the site of protests throughout the summer in response to the police killing in Minneapolis of George Floyd. Those were almost completely peaceful, Feingold said. Beth Hillel had formed a racial justice committee which was supposed to have its first meeting on Yom Kippur — online, because the synagogue is closed due to the pandemic.

Now, events have overtaken their efforts.

“I’m not sure what the next steps will be, but I’m sure there will be next steps,” Feingold said in an interview Wednesday afternoon.

Violence started in Kenosha on Sunday night; video shows clashes between people and police, vehicles aflame and broken windows. On Monday night, the unrest intensified after a press conference that Feingold had been asked to participate in, along with community groups.

Scheduled to be held in that historic park near the synagogue, it got moved inside, to the public safety building, she said. Feingold and the other clergy never got to enter, and protesters were left standing on the hot asphalt. For fear of their own safety, the rabbi and her colleagues left without participating.

Called to calm tensions, the press conference inflamed them.

The protest moved to other parts of town, including back in the synagogue’s neighborhood. Some set fires. Some broke windows.

“It could have been handled better, but on the other hand, the officials were worried that if they were exposed like that in a public space, who knows what could have happened?” Feingold said in an interview on Tuesday.

Feingold is a rarity. Unlike most small-town, Midwestern rabbis, she’s a native of the place she serves — her accent tells the story. The sister of former Senator Russ Feingold, she was born in Janesville, a Wisconsin town about 70 miles away from Kenosha.

When she went to rabbinical school, she did not expect that she would end up so close to where she started. But when she was ordained, she got her first job as an assistant rabbi in Milwaukee, and met her husband, a lawyer, there. A few years later, when she was looking for a congregation to lead, Kenosha’s was looking for a leader. She’s been there 36 years.

She lives not within the town limits, but in the adjacent village of Somers. More than half of Beth Hillel’s 125 families live, like her, in what she calls “Greater Kenosha.”

She’s focused on her congregation — its members and its building — but also on the bigger picture.

“My primary responsibility is to my community, to make them feel safe, and to assure them that we are doing everything we can to protect our people and our institution,” she said.

Beth Hillel’s retired live-in caretaker still lives in the building, so she and congregants found him another place to stay. They removed the Torah scrolls. On Tuesday, they decided to board up the synagogue’s windows, which will be expensive and could damage the façade.

By Wednesday, after the shootings, Feingold was saying she was glad they’d taken that step. But she also said it’s relatively unimportant.

“I think the bigger issue is more important than the possible damage that our building might incur,” she said. “How do you bring about change? Because it has to do with systemic racism. It has to do with implicit bias. With major institutions in our society and how they operate, and how they view them.”

For more than 15 years, Feingold has been working on racism in Kenosha, mainly by volunteering in the public schools. The town is 10% Black and 16% Hispanic or Latino, according to the 2010 census.

About a year ago, however, she went with 50 other Reform rabbis to Selma and Montgomery, Ala., which spurred her to ratchet up her efforts.

“It was a time of self-reflection, and thinking about our own white privilege and what the Jewish community has tried to do” to help, she said. “We could be doing a lot more. So when I came back I felt I really needed to dig in.”

She became involved in the Kenosha Coalition for Dismantling Racism, and hopes that will enable her to be even more helpful.

“I was always viewed as a partner, but I wasn’t really engaged seriously in the work. I hope that I’m seen more that way now, and as a result our Jewish community is seen as real partners,” she said.

In the meantime, she and her colleagues are pleading for peace. Feingold signed onto one statement, issued by Kenosha clergy, that calls for police reform. The Wisconsin Council of Rabbis plans to issue a statement as well, she said.

And Feingold and her congregation will continue a new ritual they adopted after Floyd’s killing in late May: a Black Lives Matter “yahrzeit” list. “Yahrzeit” — literally, year time in Yiddish — is the annual anniversary of the death of a loved one, observed in some synagogues by reading out their name. Feingold reads the names of people her congregants have lost; now, she adds these other names.

“Whenever there is a yahrzeit I read this list,” she said. “This week, it’s Emmett Till.”