Is Ruth Bader Ginsburg having a Jewish burial? Here’s what we know so far. 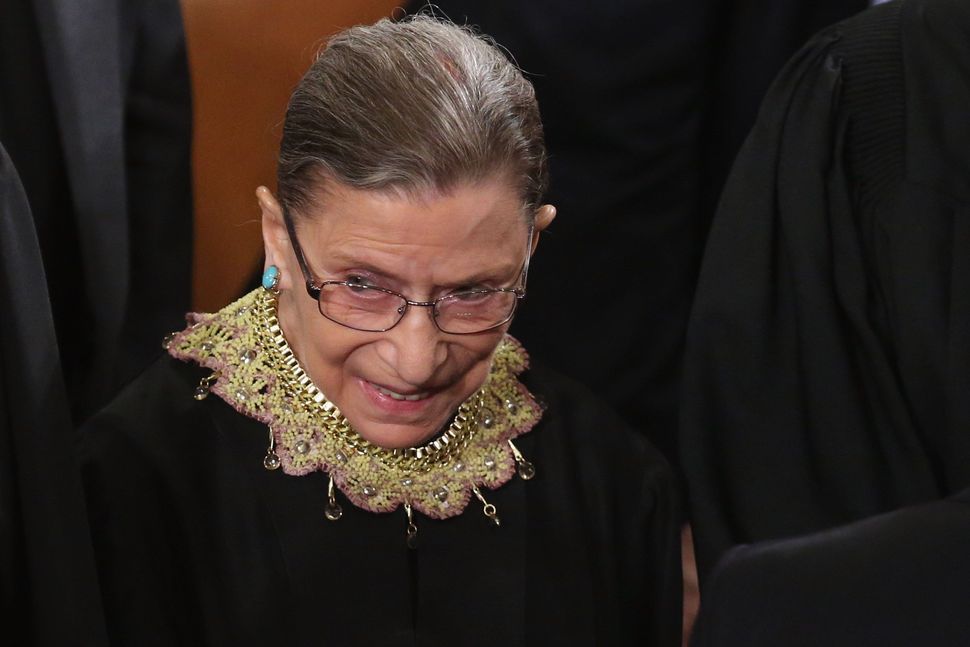 Rabbi Holtzblatt’s husband, Ari, was a clerk to Justice Ginsburg in 2014.

The family announced Monday that she will lie in repose outside the Supreme Court for two days of viewings, one of what seems to be several departures from Jewish tradition necessary to accommodate the honors afforded to her as a national leader. She will also lie in state at the Capitol.

She will be the first Jew to lie in state at the Capitol, and the first woman, as well, JTA reported. (The term “in state” is reserved for the Capitol.)

Jews are typically buried quickly after death, although some some do delay interment to wait for distant family to arrive or to move the deceased.

She will be buried in Arlington National Cemetery, which does not have a Jewish section, next to her husband, Martin Ginsburg.

Jewish tradition asks that only fellow Jews carry the casket, but Supreme Court police officers will serve as pallbearers for Justice Ginsburg, according to the court’s press release.

A private burial service will happen next week, the press release said. That service may contain elements of Jewish tradition.

The Supreme Court did not respond to questions about the role of sitting shivah — the ritual of gathering other mourners around immediate family — or chevra kadisha — preparation for burial.

Jewish Twitter users expressed confusion and in some cases, discomfort, with the delay in Ginsburg’s burial.

Jwitter — anyone else uncomfortable with RBG’s body being used for a 2-day commemoration? I suppose family said ok….

I find this slightly odd.

As a rule, members of my religion, of which RBG was certainly one, are supposed to be buried quickly after death. Judaism isn’t big on “lying in repose.”

I understand she was important and that she wasn’t orthodox. I just find it rather unexpected. https://t.co/RDxlAbWM7v

Surprised to see this because we Jews bury our dead right away. But “House Speaker Nancy Pelosi announced Monday that Ginsburg’s casket would be placed in National Statuary Hall, where a formal ceremony will be held for invited guests only.” https://t.co/MYL1hXvW1C

She will also be only the second Supreme Court justice to lie in state at the Capitol, after William Howard Taft, who had also served as president, in 1930.

Is Ruth Bader Ginsburg having a Jewish burial? Here’s what we know so far.