The secret to their success? “Our coexistence.” 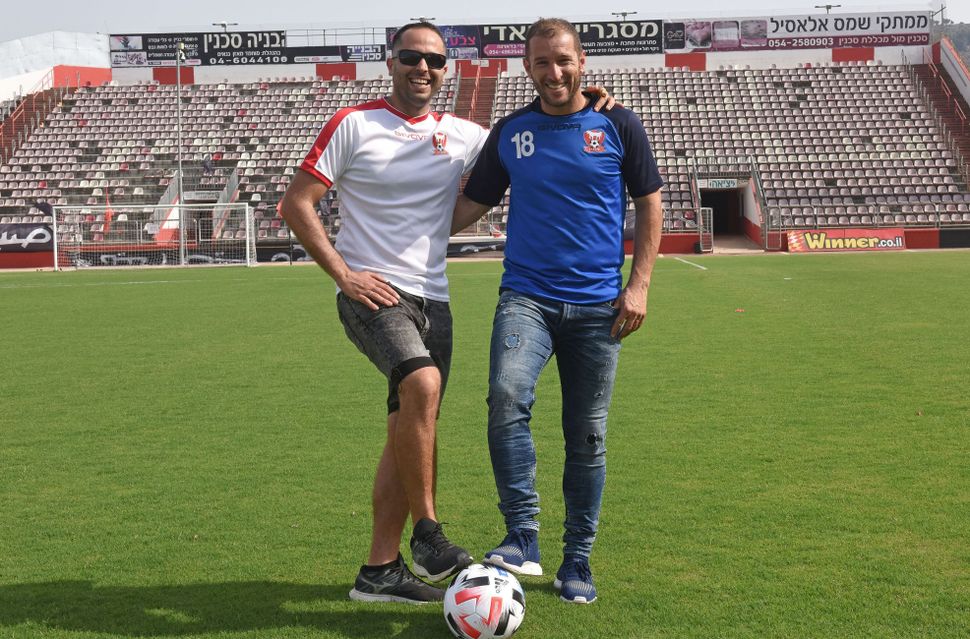 As Ali Ottman, the charismatic Arab captain of the Bnei Sakhnin soccer team, plows down the field in his neon green cleats. His friend, Harel Sela, the Jewish assistant coach, observes and takes mental notes on his playing from the sidelines.

Sela, 35, has the lithe build of a professional soccer player he once was himself. He and Ottman and the other players — a mix of Arab and Jewish citizens and some international players — have an easy, friendly rapport.

The coaches and players come together with an especially deep sense of purpose and mission because of all that the team represents, according to Ottman. That coming together, he said, is the key to its power.

“We work as a team. The secret of our success at Sakhnin since we have been playing in the higher leagues is our co-existence,” he said.

It’s a pre-season practice game and the team is in high spirits: They played so well last season that they advanced into Israel’s top league. As the most successful Arab team in Israeli soccer, returning to the premier league for them holds special meaning. The team represents not only the city of Sakhnin itself, in the heart of the Galilee, but has come to be a source of pride and identification for Israel’s entire Arab sector, some 20% of the country.

A successful team in Israel’s most popular sport, fans say, helps give them a sense of belonging, of mattering, as minorities in the Jewish state. 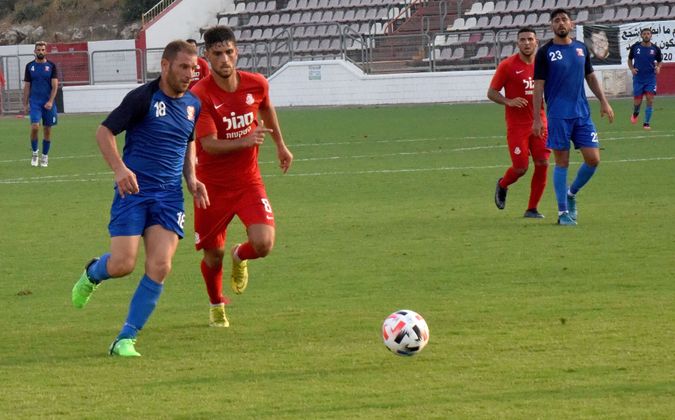 As one fan said, winning and winning big “puts them on the map,” with all the layered meanings that expression holds for a country where maps have been at the center of a century’s worth of strife.

The team name Bnei Sakhnin, in Hebrew, as it most often goes by, or Abna Sakhnin, its Arabic name, means “Sons of Sakhnin.” Ottman is just that. The 33-year-old was born and grew up here and has been playing soccer for as long as he can remember. As a young boy he would go to sleep hugging a soccer ball, his parents told him. Bnei Sakhnin was his first love. At the age of 16, he watched on in 2004, electrified, when the team made Israeli soccer history by being the first Arab team to win the state cup.

Ottman, who plays right-back, is a leader who knows how to bring all the team’s players together, commanding respect and a lot of affection, Sela said.

Among Sela’s jobs is to study up on the opposing team’s strengths and weaknesses, so his players are as prepared as possible when they meet on the soccer pitch. Before every game, he sends them videos of the players they will each oppose.

He also fits each player with wearable sports-performance trackers and then analyzes the data points the GPS devices collect, such as their heart rate and how many times they touch the ball in a game.

Sela’s nickname on the team, “Baraka,” which means blessing in Arabic, was given to him by one of the Arab players. He’s bashful about it, but the players credit him for helping the team improve.

Sakhnin does not have the same money, facilities or star players of other teams — it did not even have its own stadium until after it won the 2004 state cup — but it has moxie. That’s fed by a deeply loyal following of fans, including Jewish fans from neighboring towns and villages in the Galilee.

There’s always a big turnout for games at Doha Stadium, named for the capital of Qatar after its government contributed millions of dollars to its building. It’s the only building in Israel built by an Arab country. It was considered a gesture of soft diplomacy between two countries that do not have official ties.

There’s always an especially big turnout there when Bnei Sakhnin plays its rival team, Beitar Jerusalem. Within Beitar’s fanbase are a group associated with the extreme right wing in Israel. They are notorious for their racist chants like “Death to Arabs” against Arab players.

But other Beitar fans have spoken out against them and efforts by the team’s management, including the current owner, to stamp out their behavior has met with some success.

Ottman’s response has been to speak out. “We need to throw racism off the field,” he said. “We are all after all, human beings. We need to appreciate everyone.”

Bnei Sakhnin has played so well in the pre-season that they are now one of the top two teams in the league.

Ottman and Sela say they are laser-focused on the task ahead: winning together.

The secret to their success? “Our coexistence.”