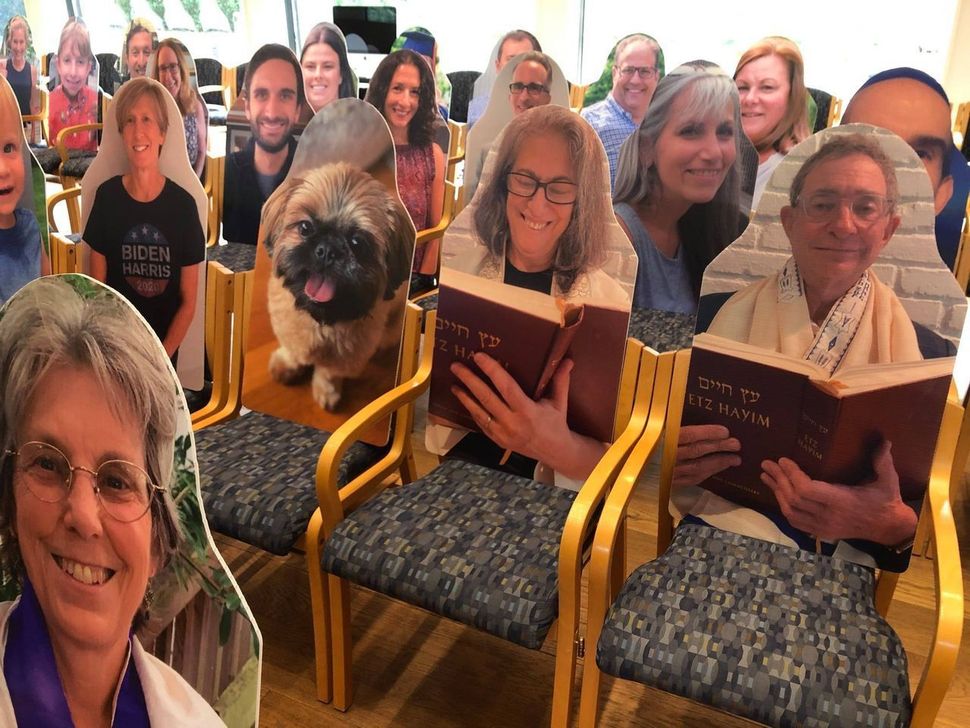 At B’nai Jeshurun in New York, a slate of virtual Rosh Hashanah offerings drew about 10,000 users, three times the number of members and guests the synagogue hosts in a typical year.

Although it’s too soon to say exactly how many Jews attended virtual services, some synagogues experienced even higher turnout than they did last year — defying the widespread conviction that online services couldn’t match the spiritual experience congregants enjoy in normal years. But that doesn’t mean their worries are over: Many synagogues depend on money raised during the High Holidays, and online services may not attract the same level of financial support.

“A lot of people, including rabbis, were worried that it was going to feel inauthentic or strange,” said Rabbi Hara Person, the chief executive of the Central Conference of American Rabbis. “It certainly was strange, but I think people were surprised at how real it felt.”

Representatives from the Reform and Reconstructionist movements said that participation in services during Rosh Hashanah bodes well for Yom Kippur, and built on a trend of robust attendance throughout the pandemic.

To be sure, both B’nai Jeshurun and Mishkan are large, relatively well-known congregations. Not all synagogues experienced such high turnout. Hinenu: The Baltimore Justice Shtiebl, saw attendance dip slightly, with 207 registrants compared to 230 the year before.

And not everyone feels comfortable weighing in on the question of Rosh Hashanah attendance yet. Rabbi Jacob Blumenthal, CEO of the United Synagogue of Conservative Judaism, said it was too early to judge.

Virtual worship didn’t hit the spot for everyone. Ariella Rohr, 31, said she cried throughout the first night of services at her Reform synagogue, Temple Israel of Omaha, Neb. Rohr balanced holiday observance with caring for her toddler, and it was difficult to feel connected or reflective from her living room.

“There’s nothing the clergy could have done to fix that,” she said. “This just isn’t how High Holidays are supposed to be.”

Still, many smaller synagogues reported enthusiastic attendance, despite the fact that some did not make services available to the public and were therefore unlikely to attract unaffiliated Jews searching online last-minute for a service.

“People told me they didn’t know what to expect and liked it, so they came back,” he said. 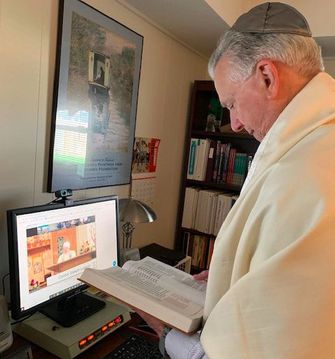 Kol Ami, a Reform Congregation in Kirkland, Wash. whose sanctuary accommodates a maximum of 225 people for in-person worship, broadcast Zoom services to over 400 people. Rabbi Yohanna Kinberg said that some participants submitted membership applications before services even ended.

There are likely several factors behind the figures rabbis reported. Some large congregations, B’nai Jeshurun among them, that would normally charge non-members for High Holiday tickets made live-streamed services available free of charge. Person also noted that the option to worship from home might have made attendance easier and more appealing for young parents, seniors with limited mobility, and busy professionals.

Deborah Waxman, the president of Reconstructing Judaism, saw a spiritual significance in the numbers. “I deeply believe the existential nature of the pandemic has contributed to a religious revival,” she said. “Those of us who have been really protected from life-or-death questions are facing them in a way that our ancestors did. [People] are looking for religious answers and the solace of community.”

For Howard and Barbara Herman, 71, longtime members of Temple Beth-El in Great Neck, N.Y., a High Holiday season at home was a break from years of tradition — but one they ultimately enjoyed. They appreciated that their clergy, who went “all-out” in designing a slate of online offerings, addressed the pandemic by inviting the congregation’s essential workers — including teachers, doctors, nurses and EMTs — to pre-record the blessings called aliyot over the summer.

After months without seeing friends in person, Howard said, “it was a beautiful thing to see them honored in that way.”

Some found that virtual services provided opportunities that in-person ones simply can’t.

“We were split into small breakout rooms during my rabbi’s d’var Torah to reflect, support and share with each other in a way that wouldn’t have been possible in a huge room with echoing acoustics,” said Davinica Nemtzow, a congregant at Mishkan Shalom, a Reconstructionist synagogue in Philadelphia.

Yet most synagogues, even those seeing high levels of attendance, are facing tremendous financial pressure as a result of the coronavirus pandemic. Some, like Brooklyn’s Congregation Beth Elohim, set up “emergency stabilization funds” to compensate for lost revenue.

Past economic crashes have had devastating effects on synagogue life: Historian Jonathan Sarna estimated that the Reform movement lost 20% of its members after the 2008 financial crisis.

Karla Goldman, a professor of Judaic Studies and Social Work at the University of Michigan, cautioned that high turnout and even creative virtual services won’t automatically translate into financial stability for synagogues.

In fact, Goldman said, even if virtual worship is drawing in Jews who might not have attended before, the increasing availability of live-streamed services from well-known synagogues could actually discourage them from investing in the congregations in their own communities.

“Synagogues have found they can move online, but does that mean there’s a guarantee of membership in the future?” Goldman said. “We don’t know.”

Person said that synagogues live-streaming their services free of charge are “getting savvier in terms of asking people who just drop in to donate” — for example, by placing a donation button next to a livestream.

And while traditional High Holiday fundraisers, like the sale of reserved seats or parking spots, aren’t possible this year, some synagogues are adapting their appeals to the virtual era. The Reconstructionist Synagogue of the North Shore, a congregation in Long Island, asked congregants to chip in for cardboard cutouts of themselves, which were stationed in the sanctuary during virtual services.

Ultimately, Goldman said, synagogues that want to convert high attendance into long-term support must emphasize what they can offer beyond services.

“The thing synagogues have to do is say, ‘We’re offering meaningful community in a way that streaming online can never do,’” she said.