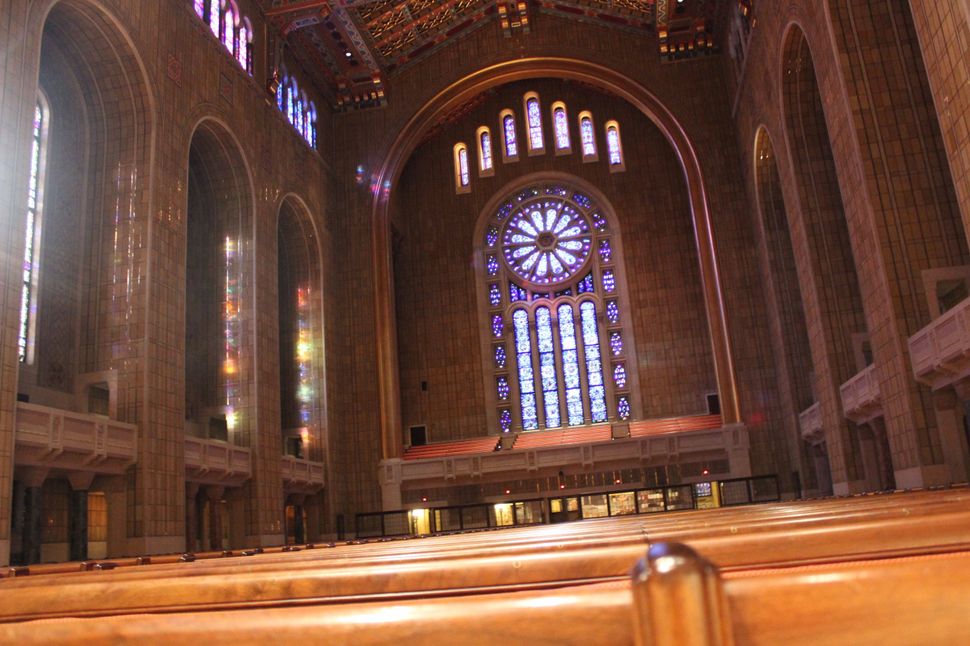 The Reform movement — the largest Jewish denomination in the country — announced layoffs today in its main umbrella organization, the Union for Reform Judaism, citing an existential threat brought on by the coronavirus economic crash.

“Unfortunately, we are now at the point that the long-term viability of the URJ is at risk if we do not reduce personnel costs further,” Rabbi Rick Jacobs, leader of the movement, said in an email to staff sent today. “The impact of COVID-19 on all of our revenue streams has been crushing, and we anticipate it will take several years to recover. Consequently, our organization must get smaller.”

The layoffs amount to about a 20% reduction in the URJ’s workforce — 60 positions total — across all its departments, including the Religious Action Center, the movement’s political lobbying wing, said a URJ spokesperson who spoke on condition of anonymity. Organization-wide pay cuts of between 3% and 16% implemented in April remain in effect, the spokesperson said.

The URJ is only the latest Jewish organization to suffer from the fallout of the coronavirus pandemic. The Jewish Federations of North America — an organization that tasked itself with providing funds to Jewish groups struggling during the current economic crisis — announced layoffs and salary cuts last week. Other Jewish nonprofits, Jewish Community Centers, day schools and synagogues around the country have also had to furlough or cut their staff. The effects are worldwide: In April, the two largest Jewish newspapers in Canada and the United Kingdom announced they would close because of acute financial problems heightened on by the pandemic.

The URJ — once a $90 million organization, according to Jacobs’ email — performs a number of roles in the Reform world. It plans the movement’s biennial conference, which draws thousands of congregants every two years and serves as the engine for enthusiasm and innovation in the movement and often serves as the arbiter for disputes between synagogues, or between synagogues and rabbis.

Though the URJ — and its predecessor organization, the UAHC — has been considered “the gold standard” of synagogue organizations in the U.S., said Jonathan Sarna, a professor of American Jewish history at Brandeis University, the organization has been in somewhat of a decline.

The movement saw a 20% reduction in congregants during the 2008 financial crisis, many of whom did not come back, Sarna said, adding that it could be facing a similar exodus as the economic crisis caused by the novel coronavirus deepens.

The fallout will almost certainly affect the organizations and institutions created by the URJ, such as Hebrew Union College, the main seminary of the movement.

Unlike the synagogue organization for Orthodox synagogues, the Orthodox Union, which draws its revenue from certifying food products as kosher, the Reform movement’s income comes from dues paid from synagogues. In recent years, Sarna said, more and more synagogues have questioned why they should pay dues to the URJ, instead of just operating as independent entities.

Now, those and other synagogues will wonder about whether they can afford to pay dues as they weather their own local financial crises, said Steven Windmueller, a professor of Jewish communal service at Hebrew Union College-Jewish Institute of Religion in Los Angeles.

The Reform movement had already decided earlier this month to cancel this summer’s season at its network of camps, affecting more than 10,000 children. The decision may also have had a significant effect on the Reform movement’s bottom line, Sarna said.

But just as the Reform movement was the first to cancel camp, Sarna said they are probably only the first major Jewish institution to announce layoffs.

“I don’t think this is a Reform story,” he said. “This is gonna be an American Judaism story.”