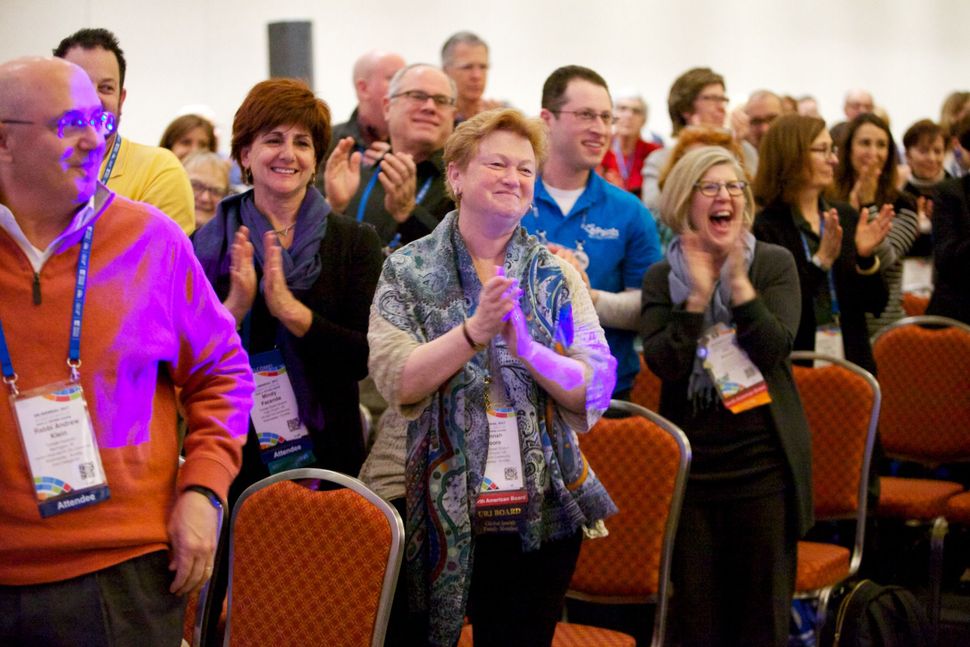 Image by Courtesy of the Union for Reform Judaism

On Saturday, thousands of Reform Jews gathered in a cavernous Boston auditorium, filling the space nearly to capacity. Congregational leaders led the crowd in prayer to celebrate the Jewish Sabbath. The scene of the stage was projected on four massive screens, amplifying the intimate rituals of the sacred day to the scale of a football game. In the hallway outside, thematic banners hung from the ceiling. “Connected with Israel,” one flag read, picturing a beaming line of teenagers in a sun-bleached desert scene, an idyllic scene at odds with many people’s feelings.

“Are we at a breaking point in Diaspora-Israel relations?” Rabbi Rick Jacobs, president of the Reform movement, said before a packed auditorium of thousands, speaking Saturday morning. “We are coming alarmingly close.”

The Union for Reform Judaism’s biennial conference was undeniably a flexing of organizational muscle and a lavish showing of institutional power. Reform Judaism is American Judaism’s largest movement, and the conference was the movement’s biggest ever. Six thousand Jews from across the country gathered in Boston for the four-day convention, where the mood was often celebratory. Yet the convention also found the movement at a moment of uneasy transition. A festering dispute between the URJ and ultra-Orthodox rabbis in Israel loomed over the event. Many said relations between Israel and the movement were at an all-time low — so low that the movement is talking about a new emphasis on connecting with Israeli people instead of their leaders. 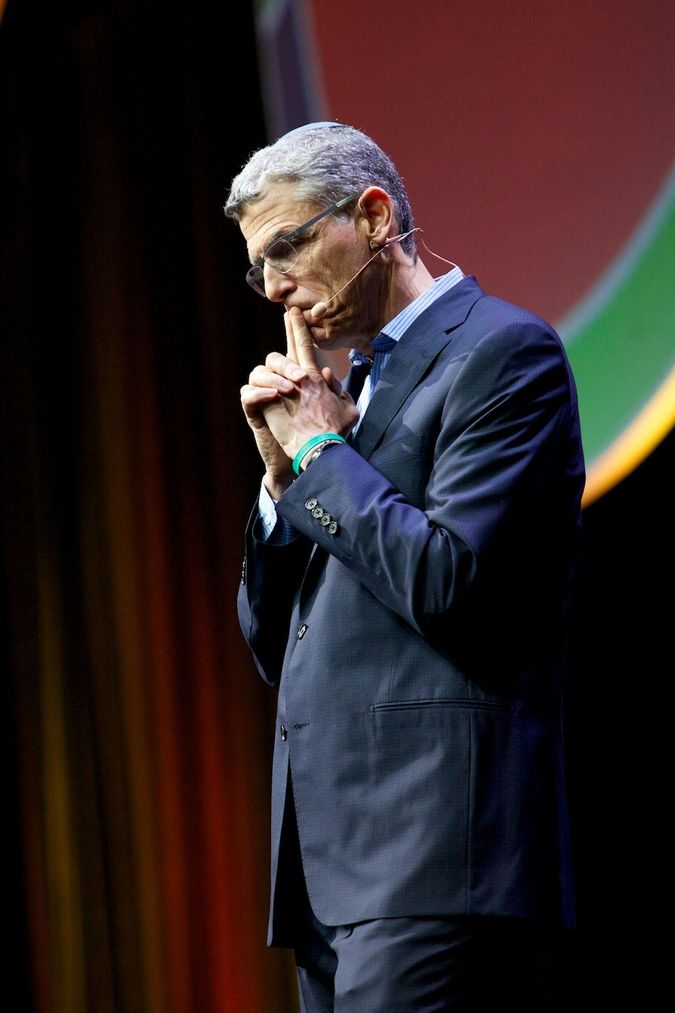 Last month, security guards roughed up Jacobs and other Reform leaders, tearing their clothes as they tried to pray at the Western Wall, in what was just the most recent fracas in a long-standing and bitter dispute with Israel’s ultra-Orthodox religious authorities.

The most recent tensions between the American Jewish community and the Israeli government are over Israel’s backtracking on a promise to create an egalitarian prayer space at the Wall and over the consideration of a bill that would legalize the Orthodox Chief Rabbinate’s monopoly over conversions performed in Israel.

“We are feeling betrayed,” said Rabbi Jonah Pesner, head of the URJ’s political arm, the Religious Action Center. “Not by Israel, but by its leaders.”

The turmoil is causing community members to feel angst over their own personal relationship with Israel. Reform Jews, who had traveled to the conference from across the country, shared a range of views, many of them seeking to draw a distinction between Israel and the country’s leadership.

“There is a real wrestling with the topic of Israel happening right now,” said Dov Waxman, a Northeastern professor and author of “Trouble in the Tribe.” “But it’s significant, I think, that the wrestling is happening publicly, in the corridors of the movement. They’re not hiding it.”

Shari Davidson, a 50-year-old health care worker and Reform congregant from Maryland, recalled her own unsavory experience at the Western Wall, when she was stopped by guards who emptied her bag on a table and asked why she was carrying a prayer shawl. The authorities at the site forbid women to wear such religious garb, and they interrogated her.

“It makes you feel like they’re saying, ‘We don’t want you here, you don’t belong in this space,’” Davidson said. “It’s heartbreaking.”

Other congregants see the conflict as a political problem, but not something that prevents them from feeling connected to the country.

“We are part of an international family of Jews,” said Gary Perolman, a 67-year-old retired Army officer from Maryland, pointing to a pin of the Israeli and American flags melded together on his blazer.

On Thursday night, Israeli writer David Grossman described a “deep fracture” between non-Orthodox Jews and the Orthodox leaders in Israel. Grossman, winner of the 2017 Man Booker Prize for his newest novel, “A Man Walks Into a Bar,” said that even though he is an atheist he felt culturally close with the Reform movement. Grossman’s three children studied with a Reform congregation in Israel. Many Israelis could be receptive to the movement, he said.

“This is the moment for a historic change, to make your presence known in Israel as never before,” Grossman said.

The Reform movement remains a small minority in Israel, but leaders point to what they see as encouraging trends among the populace there. According to recent polling funded by the movement and carried out by an independent research group, there are more self-identifying Reform Jews in Israel now than ever before. More than half of secular Israelis say they’ve attended a lifecycle ceremony officiated by either Reform or Conservative rabbis. More than 10% of Israelis identify as Reform or Conservative, according to the polling.

In an interview with the Forward, Jacobs said the Reform movement is looking to bolster its ranks by appealing to disaffected Israelis, promising to double the American movement’s financial investment in growth of Reform communities in the Jewish state. “There are new opportunities in Israel,” he said.

Jacobs even proposed that progressive American Jews create their own “reverse Birthright,” one for “Israelis here in the Jewish communities of North America.”

We need reverse birthright. Bring young Israeli Jews to the US to experience US Judaism. Rabbi Rick Jacobs #URJBiennial #URJBiennial2017

The movement’s new emphasis on finding members in Israel might bear fruit, Waxman said. “There’s certainly a potential market in Israel today,” hsaid Waxman. “There is an interest among Israelis in a Judaism that is not ultra-Orthodox.”