Better Days: Benjamin Netanyahu received a standing ovation from lawmakers on both sides of the aisle when he addressed Congress in 2011. Image by getty images

Pressure on Israeli Prime Minister Benjamin Netanyahu to cancel his planned speech to a joint meeting of Congress is building among mainstream pro-Israel leaders, leading to an increasingly divisive split in the Jewish community.

Some leaders are speaking out publically against the speech, scheduled for March 3, arguing the controversy is becoming a major distraction from their shared goal of stopping Iran from becoming a nuclear power.

Rabbi Rick Jacobs, leader of the Reform movement, has joined Abraham Foxman of the Anti-Defamation League in urging Netanyahu to reconsider his visit to Washington; so did Seymour Reich, a former chairman of the Conference of Presidents of Major Jewish American Organizations, the community’s umbrella organization on policy. 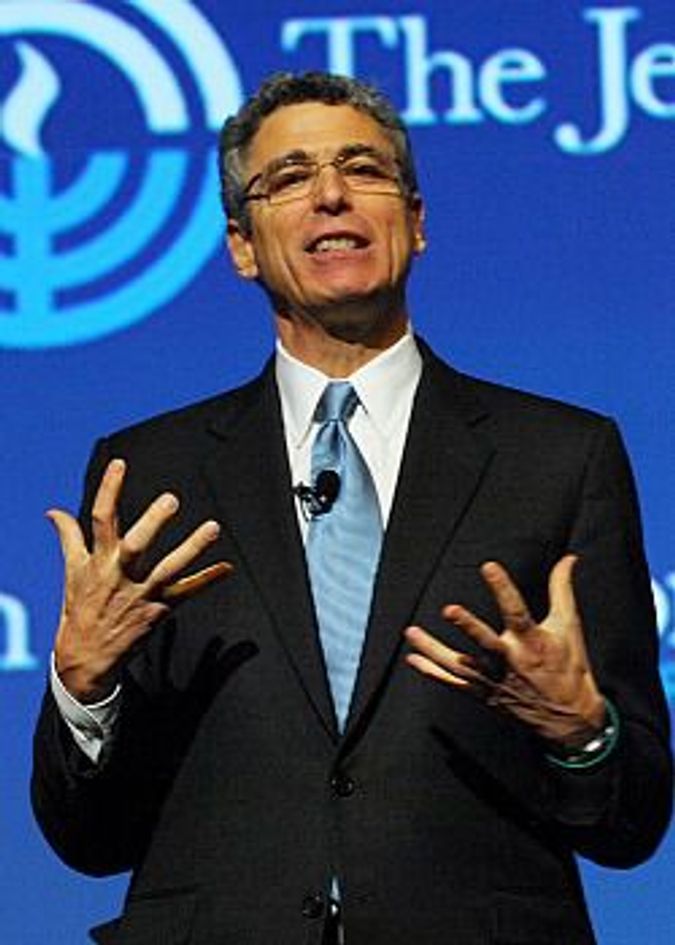 Jacobs, who is president of the Union for Reform Judaism, the nation’s largest Jewish denomination, called the idea of speaking to Congress only two weeks before the elections in Israel and without consulting with the president and with Democrats, a “bad idea,” saying it would be “ill advised” for Netanyahu to carry out his planned speech.

“I would want him to re-think it,” Jacobs told the Forward on Friday. “He should find another way to express his voice.” Jacobs argued that Netanyahu could still back out of House Speaker John Boehner’s invitation without losing face. “It will not be an embarrassment,” he said. “It will be something people will respect him for.”

Reich, too, called on Netanyahu to “bite the bullet and postpone his address.”

Jacobs explained that his call for Netanyahu to cancel the planned visit stems from his concern that it would not serve the broader goal of making sure a deal signed with Iran does not endanger Israel. It also reflects his fear that the controversy surrounding Netanyahu’s speech could turn Israel into a partisan issue in American politics.

“This is something we in the Jewish community cannot afford,” Jacobs said. “That’s what’s in stake.”

Earlier, Foxman, the ADL’s national director, urged Netanyahu to cancel his visit. Foxman said the controversy surrounding the trip has overshadowed the initial goal of Netanyahu’s speech and turned the entire debate into “a circus.”

Jewish organizations aligned with the left have expressed their opposition to Netanyahu’s speech from the start, with the dovish lobby J Street supporters sending more than 15,000 emails to Congressional offices and making 1,000 calls to Israeli consulates across the country, calling for cancellation of the speech.

The call for Netanyahu to cancel his visit to Washington has split the Jewish community. Organizations aligned with the Republicans or known for their right wing approach still support the idea of having the prime minister speak to Congress and alert lawmakers against the dangers he sees in the nuclear deal being discussed with Iran. Liberal organizations have largely fallen in line with the call to cancel the visit.

But may others refused to take a public stand on this highly toxic issue. The American Jewish Committee, one of the largest Jewish organizations, has repeatedly turned down questions from the Forward regarding its view on Netanyahu’s visit.

The American Israel Public Affairs Committee was among those choosing to remain silent on the issue. But Israeli and American congressional sources told the Forward that AIPAC, in private conversations, has been trying to distance itself from the debate and has made the argument that Netanyahu’s decision to come and speak to Congress was his own initiative and was not done in coordination with the lobby.

One Israeli source described the reaction of the American Jewish community to Netanyahu’s visit as “confusion,” noting that activists have been seeking advice from Israeli officials and have stressed that the debate over the planned speech has caught them by surprise.

But Malcolm Hoenlein, the Conference of Presidents’ executive vice chairman, has been strongly supportive of Netanyahu’s speech in recent press interviews. “I do not think the prime minister’s speech will do what people think. He did not come to attack the president or take sides,” Hoenlein told JTA.

In response to the wave of Democrats declaring their intention to boycott Netanyahu’s speech and in light of the growing calls within the Jewish community to cancel the visit, Jewish supporters of the Republican Party and other hawkish groups have launched a counter effort.

Republican Jewish Coalition director Matthew Brooks said in an interview with [Politico]http://www.politico.com/story/2015/02/benjamin-netanyahu-israel-congress-114965.html?ml=po) that his group will take action against Democrats who decide to boycott Netanyahu’s speech.

“We will commit whatever resources we need to make sure that people are aware of the facts, that given the choice to stand with Israel and Prime Minister Netanyahu in opposition to a nuclear Iran, they chose partisan interests and to stand with President Obama,” said Brooks.

The RJC largest donor is Sheldon Adelson, who in past elections cycles has poured millions of dollars to defeat Democratic candidates.

“We will, of course, be publicly condemning any Democrats who don’t show up for the speech — unless they have a doctor’s note,” added Morton Klein, head of the Zionist Organization of America.

“Threatening members of Congress? They are shooting from the hip,” responded Reich, making clear that Netanyahu’s congressional speech has not only split Congress, but is now also dividing the organized Jewish community.