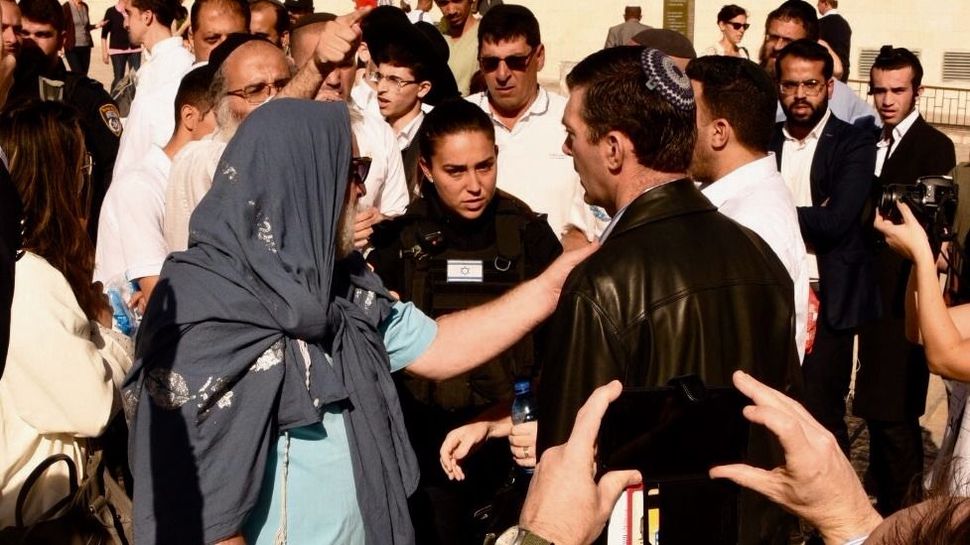 Thursday was quite a day for Reform Judaism in Jerusalem. A delegation of our movement’s leaders, which included the Board of Governors of the Hebrew Union College-Jewish Institute of Religion on which I sit, gathered for morning prayers in the archaeological park outside the Western Wall plaza. The occasion was the ordination, later in the day, of Israel’s one hundredth Reform rabbi.

Israel’s Reform Movement is a growing success story despite every effort by the Chief Rabbinate and Israel’s ultra-Orthodox parties to hobble it. Because the Kotel’s regulations do not permit egalitarian worship, and because Prime Minister Benjamin Netanyahu reneged on his promise to create a prayer space there that would, we began our worship on a distant platform over the Southern Wall excavations.

We would not end them there though, instead proceeding with eight Torah scrolls toward the Western Wall itself. When we arrived at the security gates, we were quickly rebuffed by the guards, some of us physically, notably HUC-JIR’s President, Rabbi Aaron Panken, and the Union for Reform Judaism’s President, Rabbi Rick Jacobs, who was threatened with mace.

And then, once we entered the plaza, a gang of Haredim attempted to intimidate and even tackle those bearing the scrolls. A number of us, now supported by security officials, intervened. And while a few of our minyan were knocked down and roughed up, no one, thank God, was seriously hurt, though given the intensity of the response, first from the security personnel and then from the Haredim, someone surely could have been.

The impunity with which the ultra-Orthodox in Israel too often assault the religious liberties of the non-Orthodox should be intolerable in a democratic state. But empowered by the stranglehold of Israel’s religious parties on its coalition government, the Chief Rabbinate rules as if without a care.

Yet as more and more Israelis have discovered, the Rabbanut is no longer the only game in town. Progressive Judaism is a strengthening phenomenon in Israel, as evidenced by the milestone which marked the end of our day.

Overlooking the walls of the Old City, in the heart of the New City on the Reform Movement’s Jerusalem campus, we celebrated the ordination of four Israelis who will offer a different approach to Jewish life: one grounded in compassion, equality, fairness, inclusiveness, and the pursuit of a secure peace with Israel’s neighbors.

They, and those who follow them, will one day build the Israel the rest of us for now must dream… an Israel for which, sadly, we still must take our bumps and bruises.

Rabbi Joshua M. Davidson is the Senior Rabbi of Congregation Emanu-El of the City of New York.