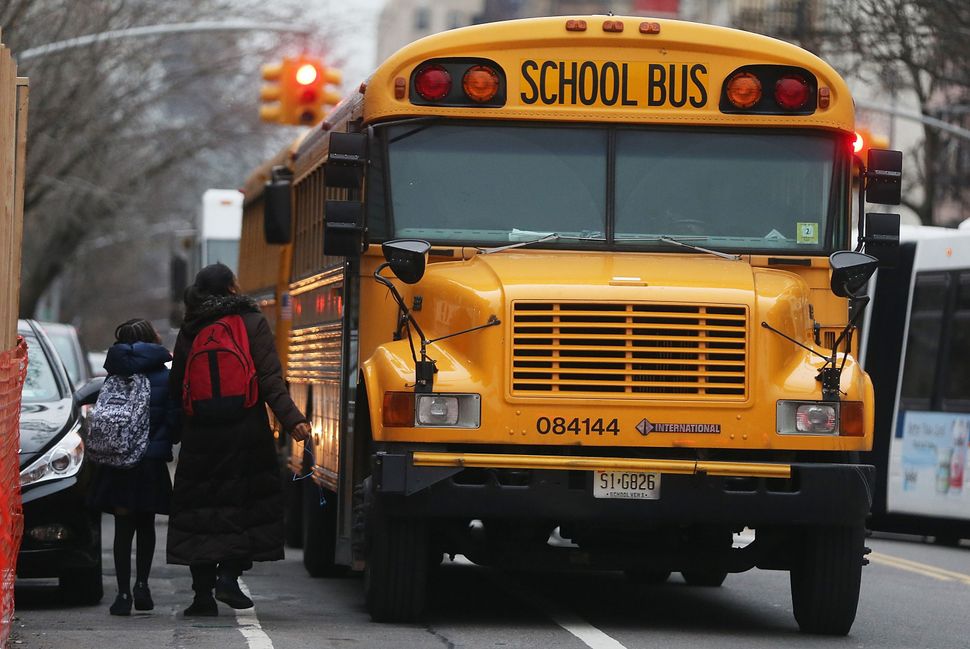 Some Haredi yeshiva day schools in Brooklyn and the New York and New Jersey suburbs are discouraging COVID-19 testing for both teachers and students to try to avoid school closures despite an uptick in cases in Haredi communities broadly.

At Bais Yaakov of Borough Park, for example, administrators called teachers individually and asked them to do the school a “favor” and not test — “even if you have fever,” wrote one teacher in a text shared with the Forward and confirmed by the teacher. The school, which is a girls’ elementary school with almost 2,000 students, told faculty to only seek testing if the school asked for it, according to the text.

The news comes amid an uptick in COVID-19 cases in six Queens and Brooklyn neighborhoods which include the “Ocean Parkway Cluster” of Borough Park, Midwood and Bensonhurst — named after the avenue that links them, according to a Department of Health statement issued Tuesday.

The Bais Yaakov is one of many who have adopted this and similar strategies in order to remain open, said parents of students in Haredi — also called “ultra-Orthodox” — schools in Borough Park, a Brooklyn neighborhood that’s home to several Orthodox Jewish communities, including Satmar, Bobov and Belz communities.

“This is one of the more open-minded schools in Borough Park, so I wouldn’t put it past other schools doing the same thing,” said one Borough Park resident, who spoke on condition of anonymity and who has direct knowledge of similar policies in this school and others. “They want to keep schools open at whatever costs.”

Other schools in the Satmar and Bobov communities have similar policies, said a Borough Park parent, who has children in several schools: “Schools tell students with COVID to stay home, but don’t tell anyone that there was a student with COVID in school.”

The parent noted that there are several outliers; Borough Park’s Bais Brocho, affiliated with the Karlin Stolin movement, tried to keep its classes socially distant when they had their first case a few weeks ago. The Stoliner Rebbe is one of the few Hasidic rebbes who is encouraging social distancing among his followers.

In Rockland County, Yeshiva of Spring Valley sent out a letter to parents warning them that if a child is tested and receives a positive result, “potentially many other kids will be prevented from attending Yeshiva.” The letter stated: “This has nothing to do with whether your child is having symptoms or is a medical risk to others. All COVID positive lab results are provided directly to the Department of Health, which will require your child and potentially many others to not attend Yeshiva.”

Administrators at Yeshiva Ketana of Passaic, in New Jersey, sent out an email to parents asking them to consult with the yeshiva before getting Covid testing, “to determine whether it will be helpful,” according to an email obtained by the Forward.

In Orthodox WhatsApp groups, a forward-message has gone viral: “DO NOT test your child for covid [sic],” the message said. “The city has released new guidelines that mandate CLOSURE of an ENTIRE SCHOOL if there are two positive tests in the school.” The message implores parents to keep children at home if they are sick.

“The administration’s hands are tied because of health department guidelines so it is up to the parents to make sure our school stays open.” In fact, the Department of Education’s policy mandates that public schools will close if two cases, linked together in the school, emerge from different classrooms; the Department of Health’s policies about private schools will be determined case-by-case.

The Department of Health said in its statement that the current increases could “evolve into more widespread community transmission and spread to other neighborhoods unless action is taken. We are monitoring the situation for the need to take further steps in these areas.”

Haredi communities had been hit hard by the virus earlier this spring, with some estimating at least 700 deaths in the early weeks of the virus.