Israel, conspiracy theories, antisemitism: What to look for at tonight’s debate 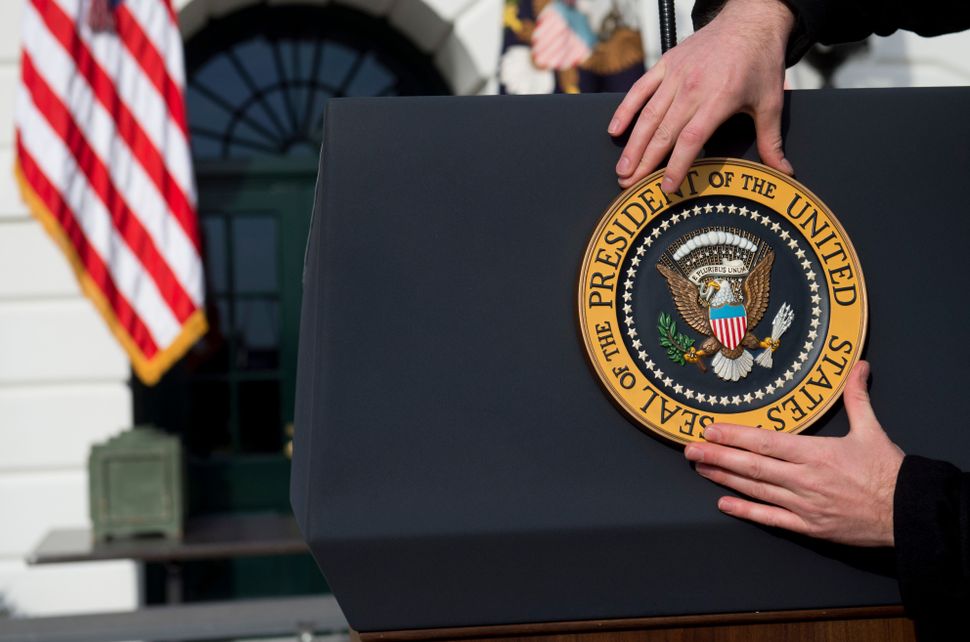 Former Vice President Joe Biden and President Donald Trump will face off Tuesday night in the first presidential debate ahead of this November’s election.

The moderator, Chris Wallace of Fox News (who is Jewish himself, and the son of journalists) has chosen to ask the candidates about each of their records, the Supreme Court, the economy, race and violence in cities, the integrity of the election and of course, the coronavirus pandemic. Here are some Jewish things to watch for.

The Trump campaign has indicated that the president will try to get Joe Biden to answer questions about Biden’s son Hunter, who served on the board of Burisma, a Ukranian energy company. An investigation by Senate Republicans found that the former vice president had not acted improperly, but conspiracy theories that say Biden skewed Ukraine policies to benefit his son are a signature talking point of conservatives online and on television.

Since Wallace is also likely to ask about the integrity of the election and the possible transfer of power, Trump could bring up a conspiracy theory that has taken root among antisemites on social media: that Democrats are planning a coup funded by George Soros.

Trump sent a text message to supporters this month that told supporters that “antifa” will “attack your homes if Joe’s elected.” The president may try to draw links between “antifa,” a far-left, amorphous network of multiple different groups, Black Lives Matter and the Biden campaign.

With questions about the economy and most likely about the explosive New York Times investigation that found Trump paying a paltry sum in federal taxes, coastal elites, globalists, bankers and George Soros — classic antisemitic dogwhistles that rile up a mostly Christian base — could come up at the debate.

In the 2016 debate, Trump said Hillary Clinton was a “friend” of George Soros, who Trump said took a “massive deduction” on his taxes. More recent Republican rhetoric has accused Soros of funding Black Lives Matter protesters

And Joe Biden recently likened Donald Trump to Nazi propagandist Joseph Goebbels., a statement that could come up at the debate.

The Trump campaign has also indicated that the president might highlight donations by the Biden campaign staff to a Minnesota bail fund that they say “bailed out of jail a rioter who shot at police officers and other violent criminals and sexual predators.” Stories about the excesses of bail reform have found homes on white supremacist Facebook groups.

The president has made comments about public housing and its supposed “bother” to suburban voters, widely understood to be thinly veiled racism, a sentiment that could also reappear during conversations about race and violence in cities.

Israel, conspiracy theories, antisemitism: What to look for at tonight’s debate