Joe Lieberman endorses his son Matt for Senate. But there’s that novel… 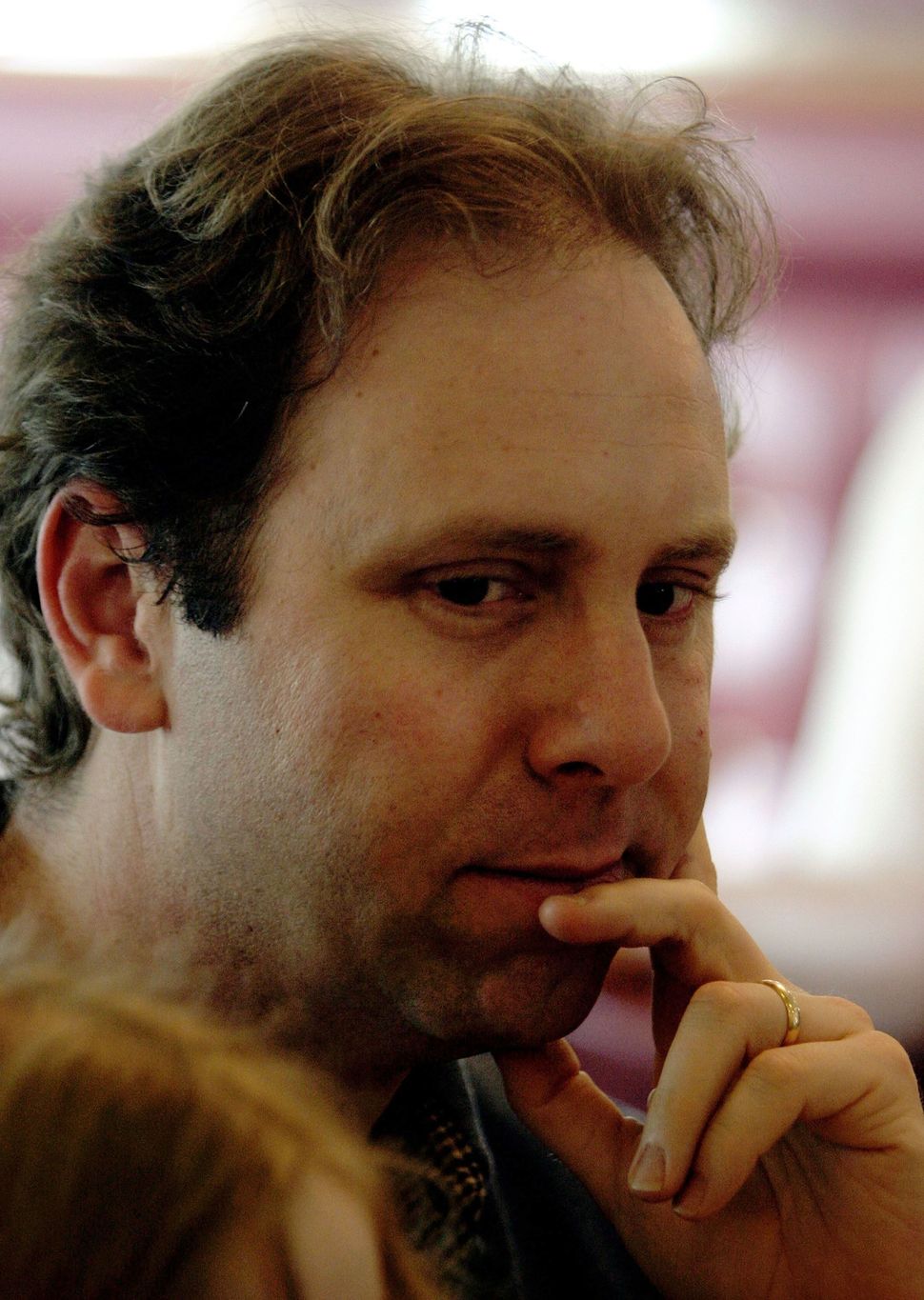 Matt Lieberman is a 52-year-old attorney, single father of two young women, and former principal of an Atlanta-area Jewish school. The son of longtime Connecticut Sen. Joseph Lieberman is also raising the ire of his fellow Georgia Democrats by refusing to exit an expensive and complicated Senate race, despite being called out by the state party, Democratic voters, and the NAACP.

If the story was only that a Senate candidate and son of a former vice presidential candidate was down in the polls in a crowded and pugnacious Georgia primary race, there wouldn’t be much to discuss. But when you consider the implications of a race that could turn Georgia blue and further inflame the national conversation on racism, the story becomes about as byzantine and complicated as the Senate contest itself.

Setting aside for a moment Lieberman’s unimpressive polling that places him among the bottom tier of voters in a jungle primary for Georgia’s Senate seat, there comes the issue of the role race plays in this race.

In August, The Huffington Post ran a piece about a self-published novel written by Lieberman, called “Lucius.” It’s a story set in the present-day about a white man, Benno, and his imaginary slave named Lucius whom he “owned” for much of his life. Lieberman said he felt compelled to write the book after witnessing the events at the Charlottesville Unite The Right Rally in 2017. At the time, he described his work as a “as a clear-eyed and honest look at racism in America.” However, the book itself is filled with racist tropes about the “Magical Negro,” which portrays Black characters as an otherworldly conduit for mystical wisdom and sage advice, and uses the N-word multiple times when describing the title character.

The story’s protagonist is described as a thinly veiled fictional version of Lieberman who befriends an elderly man at an assisted living home. The elderly man, named Benno, describes members of the Klan as “basically good people” and uses dated tropes like racist dialects for its Black characters. It also leans heavily on the notion that Black people evolved separately from white people, which gives them the ability to commune with animals and communicate with nature.

“If this is his imagination, if this is how he constructs a world, where he’s a white savior and he needs a magical Negro to help save him, I would urge him to reconsider his place in this world,” Woodall told the Huffington Post in August.

The 213-page novel flew below the radar before Lieberman entered the race. Then, in the face of condemnations from state party officials, spiritual leaders, and primary voters, Lieberman defended his work as well-intentioned analysis on race in America.

Lieberman dismissed those concerns in a lengthy post shared on Medium in September, saying it’s “a made up story about a made up story.” He outlined his allyship with the cause for social justice and compared his inspiration for the book to Joe Biden’s inspiration to run for president, saying both were a reaction to Charlottesville. “I am White, and I am Jewish. I’m both a fellow target and a full-hearted ally,” Lieberman wrote. “I have marched in beautiful, positive, all-race demonstrations here in metro Atlanta. I have posted repeatedly on social media about the horrific violence we have all witnessed of late. I may act as an ally in ways that are specific to being White, and Jewish, and me. But for this change movement to rise to this historic moment, there must be room for all of us to contribute in our own particular ways.”

“However my book is dissected, let me be clear: my heart’s aim was to get people thinking about the centuries long scourge of slavery and racism and its impact in modern America. I was alarmed and deeply discouraged by what I saw in Charlottesville ― so much so that I wrote these 45,000 words as a response in story form,” he told HuffPo.

But his opponents have stayed focused on this novel. Lieberman’s chief Democratic challenger, Pastor Raphael Warnock of Atlanta’s historic Ebenezer Baptist Church, condemned the book. Warnock already earned the endorsements of presidents Jimmy Carter and Barack Obama, as well as Stacey Abrams, whose own run for the governor’s seat two years ago was marred by charges of disenfranchisement of Black voters.

In the months after the death of civil rights icon and longtime congressman John Lewis, race and representation are a part of a larger conversation about Georgia’s political future.

Three years ago, Georgia was ground zero for cable news pundits and politicos across the country. A consistently red House seat was vacated by Tom Price, who was tapped to serve as President Trump’s first Secretary of Health and Human Services.

Dynamic political newcomer Jon Ossoff ran for the seat in a high profile election that brought with it national attention, with Hollywood stars driving voters to polls, and millions of dollars to saturate the suburban district just north of Atlanta. Ossoff lost that race. He’s back on the ballot this fall, this time against incumbent senator David Perdue. That race drew some initial controversy when the Forward reported that the Perdue campaign ran a negative ad against Ossoff, who is Jewish, that enlarged his nose to antisemitic caricature proportions. But now the headlines are directed at Lieberman.

Meanwhile, the primary to fill the seat held by Kelly Loeffler is a free-for-all with 21 candidates on the ballot. Since no one candidate is expected to garner 51 percent of the vote, the race will almost certainly go to a runoff election that will be decided in January.

For all the controversy, Lieberman can count on one high-level endorsement.

“Of course, I am supporting my son Matt Lieberman in his campaign for the US Senate race in Georgia this year,” his father Joe Lieberman wrote in an email to The Forward. “He has had my strong endorsement and love since the day of his birth.”

Ryan Sloane is an Atlanta-based journalist.

Note: This story was updated 10/7/20 to clarify that Rev. Warnock has not called on Mr. Lieberman to exit the race.

Joe Lieberman endorses his son Matt for Senate. But there’s that novel…