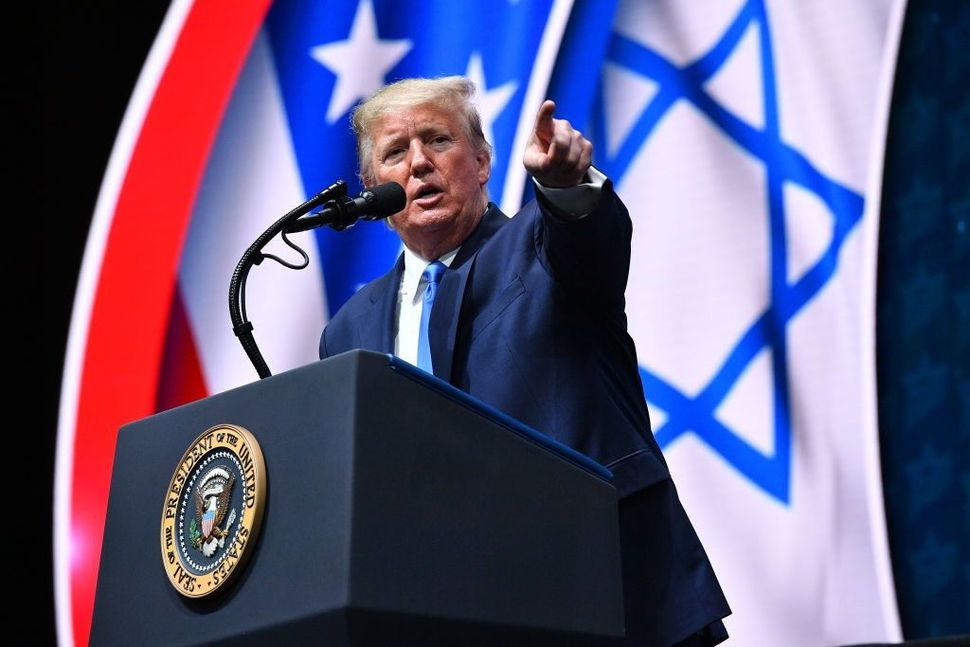 So many seniors make their home in Florida that, for years, comedians have referred to the state as “God’s waiting room.” What every pollster’s mind these days is this: Who are they waiting to vote for?

An estimated 29% of the state’s nine million voters are over 65, and recent polls suggest that support for President Donald Trump among them is eroding. Experts say that any shifting margins within this hefty cohort are likely to decide who carries the state in November, with its 29 electoral votes – and who likely wins the White House.

More than half a dozen state and national polls – AARP, Politico, CNN, Quinnipiac, CBS, NBC, Wall Street Journal, Maris, Siena, Monmouth – report varying degrees of slippage in Trump support by seniors in what the Cook Political Report calls a “gray revolt,” much of it linked to Trump’s handling of the COVID-19 pandemic.

In Florida, where Trump won the senior vote in 2016 by 17 %(the same percentage who supported Mitt Romney in 2012), Biden is either within the margin of error, or up by as much at 11 points – a dramatic swing. Only among Florida’s voters in their late 70s has Trump’s support remained strong.

“There are a lot of Florida seniors who voted for Trump in 2016 who are switching to Biden because of the COVID-19 pandemic, and the way the President has mishandled it,” said Aubrey Jewett, professor of political science at the University of Central Florida. “They have seen the large numbers of cases, the large numbers of deaths, and particularly the deaths among seniors. If Trump loses Florida, it’s going to be because of the big shift in seniors’ votes.”

Republicans rely on conservative white seniors in Central Florida, in massive retirement communities like The Villages, and affluent communities like Naples on the Southwest Gulf Coast; and Cuban-Americans in Miami. All of these groups tend to vote for GOP candidates by wide margins.

On the other side, liberal Jews in South Florida, Puerto Ricans in Central Florida and African Americans throughout the state reliably vote Democratic, by similar margins.

In 2016, when Trump narrowly carried Florida, the state’s Jewish vote for Hillary Clinton was 67%. In 2008, and 2012, Barack Obama did more than 10 points better among Jewish voters, and carried the state.

The question this year is whether enough Jewish seniors who voted for Trump in 2016 are returning to the Democratic fold to tip the outcome to Joe Biden.

One former supporter, a 59-year-old Boca Raton public relations executive, said she was raised in a Republican family, and voted for Trump in 2016, but has switched sides this year.

“I have changed,” said the woman, who is Jewish and asked not to be further identified.

The woman has personal reasons for her anger: she contracted Covid-19 at a Mar-a-Lago fundraiser and was outraged when she read in Bob Woodward’s book “Rage” about how much and how early Trump knew about the pandemic — so much so that she has joined the Lincoln Project, a group of disaffected Republicans, to work against Trump, but she still intends to vote for other Republicans on the ballot.

“I’m voting for Biden, although he is not perfect,” she said. “I believe Trump has destroyed us. He has divided us; he has never united us.”

The fight for the state’s estimated 500,000 Jewish voters, about 5% of Florida’s highly contested electorate, has ginned up on the airwaves, phone banks and virtual events. About 95% of the state’s eligible Jewish voters are registered, and an equal percentage turns out on election day, according to Ira Sheskin, director of the Jewish Demography Project at the University of Miami. Roughly half of these voters are over 65, retired Baby Boomers who have replaced their parents, bubbes and zaydes.

Another woman, Judaic artist Jeanette Kuvin Oren, who was raised in South Florida, has gone further.

“I asked myself, ‘How can I communicate to people I love in the Jewish community who continued to say “But Trump is good for Israel?”

So Kuvin Oren, 59, designed a graphic, using a play on the Democratic nominees’ first initials. It reads simply, “B”H.” But for Kuvin Oren, and other Jews, the initials are also shorthand for B’esrat HaShem, or With God’s help, in Hebrew.

She started a GoFundMe campaign that raised $24,000, and added enough of her own money to pay for three South Florida billboards, one on a section I-95 that passes through Boca. “With God’s help we can elect a new president,” she said.

In the closing days of the campaign, both Democrats and Republicans have launched TV and digital ads. Florida’s statewide races are routinely decided by razor-thin majorities. In 2016, Trump carried the state by 1.2%, or 113,000 votes out of more than eight million cast.

As Mark Mellman, president and chief executive officer of the Democratic Majority for Israel PAC (DMFI), told Politico, “there’s a pitched battle for every voter in Florida and that includes every Jewish voter.”

While Jewish voters can provide the margin of victory in close races in Michigan, Pennsylvania and even Texas, Sheskin said that Florida “is probably the one where the Jews can make the most difference.”

There is no accurate, statewide polling data for Florida’s Jewish voters, but at this point Sheskin estimates current support for Biden is somewhere between 70-75%.

Democratic State Rep. Joseph Geller, who is part of the team mobilizing Jewish Democrats, predicts Biden will do even better, putting him at 78%.

Democratic political observers had predicted that the Biden campaign and allied independent committees like Mellman’s planned to focus primarily on domestic issues, like reproductive and LGBTQ rights, marriage equality and charges of sympathy and support by Republicans for alt-right and white supremacist groups.

Geller and others agree that Trump’s failure to denounce the Proud Boys in the first Presidential debate probably hurt him among Jewish voters. They think it may have undercut some of the support Trump generated by moving the U.S. embassy to Jerusalem, and recent peace accords with the Arab Gulf States.

Trump “gave back all that ground and more,” said Geller, by not separating himself from the right-wing militia group.

Local and international newspaper articles in early October reported that Enrique Tarrio of Miami, the national chairman of the Proud Boys, is also Florida state director of Latinos for Trump, a grassroots organization, and has personal ties to Donald Trump Jr., and convicted felon and GOP operative Roger Stone.

“That kind of hurts,” said Jeff Gaeser, editor of the Heritage Florida Jewish News in Orlando.

A recent poll conducted for the non-partisan Jewish Electorate Institute replicating numerous others done by other organizations, found that, while support among Jewish voters for Israel is high (88%), the issue ranks among their lowest priorities.

The online survey, conducted Sept. 2-7 by the polling firm of Garin-Hart-Yang, surveyed more than 800 self-identified, Jewish voters from across the country who are likely voters. They found that “Biden overwhelmingly leads President Trump on every issue, including Israel.”

Notwithstanding, old habits die hard: Israel has so far become the default battleground for Florida Democrats as well as Republicans.

In the DMFI PAC ad, Biden speaks, over written quotes and visuals from Israeli leaders. The former vice president said that, over time, “There is one enduring, essential principle that will not change, and that is our commitment to the peace and security of the State of Israel. That is not negotiable.”

At about the same time, the Republican Jewish Coalition, which is leading the effort to woo the state’s Jewish voters, launched two ads of their own, part of a $3.5 million buy, airing in South Florida.

“Only one candidate has stood with the Jewish community,” the voiceover intones, “President Donald Trump, the most pro-Israel president in history. He’s fought against anti-Semitism and defunding the police.”

Yet a third group, known as “Jews Choose Trump,” attempted – with mixed success, to place pro-Trump ads in Jewish community newspapers in swing states, including Florida. The ads, in stark white lettering, on a black background, ask, “If You’re Jewish, WHY are you Still Voting Democrat?”

For his part, Florida’s Republican Gov. DeSantis has done his best to support the Republican Jewish Coalition, if only with symbolic acts. He owes his win in the 2018 GOP primary to Trump, who catapulted him to the nomination over the establishment favorite.

In recent months, Nikki Fried, Florida’s state agricultural commissioner, and the only statewide elected Democrat, has pounded away at DeSantis and President Trump for mishandling the response to the COVID-19 pandemic. She has reaped the benefits of her attacks on the governor.

An article in “Florida Politics,” was headlined, “Nikki Fried embraces role as Ron DeSantis’ counterweight.” The article reported that “Fried wants donors to help her fight the Gov. Ron DeSantis and the President,” looking beyond November at a possible run for governor against DeSantis in 2022. 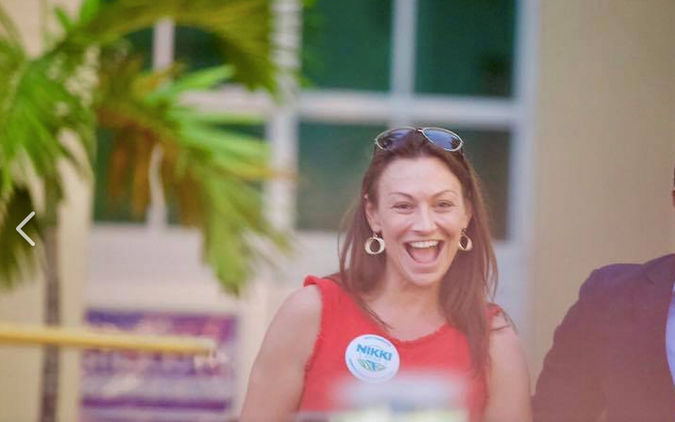 Fried, who is Jewish, has pledged all the campaign money she raises this cycle to crucial down-ballot legislative races.

The first Zoom gathering of Florida Jews for Biden earlier last summer featured the three Jewish Congress members, along with Geller and another state legislator.

On Oct. 6, official and affiliated Jewish groups – Jewish Americans for Biden, Jewish Women for Joe, and Young Jews for Joe – sponsored a national forum on “Social Justice & What’s at Stake for the Jewish Community” with Mayim Bialik, of “The Big Bang Theory.” 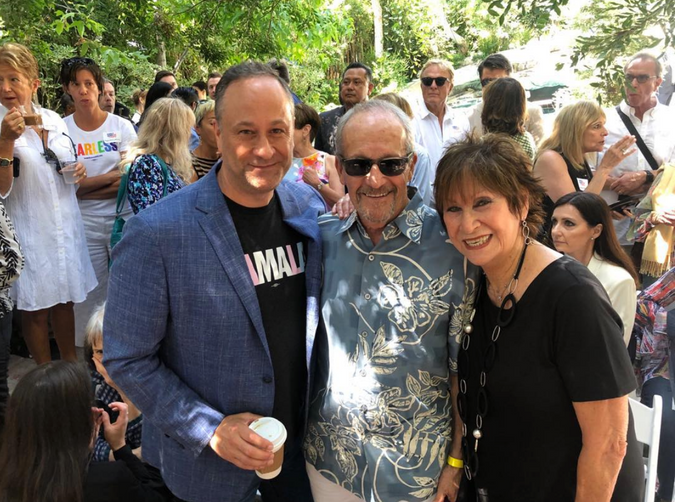 Bialik, describing herself as “a liberal Zionist” but “just a citizen,” was articulate in her support for Biden, Kamela Harris and the Democratic Party.

As the grandchild of immigrant New York sweatshop workers, Bialik she said that in her family support for Democratic candidates has always been “the Jewish way,” consistent with the “liberal values I was raised with.”

Making the 2020 vote a referendum on Israel was a “fallacy,” she said, and an attempt by Republicans to establish a false dichotomy between the two parties.

For decades, “we all supported Israel,” Fried said, Democrats and Republicans alike. Trump’s effort to make Israel a partisan divide, she said, has left her “heartbroken.”

“Republicans are trying to steal away the Jewish vote in Florida,” Fried said, sitting at a desk in front of a large American flag. “That will happen over my dead body.”

Orlando-based journalist Mark I. Pinsky is author of “A Jew Among the Evangelicals: A Guide for the Perplexed”.