Why is Facebook making so many reforms right now? Not out of altruism, experts say. 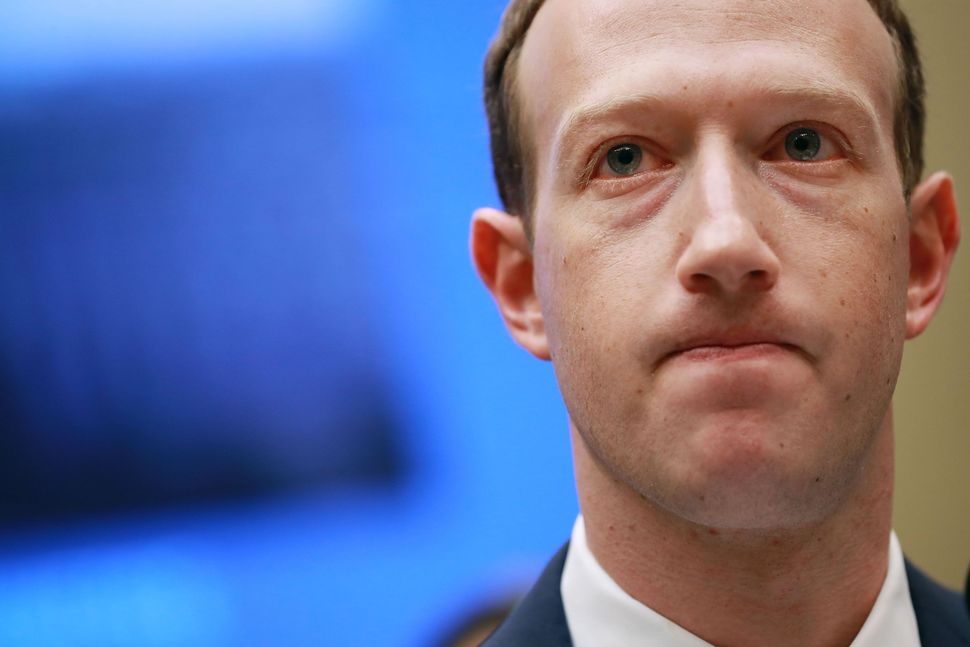 Facebook’s steady drumbeat of recent reforms, from banning pages and groups that openly identify with the conspiracy theory QAnon to this week’s ban on Holocaust-denying content to Tuesday’s ban on anti-vaccination ads, might be a sign of things to come, according to experts in the hate and disinformation space.

The platform is likely “reading the tea leaves” ahead of the Nov. 3 election and giving itself “inoculation” against critiques that it failed to fact-check political ads, de-amplify misinformation and protect against foreign interference, said the head of Media Matters for America, Angelo Carusone.

“You’re going to see a lot of these actions,” said Carosone. “I don’t think you can get more low-hanging fruit in terms of a baseline level of responsibility than saying you’re not going to let your platform be a massive booster of Holocaust denial.”

The platform has been under pressure for years from groups like the Anti-Defamation League, the Claims Conference and the Shoah Foundation to remove content that denies or belittles the killing of more than 6 million Jews and millions of others during World War II. At one point in 2018, Zuckerberg, who is Jewish, said he “personally” found “Holocaust denial deeply offensive,” but would not ban it from Facebook.

Jonathan Greenblatt, CEO of the ADL, said that Facebook has been making “statements for years that this is part of the price of freedom of expression” but folded after the public pressure mounted this year.

The ADL’s advertising boycott campaign, #StopHateForProfit, other publicity campaigns by the Claims Conference, congressional testimony by Facebook CEO Mark Zuckerberg and a survey that found that almost a quarter of American adults under the age of 39 believed that the Holocaust was a myth, that it was exaggerated or that they weren’t sure, all contributed to Facebook’s decision, said Greenblatt.

“I am certain that the process that led to this decision in part was propelled by our efforts,” he said. “We will now be watching the enforcement to ensure that Facebook lives up to their commitment to cleanse the platform once and for all of this ugly antisemitism which helps no one.”

Facebook has made but not kept other promises. The company has been roundly criticized for failing to take down groups that violate terms and conditions and for failing to remove voting misinformation.

In 2016, Russians aiming to disrupt the American election process and sow discord among voters used Facebook more than any other social platform, the Justice Department said in an indictment of some of the Russian agents.

Carusone of Media Matters criticized last week’s QAnon ban, which targets only pages and groups that identify with the conspiracy theory, not content more broadly. He also stressed that by announcing the ban without beginning immediate enforcement, the platform was allowing Qanon pages and groups to adapt to avoid the ban and to transition to other platforms.

1/ The way Facebook is handling this QAnon ban is alarming and deceitful.

So, FB announced a ban on QAnon yesterday. *After* announcement, they began telling reporters that it would take a few weeks to implement.

Yikes. Don’t get fooled. Here’s why that is deceptive and bad…

Facebook may act next on its treatment of private groups, typically insulated from bans and other punishments for violations of terms of service. It could change algorithmic weighting for news sources versus disreputable content, giving reliable posts a greater likelihood of appearing on news feeds. It could fact-check all political advertisements.

Some changes could be significant, like the Holocaust denial ban, said Carusone.

But “you’re going to see a lot of other actions that are more performative,” he said.

Why is Facebook making so many reforms right now? Not out of altruism, experts say.