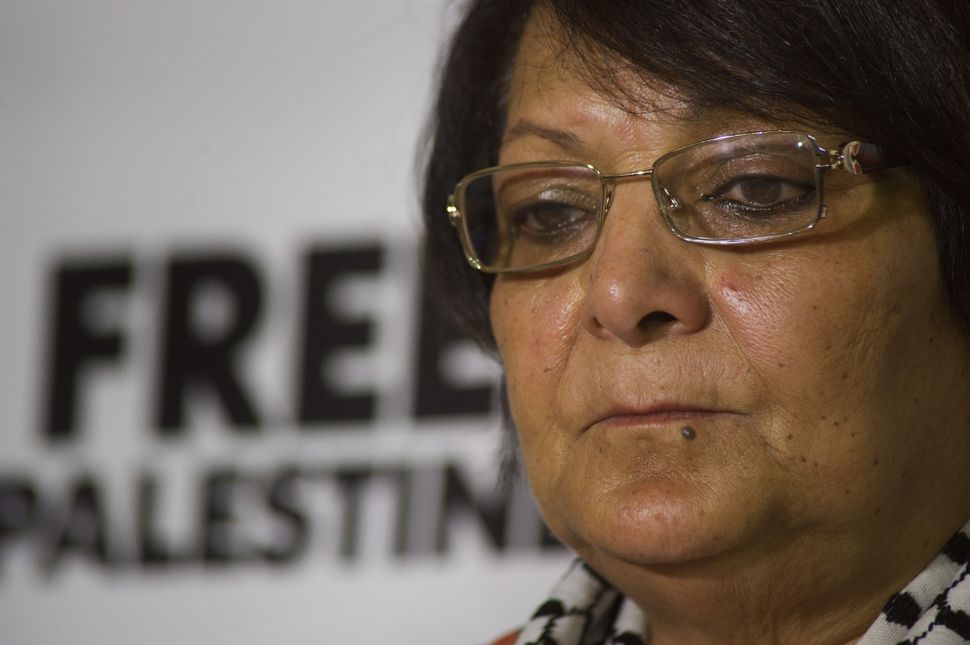 They’re at it again.

After being denied by social media organizations a platform to speak at San Francisco State University last month, Palestinian terrorist Leila Khaled was billed as the featured speaker this Friday, Oct. 23, at the University of Hawaii. Program organizers promoted that they would use the Zoom platform to speak with her from her home in Amman, Jordan.

And once again, Zoom pulled the plug after Jewish groups urged the university host and the tech platform Zoom to keep Khaled from speaking. StandWithUs, a U.S.-based pro-Israel advocacy group, had reached out to Zoom to request it again bar her use of its platform.

Before Zoom announced it would not permit its platform to be used to host Khaled, a spokesperson for the school told The Forward it would not stop the program.

“The event does not reflect the views of the university,” he said. “The university is an institution where controversial viewpoints can be peacefully and openly considered and discussed. The sharing and debate of diverse and difficult ideas and opinions is fundamental to the mission of higher education in our society.” 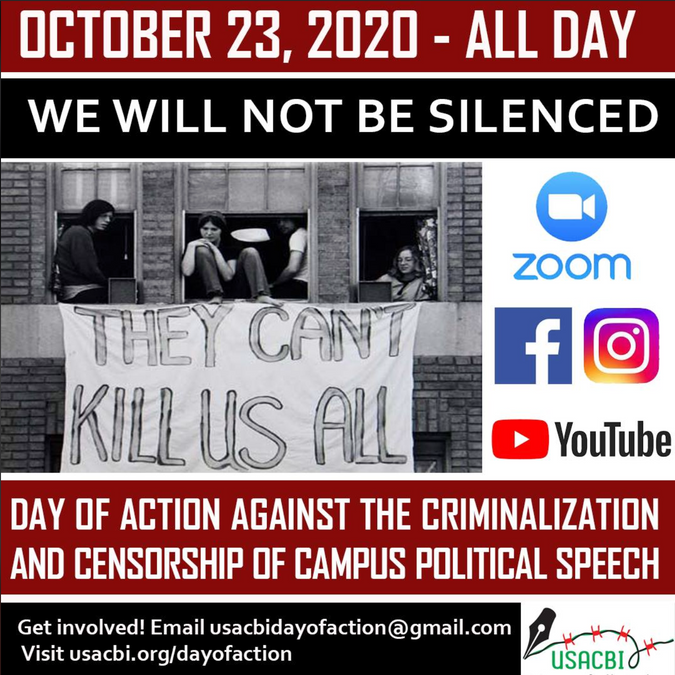 The program is one of a series of events on Friday that has been dubbed by organizers, “We will not be Silenced! Day of Action Against the Criminalization and Censorship of Campus Political Speech.”

Khaled, a member of the Popular Front for the Liberation of Palestine (PFLP), hijacked a TWA flight in 1969, blowing up the front of the aircraft after it was evacuated. A year later she attempted to hijack an El Al flight but was captured by Israeli sky marshals. Her accomplice was shot and killed. The plane landed in London and Khaled was arrested. She was later released in a prisoner exchange.

Now 76, Khaled remains an active member of the PFLP and is considered by Israel to be part of the group’s Jordanian command. The U.S. State Department in 1997 designated the PFLP a terrorist organization after its series of aircraft hijackings killed more than 20 Americans and many Israelis.

In an Oct. 19 email, Roz Rothstein, chief executive officer and co-founder of StandWithUs, reminded Zoom chief executive officer Eric S. Yuan that Zoom, “has already established a precedent for this exact situation with this same speaker. Zoom’s terms of service prohibit use of your platform in any manner that violates anti-terrorism laws.”

The letter pointed out that there may be some who insist that Khaled has a right to speak as a matter of academic freedom.

“This is a specious argument,” wrote Rothstein. “Refusing to provide convicted terrorists or supporters of terrorism a platform is a sound decision that protects your company legally, distances Zoom from appearing to support morally repugnant individuals, and in no way interferes with academic freedom. Terrorists can still speak elsewhere. You simply send the message that they are not welcome on your platform.”

The email pointed out that Facebook and Twitter recently enacted policies banning Holocaust denial on their platforms.

Rothstein wrote also to David Lassner, president of the University of Hawaii, informing him of Friday’s event and of her letter to Zoom.

Although the Sept. 23 event at SFSU was canceled, Khaled was welcomed at an event in Australia Oct. 3 that was held on Facebook live. Sponsored by the International League of People’s Struggle, Khaled had a chance to say what she couldn’t just 10 days earlier. She reportedly called for Israel’s destruction and insisted that a “people under oppression …[have] the right to resist by any means, including armed struggle. … I don’t recognize Israel. We don’t recognize Israel as a people ….”

According to the Investigative Project on Terrorism, Khaled said also: “We have used all means of struggle. Whoever would tell us that this is not your right, I will tell them, `Go back to history and go back to the United Nations Charter.’ The international community recognize that people under oppression have a right to resist.”

In addition, Khaled is said to have claimed that Israelis are “playing the same role of Hitler” and insisted that “Israel is not a state to live. Israel is a state to be demolished.”

The event reportedly marked the launch of the League’s month of solidarity with Palestine. In an online posting, the organizers, the U.S. Campaign for the Academic and Cultural Boycott of Israel Organizing Collective, criticized the action by social media organizations that barred them last month at SFSU.

“It is emblematic of the corporate takeovers of our universities and the influence of Zionist and right-wing organizations and individuals, along with the power of information capital, to set the agenda for what can and cannot be said or taught in a public university,” it said.

“The burden to be the internet police and to play this role of Whack-a-mole is not the job of Jewish advocacy groups,” said Brooke Goldstein, executive director of The Lawfare Project. “There should be procedures in place to make sure social media are not used by groups that support terrorism. This game is never-ending. Tomorrow [Khaled] could pop up in another program.”