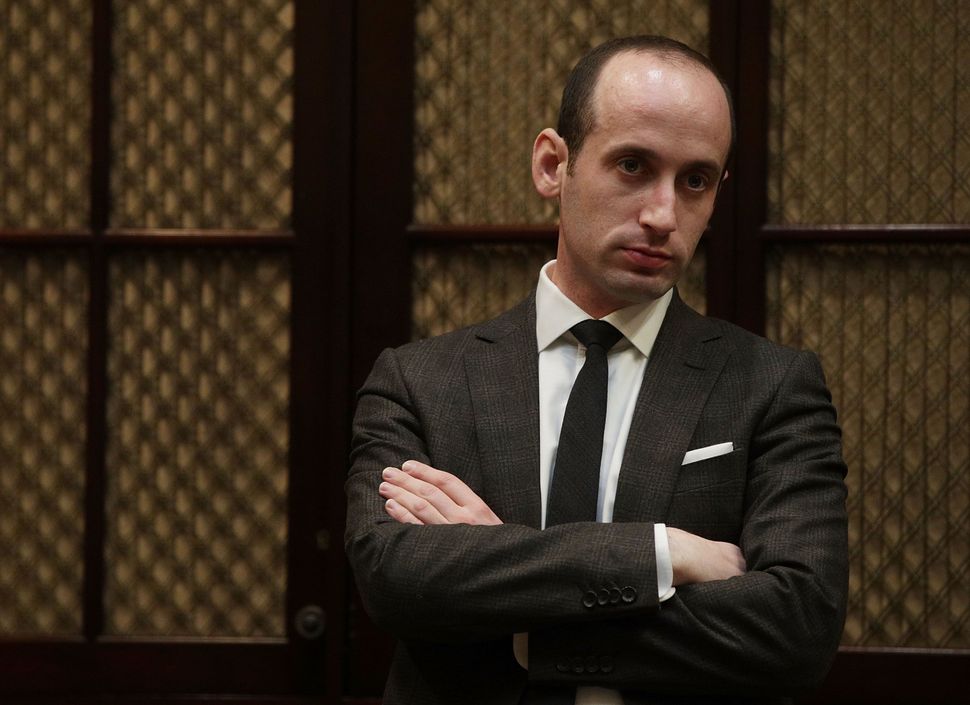 Miller’s great-grandfather Nison Miller, Guerrero writes, arrived by steamship in New York City in 1904, a time when hundreds of thousands of Eastern European Jews were fleeing poverty and pogroms.

At Ellis Island, “nervous or inarticulate Jews could be deemed mentally deficient or deranged,” Guerrero writes. “They were labeled with chalk and placed in cages for another look, along with those who looked diseased.” A couple of generations later, Stephen Miller spearheaded a policy to separate the children of Central American asylum-seekers from their parents, who were put in cages, too.

When President Donald Trump was asked about that policy in last week’s presidential debate, after The New York Times reported that 545 of the migrant children have still not been reunited with their parents, he deflected it by saying the cages were actually built by the administration in which his opponent, Joe Biden, served as Vice President.

Guerrero roots the draconian policy in a 2017 executive order that, she said in an interview, Stephen Miller wrote. 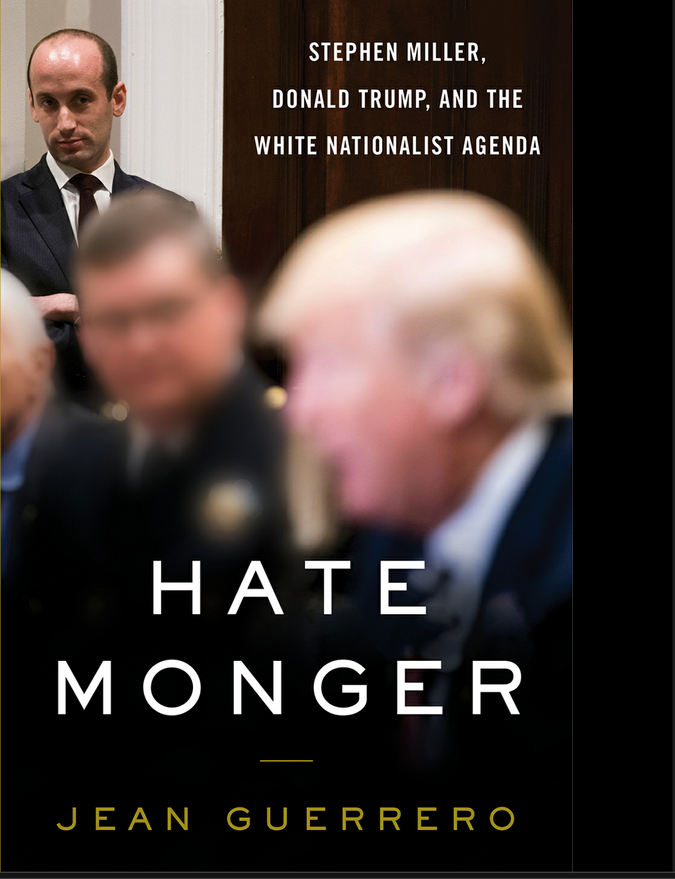 The order gave Customs and Border Protection and Immigration and Customs Enforcement officials “free reign to do whatever they want,” Guerrero said in an interview, setting the stage for family separations two years later. Meanwhile, the Department of Health and Human Services, she said, was “trying to wrap its head around, like, how is this happening?”

Similarly, the story of how the son of a once-centrist Democratic Jewish family from Santa Monica could turn into, well, Stephen Miller, is at the heart of “Hatemonger.”

Miller’s mother’s family, the Glossers, fled pogroms in what is now Belarus and ended up in Jonestown, Penn., where they eventually built the region’s leading department store, Glosser’s, according to Guerrero. Stephen’s maternal grandmother, Ruth Glosser, who died in July at age 97 of Covid-19, told her biographer:

“They survived because they emigrated.”

Miller’s father, Michael Miller, was a moderate Democrat before a financial reversal forced the family from an upscale Santa Monica neighborhood to a middle-class one, Guerrero says. It was around that time that Stephen, who was in high school, fell under the influence of L.A.-area conservative talk radio personalities Larry Elder and David Horowitz.

To understand Miller, “you really have to understand the oppositional nature of conservative politics in Los Angeles,” the conservative pundit Ben Shapiro told Guerrero. “You’re in the minority. You end up going to war enough times, you start to see everything as a war.”

Right-wing provocation was “a way to get attention and as a way to feel empowered during a time of disempowerment in his youth,” Guerrero told me when we talked about her book a couple of months ago. “Then, slowly, he became more and more invested in the ideology, to the point of being a true ideologue and even a fanatic, because of the fact that it has yielded fruit for him.”

Miller’s father was becoming more conservative around the same time, Guerrero said. His real-estate company’s troubles led Michael Miller to complain of the “ridiculous liberal elite” and its intrusion into his personal and business affairs, she said in the book, and that universities were controlled by left-wing extremists.

“Stephen Miller was taught the same values as Trump, like this aggressiveness, this cutthroat mentality, this view of the world as a zero-sum game, where the only way to win is to deprive other people and to punish other people,” Guerrero said in our conversation. “And so I think that’s one of the ways he’s been able to stick around so long. It’s like Trump really sees Steven Miller as a member of his own family.”

Guerrero is a Southern California-based journalist who has covered immigration for years (She contacted me early in her reporting to talk about an article I wrote on Miller’s family background). She is not subtle in her disregard for Miller’s policies — the book is called “Hatemonger,” after all— but her portrait of Miller is not cartoonish.

He is a relentlessly hard-worker who once pulled back-to-back all-nighters to rewrite a Trump speech, a talk-radio savvy communicator and smooth bureaucratic lever-puller. He genuinely believes that by cracking down on immigration, he is helping save the country for the citizens who live here.

Miller, who Guerrero said refused repeated interview requests, is to her the poster-boy for the idea that once you don’t care if people like you, it’s amazing how much you can get done.

The fact that he has made common cause with white nationalists to achieve that end doesn’t seem to concern him. Miller’s on-air assertion that the Statue of Liberty isn’t really meant as a beacon to immigrants echoes former KKK leader David Duke’s claim that the poem at its base is part of “a Jewish conspiracy to pollute America with immigrants.”

Miller’s standard answer when confronted with his own immigrant roots, Guerrero noted in the book, is to parrot a standard white-supremacist trope that America always goes through periods of “on” immigration and “off” immigration, and it is time to hit the “off” switch.

That, Guerrero said, answers the last mystery the book addresses: what would a Miller agenda look like if Trump were re-elected?

Family separations would continue, Guerrero said, and asylum as we know it would end. Miller’s ideal immigration bill, she argues, is not the Immigration and Nationality Act of 1965 but a Coolidge-era law from the early 20th century — whose quotas, she noted, helped consign Jews to Hitler’s crematoria.

What prompted Guerrero to write the book, she told me, was the idea that Miller wasn’t leading a charge against “illegal immigration” but against immigration itself.

“There’s this idea that Trump has put out so that he can continue to appeal to a more moderate Republican that his immigration policy is about cracking down on criminals and cartels,” said Guerrero. “But when you look at the man who is shaping his immigration policy, that’s not his concern. When you look at what he’s actually doing, it’s disproportionately impacting families who have broken no laws.”

Miller’s policies would have been deadly to his own ancestors, and, as Guerrero points out, the rhetoric surrounding them is not without consequences now.

The man who opened fire inside the Tree of Life Synagogue on Oct. 27, 2017, killing 12 worshippers, wrote on social media that HIAS— a Jewish immigrant-aid group Miller had criticized, “likes to bring invaders in that kill our people.”

Maybe Miller let that genie out of the bottle. Or maybe he’s the genie.