In a Paris courtroom, Islamic terror—and France— is on trial 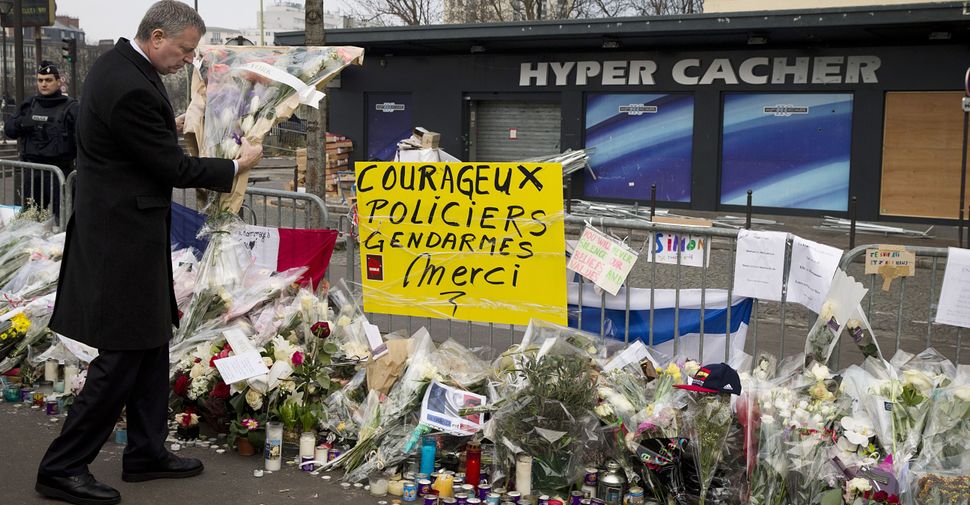 Since early September, 13 men and one woman accused of aiding and abetting the terrorists behind the Jan. 15, 2015 killings at the Charlie Hebdo magazine offices and the Hyper Cacher market have been standing trial in Paris.

The trial, delayed for months due to COVID-19, is taking place in a court in northern Paris, the number of journalists and witnesses pared down to allow social distancing.

Armed police patrol outside, with the country now on highest security alert after a Muslim extremist attack in a church in Nice on Oct. 29 left three people dead.

The appalling decapitation on Oct. 16 by another Muslim extremist of the history teacher Samuel Paty, who explained to his students the history of caricature and of freedom of expression, parallels the events that led to this trial.

Having observed the proceedings from the media section since the trial began on Sept. 2, it is difficult to find a clear connection between the accused and the charges against them and to tell exactly what or who is on trial. The defendants steadfastly deny any link to Islamic terrorism, law enforcement botched the warning signs of impending tragedy, and the government of France itself has been unable or unwilling to confront the threat of Islamic terrorism. 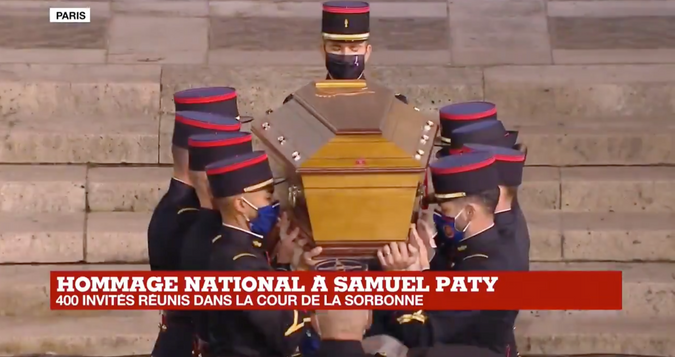 The funeral of Samuel Paty, beheaded by a Muslim extremist in France Image by Twitter

On January 7, 2015, brothers Chérif and Saïd Kouachi penetrated the offices of Charlie Hebdo, a weekly newspaper that had published caricatures of the Prophet Mohammed. In the name of Al Qaeda in Yemen, to avenge the prophet, they opened fire on the newspaper’s staff, leaving 11 dead and 11 wounded. On the morning of Jan. 8, Amédy Coulibaly shot a policewoman in the Paris suburb of Montrouge. On Jan. 9, Coulibaly took shoppers hostage at the Hyper Cacher kosher supermarket in eastern Paris, which he claimed in the name of the Islamic State, killing four staff and shoppers.

The 14 defendants are accused of providing arms and vehicles to these terrorists. The central question is whether they were aware that Coulibaly and the Kouachi brothers were going to commit acts of terrorism. Because the killers are dead, it is the petits mains, the small fry, who will be judged.

As the days go by, the prosecution has struggled to establish conclusive connections between the defendants and the charges against them, or evidence as to their motives. The witnesses swear that the accused aren’t fundamentalists, that they didn’t see that Coulibaly and the Kouachi brothers had been radicalized. In short, this trial is unfolding as if Islamist radicalism exists everywhere in the world—except in this court. 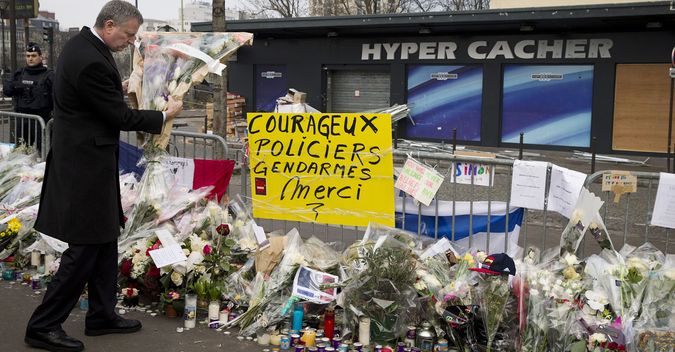 Many of the charges rest on evidence that seems both damning and refutable. Some of the accused made several visits to Lille, in northern France, where the weapons trafficker who provided the arms used by Coulibaly was located. But no hard evidence supports the assertion that they were in Lille to buy weapons apart from the locations of cell-phone calls. Only the vacuousness of the defendants’ explanations of what motivated their movements raises doubts and makes the case for their guilt.

The defendants testified that they went to Lille to traffic in cars and to visit prostitutes.

“It is possible,” said a magistrate, “to visit prostitutes in Paris. So why travel to Lille?”

The courtroom erupted in laughter, but the defendants answered with vague references to drug smuggling and scams involving vehicles. Vehicles? There was no account of the garages where the men met, no airtight alibi, but also no clear proof that they bought weapons for their friend Coulibaly, whose radicalization they somehow did not notice.

The evidence piled up: Apart from these wanderings to Lille, there were police stops of some of the defendants on the night before the attacks; an abundance of phone calls between all of the defendants; traces of DNA on a banknote, on the strap of a taser, on a weapon; and the DNA of one defendant’s sister-in-law on a Tokarev rifle. But it’s all circumstantial, nothing concrete. The witnesses are silent or lie, surely under pressure from their peers.

On the other hand, each week, more and more testimony reveals a series of policing and intelligence failures that facilitated the attacks. The defense described the trial as a smokescreen to camouflage a government scandal, and there is a strong risk that this will become a trial of the French state.

Why had police surveillance of the Charlie Hebdo offices been loosened? The mother of Charb, one of the cartoonists who was killed, testified that when she posed the question to President Francois Hollande, he answered, “You know, a police car would not have changed much, [because] the killers were so determined.” 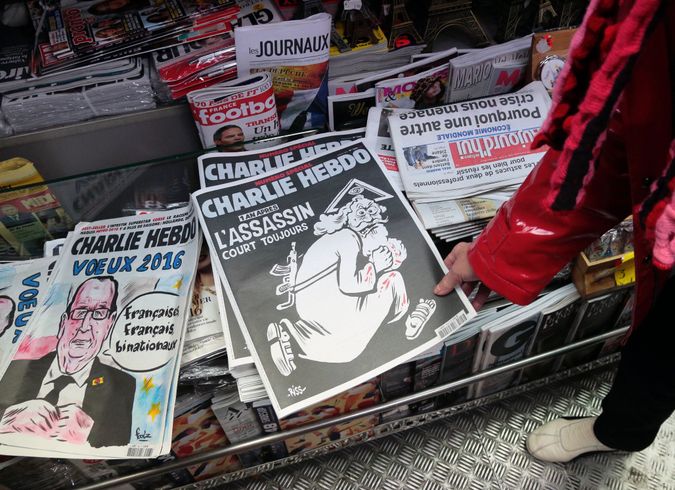 On Sep. 18, two witnesses, a police officer and a cleaner, told the court why they believed Coulibaly was in Montrouge. To them, it was obvious that he was heading for a nearby Jewish school when the unexpected presence of police kept him from following through. Police officer Clarissa Jean-Philippe paid for this with her life.

This explanation seems clear. If not, why target a police officer who was there by chance? How would Coulibaly have known that police would be present? Yet the cleaner testified that when he explained this to the mayor of Montrouge, the mayor responded, “You must not think this way.”

Every time there is an attack on Jews in France, the authorities are slow to categorize it as antisemitic. Did this attitude contribute to a lack of urgency? Coulibaly’s photo had been on the desks of the police since the morning that police officer Jean-Philippe was murdered in Montrouge. If it had been distributed immediately and identified as that of a terrorist targeting Jewish sites, perhaps the next day’s attack on the Hyper Cacher could have been prevented.

The pièce de résistance was the Oct. 1 testimony of the arms trafficker Claude Hermant, a strapping bald man in battle fatigues who was an informant for the gendarmes in Lille. He had provided them with a key piece of information: that refurbished military weapons originating with a Slovak company were circulating in the area. These are the type of weapons Coulibaly used.

When a lawyer asked, “How could these weapons get into Coulibaly’s hands when [you] had alerted the police?” Hermant answered that warring police agencies did not work together at that time, and that this “enormous missed opportunity …is linked to a lack of manpower and resources.”

The defense argued that the truly guilty aren’t in the dock. The defendants are scapegoats, the trial is meant to conceal the failings of the state and to protect the informant Hermant.

The problem with this claim is that the defense also employed smoke and mirrors. Most of the defendants and witnesses have not answered the questions of the attorneys and magistrates. Silence, contradictions, mute or frightened witnesses who disclaimed the statements they made in custody, prevent understanding what might have happened. One has been left with an impression of strangeness, fog, omissions, of a story full of holes.

Then, suddenly, 40 days into the trial, the smokescreen miraculously lifted, thanks to the testimony of the ex-wife of one of the defendants. She was veiled and described herself as a Salafist,a fundamentalist Muslim. She confirmed that her ex-husband had been radicalized.

“I looked for someone for whom religious practice was important,” she testified. “I quickly understood that… we had the same God, but not the same practice…After one week of marriage he told me that the king of Morocco was a miscreant, an unbeliever.”

She cited a repas-rappel, a meal where guests are reminded to practice their religion, attended by Coulibaly and his wife, Hayat Boumédienne, and the killers’ associate Mehdi Belhoucine. “Mehdi gave a speech in which he clearly incited hatred and rebellion,” she said, confirming that what she heard was jihadist ideology.

Thus, as the words that someone had dared to speak were spoken, the smokescreen lifted and the victims heard something of what really happened.

The trial will continue, until a verdict sometime in November. But even as of now, it has raised important issues about the recognition of the reality of antisemitism, the importance of freedom of expression and the need to protect minorities. These questions belong to everyone. The murders in Nice and the death of Samuel Paty are but the latest wounds that exhort us to action, to take these issues seriously and to take political measures to ensure our security.

Karin Albou is a writer and filmmaker who wrote and directed “La Petite Jérusalem” (2005), about the Paris suburb of Sarcelles and “Le chant des marieés” (2008), set during the Nazi occupation of Tunisia. This essay was translated from the French by Anne Dorfman

In a Paris courtroom, Islamic terror—and France— is on trial