In Chicago, an LGBTQ Talmud study center gets a pandemic boost 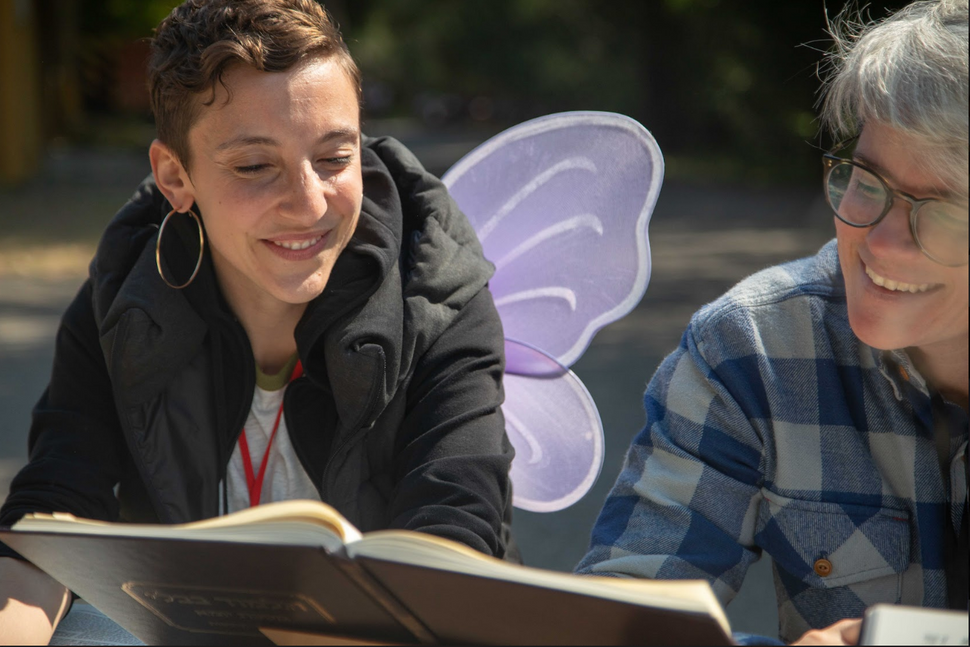 Assistant teachers at SVARA are known as “fairies”— and wear toy fairy wings. Image by SVARA

Before becoming a rabbi, Benay Lappe wanted to be a Buddhist monk.

While Jews have often been drawn to Eastern traditions, few dedicate nearly a decade to becoming a devout Buddhist in Japan. Lappe is hardcore. But before making her final commitment, she consulted with a rabbi in Tokyo who gave her a copy of “Pirkei Avot.”

This little Jewish book of wisdom “messed me up,” she said, and she had the realization that Jews were indeed as wise as Buddhists. 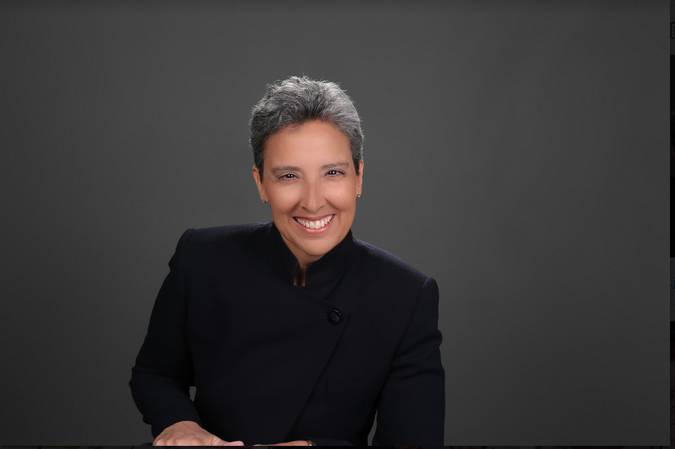 Thus started Lappe’s journey to becoming a rabbi and founding SVARA, a queer normative yeshiva for everyone. But the road was not easy. She chose Jewish Theological Seminary, which at the time did not accept LGBTQ individuals. She had read that all Jews received the Torah on Mt. Sinai. “I felt justified going into the closet to get the Torah that was mine,” she said. 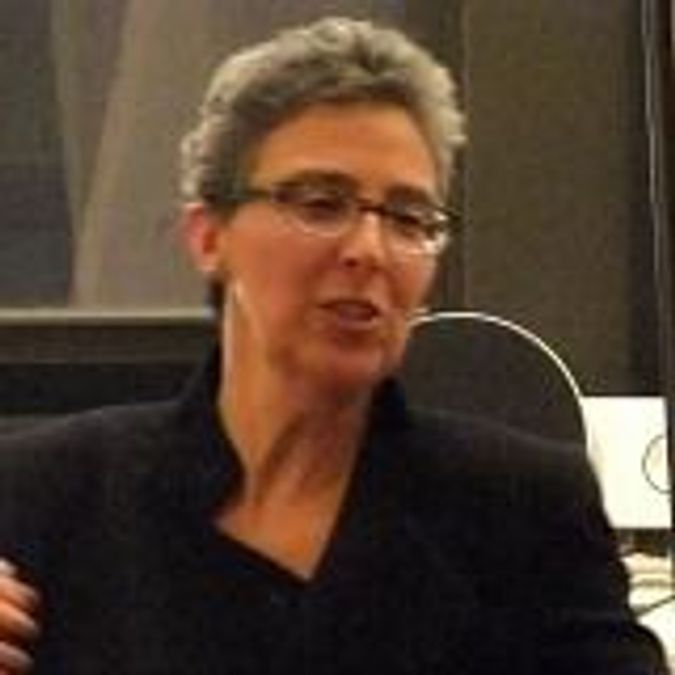 And during her six years of study she discovered Talmud — which changed her life.

Reading Talmud as a queer person, Lappe found it was the opposite of what she was told growing up. “It was not the immutable word of God, fixed, unchanging and eternal,” she said.

When she left rabbinical school, Lappe realized she had never actually learned this tradition with her “whole self in the room.” She needed the yeshiva of her dreams to do that, and there was nowhere at the time where openly queer people could learn Talmud seriously.

“It’s miraculous that we’ve done this well with only one percent,” Lappe said, referring to the small number of men to whom Talmud study was available. “imagine what the next 2000 years will be like if the other 99% also had the tool box.”

Then in 2003, the Lawrence v. Texas decision by the U.S. Supreme Court ruled that laws prohibiting private homosexual activity are unconstitutional. The case was brought by the American civil rights organization Lambda Legal. The world had changed because queer people went to law school, she said. She realized that the Jewish world would not change until queer people went to yeshiva. She started SVARA in 2003 to be that yeshiva.

The word svara is an Aramaic word meaning “moral intuition” or, as Lappe said, “what your kishkies tell you is right, as long as you’re steeped in the principles, values, and the texts of tradition.”

The idea had an unexpected pull. People from mainstream, heteronormative backgrounds started attending as well. 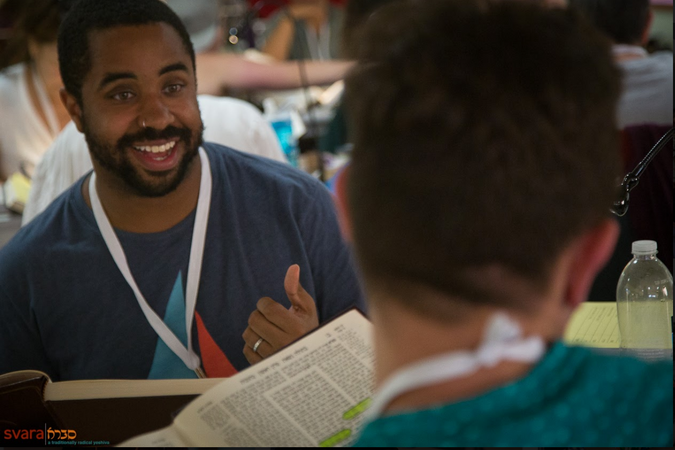 Last year over 3,500 people learned with SVARA and the group expected a modest increase this year as well. Yet, due to COVID-19 pushing people to seek online community, the numbers jumped to 7,000 people this year. The summer class filled in one hour, and two fall classes filled in a day. Their Queer Talmud Camp, an annual favorite, held an hours-long online dance party to cap the week.

“Coming online has given us a chance to really shape an arc of programming,” said executive director Ayana Morse.

SVARA now offers daily learning opportunities including a 30-minute drop-in Mishna collective made up of regulars as well as new learners. There’s also a teaching Kollel, a two-year program training queer and trans leaders, studying Talmud and teaching in a Mishna collective. These assistant teachers are known as “fairies”.

“And yes, they wear wings!” Lappe said, producing pairs of actual toy wings, “we have a sense of humor. The learning is ridiculously rigorous and serious, but we’re also having fun.” 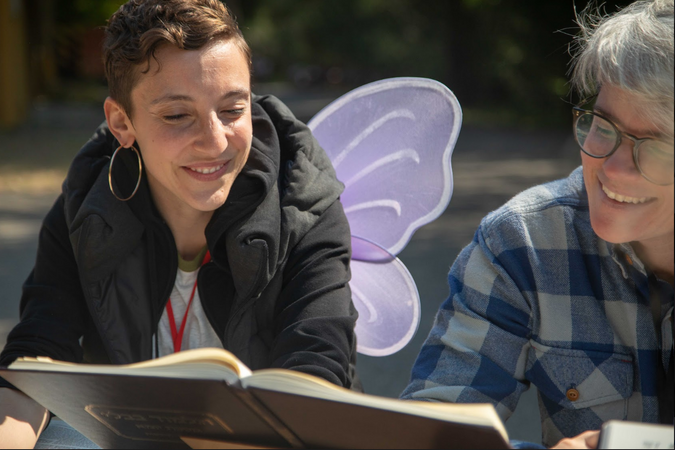 Assistant teachers at SVARA are known as “fairies”— and wear toy fairy wings. Image by SVARA

The website swag features bags and mugs reading “queer talmud nerd” and, SVARA’s most common line of feedback: “I’ve fallen in love with my tradition”.

People are especially drawn to this collective during times of upheaval and change. “The beit midrash is a place to feel loved – to be seen, to be held, to allow your whole self in, to bring out your best self,” said Morse. 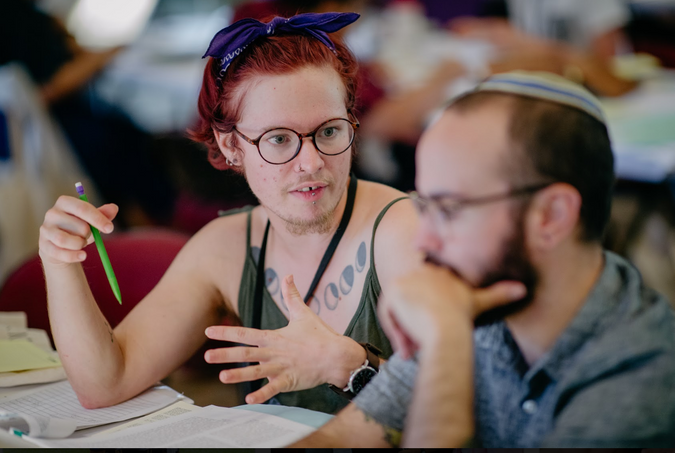 The insights gleaned from people who have been forced to live on the margins offer profound insight for the world, Lappe said. In fact, it may be how Judaism survived after the destruction of the Second Temple. Only a very small faction of Jews kept the religion alive, adapting it. They did not fight to keep it immutable.

“That’s what the ancient priests did and they went down with the temple,” Lappe said, “Judaism survived because a small fringe group of queer, weird, hippie guys said ‘We love this tradition, it’s gonna look a little different in the future…we can make it better’. And I think we’re in another one of those moments today.”

When a tradition is in the hands of people who have faced profound life experiences, such as racism, homophobia and ableism, their moral intuitions can help heal the world. This is what Judaism has always been about, “shaping a certain kind of human being,” Lappe said, “who will naturally make the world a better place, sensitive to the oppression of others.”

“Our investment in queer and trans people has little to do with gender or sexuality…it has to do with life experience. To be Jewish,” Lappe said, “is to be queer.”

In Chicago, an LGBTQ Talmud study center gets a pandemic boost