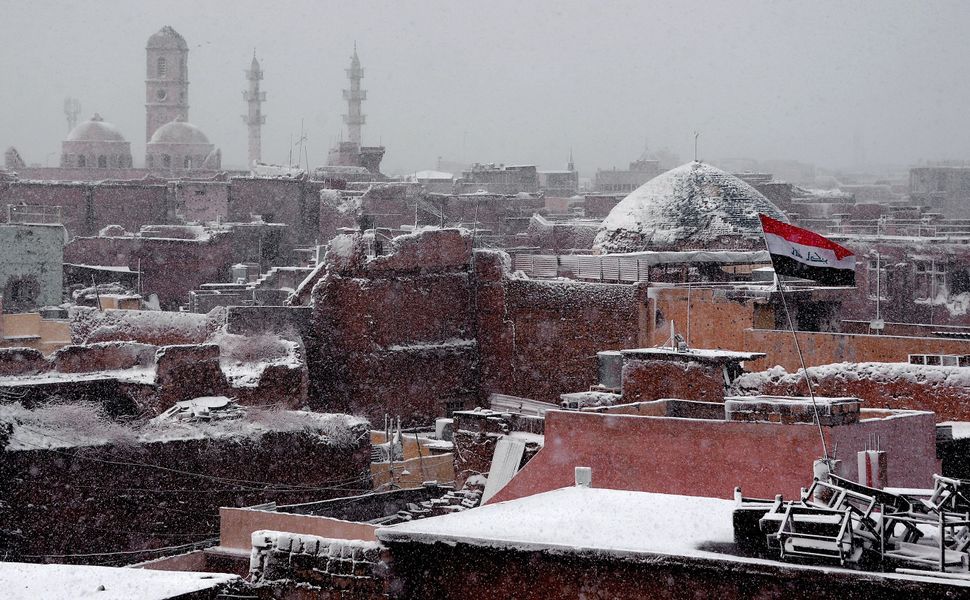 According to Jewish scripture, after the prophet Jonah suffered his ordeal in the belly of the whale, he found himself in what is today called Mosul, in modern-day Iraq.

Jews lived there in Biblical times, and continued to do so for nearly three millennia until the 1950s.

There is, however, one Iraqi, who is devoted to maintaining their memory.

Omar Mohammed, is a historian and journalist, he came to the Jewish story while he was documenting the destruction wrought on his city by ISIS, who captured it in 2014.

“It has become my life mission to restore the Jewish heritage of Mosul,” Mohammed said in an interview.

Jews had lived in the area of Mosul, alongside Arabs and Kurds, Muslims, Christians and Yazidis, for thousands of years. At its peak, the community numbered 15,000. Three-quarters of the country’s Jewish population fled to Israel under pressure from the anti-Zionist government in the early 1950s.

“When [Jews] were deported from Iraq and Mosul, it wasn’t just that they were sent away,” he explained. “They were erased from our history. They were deliberately omitted from everything.” 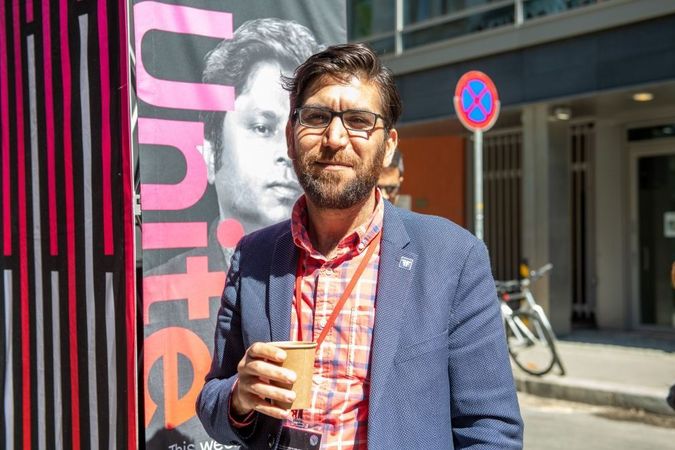 Documenting the Jewish story of Mosul has become Omar Mohammed’s life’s work, he told the Forward. Image by Getty Images

A history lecturer at Mosul University before the occupation, after ISIS’s invasion Mohammed turned to recording the brutality of their rule, despite the great risk to his own life. With a secret computer, blogging under the alias MosulEye, he published the names of those executed by ISIS, and revealed the reality of the group’s slave trade and sexual trafficking of Yazidi women and girls.

“It was something inexplicable,” Mohammed said about his experience under ISIS. “It is difficult to call it life even. All you care about it is how to survive. You think about how ISIS may kill you or arrest you.”

As the anonymous pen behind MosulEye, his work gained international recognition, but he didn’t feel safe revealing his identity until months after ISIS had left the city.

Ultimately, he managed to escape the city in 2015, and was smuggled through Syria to France, where he lives today. Nonetheless, his eyes remained on Mosul. From France, using local sources, he covered the remainder of ISIS’ rule, which ended in 2017, and now writes about the city’s reconstruction. 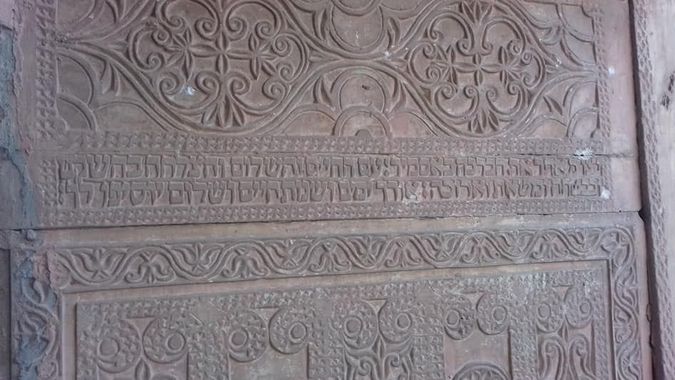 Hebrew engravings from Mosul’s synagogue discovered in a ruined home. Image by MosulEye

It was after the city’s liberation that Mosul’s Jewish history became a passion of his. While documenting the rebuilding, he learned that the remains of a century old synagogue had managed to survive the ISIS regime. The synagogue, which had first been discovered by a Jewish soldier during the second Iraq War, inspired him to learn more.

He found a parallel between what the Iraqi government had done to Jews by erasing their history in the country, and what ISIS did to rid the regions it conquered. They would try to destroy anything that challenged the strict interpretation of Islam that they imposed, which considered physical religious sites, even Islamic ones, as remnants of polytheism. 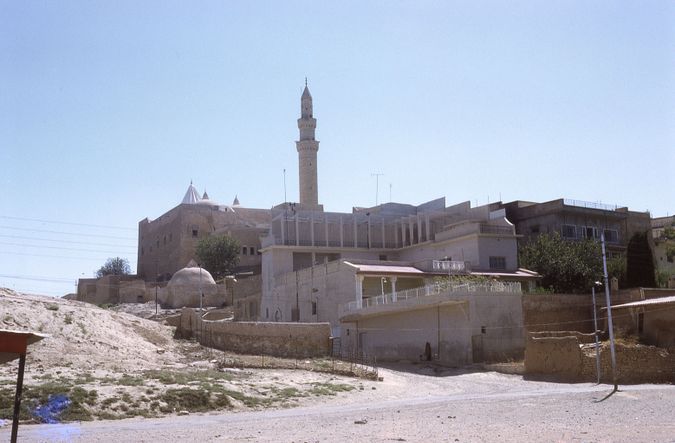 The shrine atop the Tomb of Jonah was one of the many Jewish, Islamic and Christian sites destroyed by ISIS during their occupation of Mosul. Image by Getty Images

In Syria, for example, ISIS garnered international attention when they destroyed much of the ancient city of Palmyra.

In Mosul, the group dynamited the Tomb of Jonah and the Tomb of Daniel, both considered to be Islamic holy sites in addition to Jewish ones, as well as that of Saint George, who is both a Christian and Muslim figure. They ordered the destruction of all churches in the city and burned the collections of several libraries, including that of Mosul’s museum and university.

Today, Mohammed’s work on Mosul’s Jewish community is inspired in part by the conviction that honoring Mosul’s historic diversity is something that could go a long way to help the city and its people recover from the collective trauma of ISIS rule. However, he is wary of those who boast about that historic diversity without acknowledging the harsh realities which brought it to an end.

“[Mosul’s Jewish past] is not an accessory, it’s not something to brag about. What is there to brag about deportation.” Mohammed said. “[The Jews] weren’t just numbers, they had dreams, they had lives.”

In that spirit, he doesn’t want the synagogue — which he is trying to have recognized as a heritage site — to be a museum to a dead society. His dream: that one day it could be home to a living Jewish community.

“Diversity alone is not enough if there is no inclusion,” Mohammed explained. “Inclusion requires us to bring back the Jewish story and accept it as part of our own. Real diversity requires the courage to acknowledge our own problems.”

Convincing Mosul’s other residents that a revival of Jewish life in the city could be beneficial hasn’t been easy, either.

For one, Mohammed says that he is often accused of having an agenda from foreign intelligence services, be it the CIA, MI6 or Mossad when he tries to talk about Jewish issues to fellow Iraqis. More common however is the inability to believe the Jewish community ever lived similar lives to their neighbors, Mohammed found.

After an online event that Mohammed hosted with Mosuli Jews in exile, which he made sure was accessible to people in Mosul, he received an email from one Mosul man surprised at how the Mosuli Jews looked just like others from the city.

“I said, ‘What did you think? That they were monsters or aliens? Of course they look like us,’” Mohammed said. “This imagination that a Jewish person is shaped in a very different way is something horrible.”

Mohammed knows the day a functioning synagogue reopens in Mosul is still a long way away. After all, he is still unable to return to the city himself out of fear for his own life.

“I am a historian, and historians are often pessimistic, but I have hope,” Mohammed said.

Twice a week, he also hosts calls with elderly Jews from Mosul, who today live around the world, so he can record their memories of Jewish life in the city before they are lost forever.

“It takes time, it will take effort, it takes guts and it takes courage, but it’s happening,” Mohammed said.