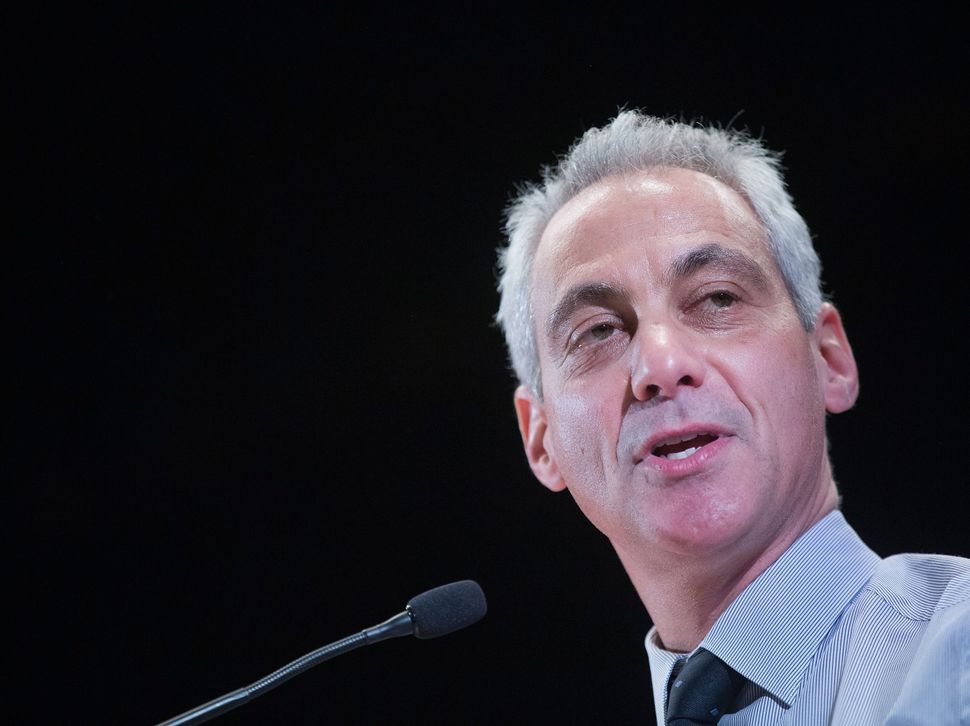 Merely mentioning Rahm Emanuel as the potential transportation secretary or any other cabinet job for the incoming Biden administration gaslights not only progressives but also centrist and even right-wing politicos at their various rostrums railing about Rahm.

Last week it was Rahm’s older brother, the pious oncologist and bioethicist Dr. Ezekiel Emanuel, whose appointment to Biden’s coronavirus task force generated controversy. The doctor said he hopes to die at 75 because it’s just not worth it afterward — for you or your family. And this from the 63-year-old who chairs The University of Pennsylvania Medical School Division of Medical Ethics and Health Policy, currently on leave.

In the meantime, floating Rahm Emanuel as transportation secretary draws considerable and unfavorable attention. For progressives such as Alexandria Ocasio-Cortez and others, it’s because of Emanuel’s arrogance as the Chicago mayor stonewalling the release of a dash-cam video showing the police shooting of Laquan McDonald, an African American teenager, during October 2014.

Officer Jason Van Dyke fired 16 shots into McDonald from close range, most of them while McDonald was already prone in the middle of a street after trying to walk away from a police cruiser.

Emanuel exacerbated the problem by keeping the video out of public view for 14 months. (He claimed not to have seen it until November 2015, when a judge ordered its release, though his aides were well aware of it.) Emanuel managed to win reelection in April 2015; then a supine Chicago City Council promptly approved a $5 million settlement with McDonald’s family — before it even filed a lawsuit.

During his time as mayor Emanuel would stage Trumpian press conferences to boast of attracting businesses to Chicago by announcing major projects that eventually disappeared. Most notable was a transportation project he announced with videos, illustrations, and fanfare in June 2018 with Elon Musk to create an underground tunnel system originating in Chicago’s downtown area to carry passengers approximately 18 miles to O’Hare Airport in about 12 minutes, less than one-third the travel time of above-ground trains. Today it’s not even a memory. Just three months later, Emanuel balked at running for a third term.

A public career as long as Rahm Emanuel’s will likely have a fair share of difficulties, as many have documented. Over at Slate, Ben Mathis-Lilley asked “What is Rahm Emanuel Good For?” and found… not much, even though he offers a salient point that Emanuel is “the Democrats’ most persistent figure.”

He is certainly the most persistent Democrat arguing for the center versus the left. In this way, he is a classical American politician focused on winning elections and figuring out results later, as when he was the prime mover on shifting the majority in Congress to Democrats in the 2006 congressional elections by recruiting candidates and raising money for them (at which he may be nonpareil).

For example, he copped to a contrary view on the Affordable Care Act as President Obama’s chief of staff but now says “it has joined Social Security and Medicare in the pantheon of American entitlements.”

To his credit, Emanuel can tell which way the wind blows.

Yet amid the bad press he’s getting, Emanuel can always legitimately claim credit for a breakthrough in Chicago politics. In 2014 he stood alongside Michael Shakman, a crusader since 1969 against the city’s legendary vice grip of patronage for city workers and their political loyalties that rivaled any Russian or Soviet-style adhesion to party and power. Emanuel proclaimed that Chicago had emerged from a federal consent decree (the “Shakman Decree”) preventing the practice of creating a political armada, otherwise known as “the Chicago machine,” through hiring and firing. It still holds.

If Emanuel doesn’t do anything else in public life, that was dayenu.

He remains cagey about his prospects, not signaling whether he’s even interested in the transportation job, staff advisor or any other post.

The coolness is uncharacteristic of someone whose history is to declare his intentions and follow through assiduously, for better or worse. He looks happy as a commentator on ABC’s Sunday politics show, trading barbs with former New Jersey Governor Chris Christie and George Stephanopoulos, his former comrade from the Clinton years. It allows him to talk without consequence, which might have been the best position for him all along.