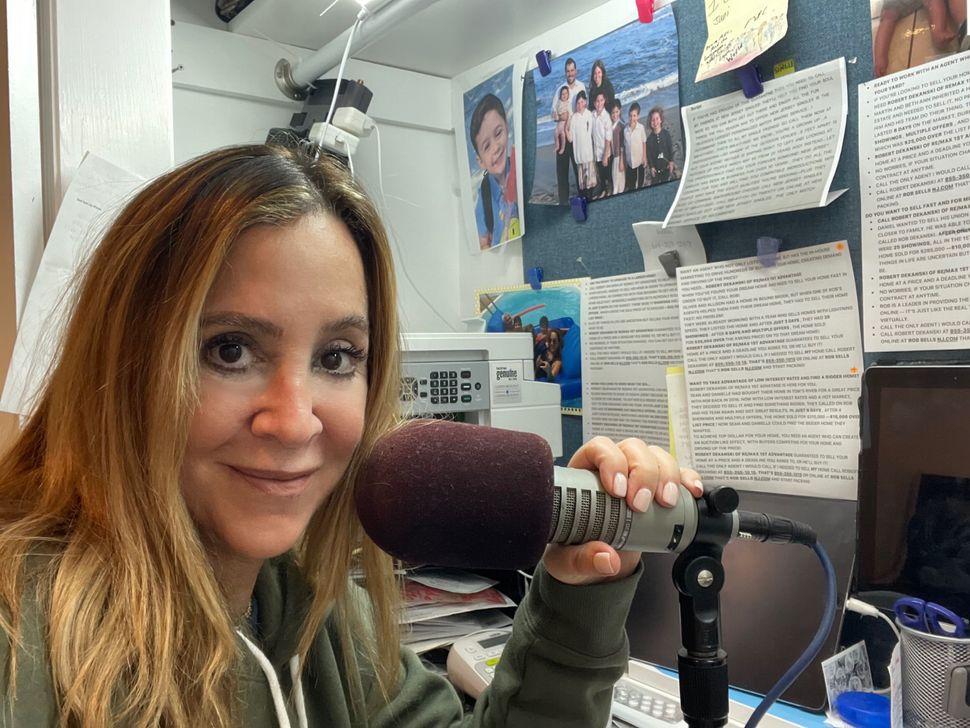 As COVID-19 cases hit the 14 million mark nationwide, notable mask skeptics like several Republican governors are being won over.

Not Judi Franco, though.

“I felt free as a bird to chew, swallow, drink — and, yes, breathe — in the comfort of my airline seat,” she wrote in a post on her station’s website.

But that’s just Franco: Smart. Snarky. Shameless. And some 25,000 listeners eat up her attitude every week while they listen to Franco and her on-air partner, Dennis Malloy, on their “Dennis & Judi” show, according to Nielsen’s ratings data for Spring, 2020. Carried on on New Jersey 101.5 weekdays between 10 a.m. and 2 p.m., it’s the top-rated one in their market, according to Nielsen.

Franco, 59, and Malloy have been together since 1997, when the station’s management decided to pair them. Malloy, who has been a fixture in Philadelphia radio for decades, didn’t want a partner at first, Franco said in an interview. For her part, Franco was a fan of Malloy and was nervous about working with him. They hit it off immediately.

“The second we got on the air together, it was a perfect synergy,” she said in an interview.

In October, a distressed diner owner called the show and spoke tearfully about the possibility that she might need to shut down her business due to pandemic-related financial stress.

“You know what’s sad? Do you think the governor cares?” Franco asked. Malloy responded: “No, he does not. He absolutely does not.”

On-air, the pair have described their show as a “sloppy, unfocused mess,” but it’s a part of people’s lives. Many sent Franco condolence notes when her father died last year, she said.

Part of the pair’s initial appeal is that synergy, which is so strong that listeners sometimes assume they are listening in on the repartee of an enviably matched married couple.

But Malloy is a divorced Catholic, and Franco has four children and eight grandchildren. She’s a Jewish wife and mother with the requisite kitchen skills.

Franco speaks a smattering of Arabic and uses her linguistic skills when visiting Arab markets in Israel during her family’s travels. Her husband Mark speaks the language fluently.

Their families both came to the United States from Aleppo, where Jews had lived since the time of the Biblical King David before fleeing in the twentieth century after Israel was created and Arab sentiment turned against them across the region.

In the United States, Syrian Jews are a minority even among other Jews. They number about 50,000, most concentrated in Brooklyn and the Jersey shore, where Franco lives. The community is known for being politically conservative and tight-knit. Rates of marriage out of the community — even to other Jews — are low, and there is little divorce.

Franco often has to explain her culture to Ashkenazi Jews of Central and Eastern European descent, who make up 95 percent of the U.S. Jewish community.

“Many Ashkenazi Jews will just immediately assume that I know some Yiddish and that I cook the foods that their European ancestors cooked,” Franco said in an interview. “I have never made a kugel. I barely know what one is. They are very, very different cultures.”

Franco identifies as observant and keeps Shabbat — she doesn’t drive, use electricity or spend money but spends the day in a synagogue and with family.

As a child, however, she lived a more secular lifestyle. Her family moved to California so her father, Joe, could pursue a business venture. She attended public schools in the San Francisco area during the 1960s and 1970s. They lived in the Bay Area for more than a decade before returning to the East Coast to be closer to the Syrian community to facilitate Jewish marriages for Franco and her four siblings.

“I don’t fit any of the labels,” she said. “I guess the closest thing I ally with is Modern Orthodox,” she said, adding that her children also are observant. “I wear pants, but my girls wear long skirts and cover their hair. I wore a wig for a while but don’t anymore.”

All of Franco’s complexities come into play in her radio show. Neither she nor Malloy emphasize their religious backgrounds. Still, her status as a minority — a Syrian among Ashkenazi Jews, a once-secular Jew among Syrians — makes her comfortable defying conventional wisdom, even when it’s settled science.

Franco considers herself an “entertainer,” not a “journalist,” but her strong opinions, powerful personality and robust platform means she has an impact on politics.

“When she gets behind a cause, I know it is a cause that her listeners will get behind,” said Michah Rasmussen, director of Rider University’s Rebovich Institute of New Jersey Politics, in an interview. “She feels very up by her audience, and that’s why she can say things that are a little impolitic. That’s part of her brand, too.”

She also courted controversy in 2017 when she took aim at the #MeToo movement and stood up for Harvey Weinstein (who was convicted in 2020 of sexual assault) and other men accused of sexual misconduct, arguing in a blog post, that “Boys will be boys.”

“He, like me as a Jew, is used to hearing silly comments,” Franco said. “The person who made the big deal over that was Governor Murphy. He doesn’t like our show in particular.”

Not a hoax, but overblown

She doesn’t think COVID-19 is a hoax. Her husband had a mild case, and she has friends and relatives who died of it.

“I think it’s very real,” she said. “I think the reaction to it has been overblown and is being utilized for political benefit.”

And that’s part of the reason why she doesn’t want to talk only about masks, or Murphy, or politics. Politics, after all, is everywhere.

Again, she’s resisting categories. She’s too passionate about the issues to abandon politics, but she’s got other interests.

“When we talk about your favorite pizza topping or the best bagel place in New Jersey, people are so enthused about participating in those conservations, because they can get political conversation everywhere,” she said.