Yavneh, the school that sued California to reopen, has now closed due to COVID-19 cases

Yavneh Hebrew Academy, an Orthodox day school that sued the state of California in August for permission to reopen, has become the latest to shut down after confirming a number of Covid-19 cases on its campus.

Yavneh had been one of several Orthodox schools in the area operating as a camp during county-mandated school closures, and it continued to even after the suit created new legal footing for religious schools to open. But general studies faculty — the last holdouts under the camp system — have been present on campus, Rabbi Shlomo Einhorn, Yavneh’s dean, told The Forward last week. 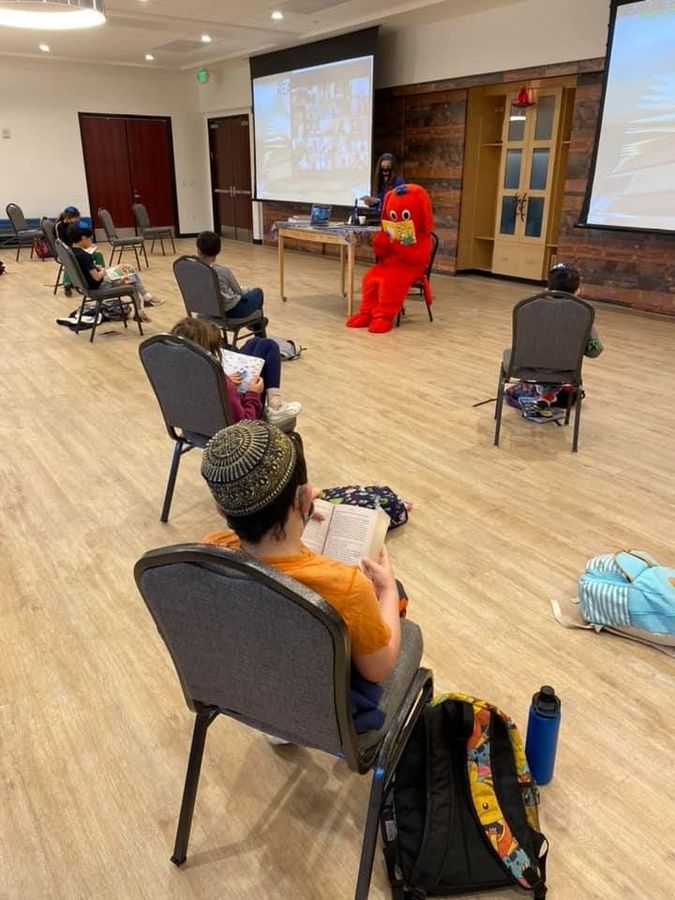 An email sent to Yavneh parents on December 7 informed Early Childhood parents of “both a number of confirmed positive cases of Covid-19 and a few pending cases.” It did not say how many.

“Due to the tight sequencing of these cases, we are closing down our Early Childhood Department until Wednesday, December 16,” Einhorn said in the email.

But Yavneh, which spared no expense on campus upgrades this summer to enable in-person learning, kept the rest of the school open.

Not long after the elementary and middle school students arrived the next day, Einhorn emailed parents that the school had learned of additional “potential exposures to, and pending cases of COVID-19,” and would also be shutting down through the 16th.

The school dismissed Dec. 8 at the normal time.

According to the Los Angeles County Department of Public Health, schools and day camps that report an outbreak — at least 3 confirmed cases from different households within a 14-day period in a group that is epidemiologically linked, do not share a household and are not in close contact of each other outside of the campus.

For example, Emek Hebrew Academy, a local day school operating as a camp that reported seven cases around Thanksgiving time, reopened after only one week, implying that the county did not qualify the cases as an outbreak at the school. That could have been because only two households were involved, or because some of the people who tested positive were in close contact outside of school.

In an email to The Forward on Dec. 10, Einhorn said that Yavneh’s circumstance did not meet the definition of an outbreak, but did not say why.

“I can confirm that there has been no outbreak at Yavneh,” Einhorn said. “We are, however, concerned about the rise in cases in Los Angeles as well as some increase in cases in the Jewish community.”

He added that the school already intended to close for vacation over Hanukkah, and that it had only decided to begin that break earlier as a precaution.

In August, Yavneh was the lead plaintiff in a lawsuit filed by three Jewish and two Christian schools against California for closures that the schools claimed infringed on their religious freedom. While the court ultimately dismissed the case, titled Samuel A. Fryer Yavneh Academy v. Newsom, the suit produced two crucial outcomes — the permission for small learning “cohorts” to meet in person, and the categorization of religious studies as religious services.

The latter stipulation enables schools to hold Judaic studies classes outdoors in large groups, such as are allowed for synagogues holding prayer services with requisite precautions. While Yavneh continued to operate as a camp, Orthodox high schools Shalhevet and YULA both reopened with Judaic studies classes held under cabanas. (The average temperature in Los Angeles this week was in the high 50s.)

The Los Angeles Orthodox community had largely avoided the worst of the pandemic through the summer months. A memorial page compiled by Chabad.org of over 1,200 Jewish Covid-19 victims worldwide and released Aug. 20 included over 400 deaths in New York state, compared to 12 in California and nine in Los Angeles.

But the new state permission to reopen and the urge to act on it clashed with the current state of public health in Southern California, where cases have skyrocketed in the last six weeks.

On Dec. 8, the day Yavneh announced it was closing the elementary and middle school, Los Angeles County reported 8,547 new cases, and the daily total has increased every day since. On Dec. 9, the county surpassed 8,000 deaths since the pandemic began, and ICU capacity dipped to nine percent.

“Since these deaths reflect our case counts from a month ago, as cases have continued to increase the past few weeks, we will bear witness to a significant rise in the number of people who are dying,” Ferrer said during a briefing yesterday.

The county is currently subject to a stay-at-home order that went into effect December 7, and Mayor Eric Garcetti has implemented a similar regime in the city of L.A. But neither order applies to schools that were already open, and in Garcetti’s exemption-laden guideline, day camps are permitted outright.

In addition to the cases that Emek reported shortly before Thanksgiving, Harkham Hillel Hebrew Academy, an Orthodox day school in Beverly Hills, reportedly had at least three members of the student body and faculty test positive over the holiday weekend — one each from its early childhood program, elementary school, and middle school.

But Hillel was not required to close, or even report the cases to the county because the cases occurred on the weekend, health department spokesperson Natalie Jimenez told The Forward.

“A school is not required to report to DPH if the cases were not on campus within the 14 days prior to their illness onset,” Jimenez said.

She did not explain why Emek was permitted to reopen a week after it closed, or respond to questions about Yavneh sent Thursday morning.

The rash of cases at Yavneh, a Tudor-style campus in the Hancock Park neighborhood, arrived just before the onset of Hanukkah, a festive moment in the calendar typically marked by holiday parties.

But on Dec. 8, two days before the first night of the holiday, rabbis of five Los Angeles Orthodox synagogues co-signed a letter to their members, reiterating the danger of the latest wave of the virus, and reminding them to avoid private social gatherings during the holiday.

“To do otherwise, even in the celebration of Chanukah, is a violation of Halakha, which requires that we don’t put our health and the health of others in danger,” the rabbis said.

Yavneh, the school that sued California to reopen, has now closed due to COVID-19 cases