As Israel and Morocco finalize peace deal, the UN confirms its position on Western Sahara is unchanged 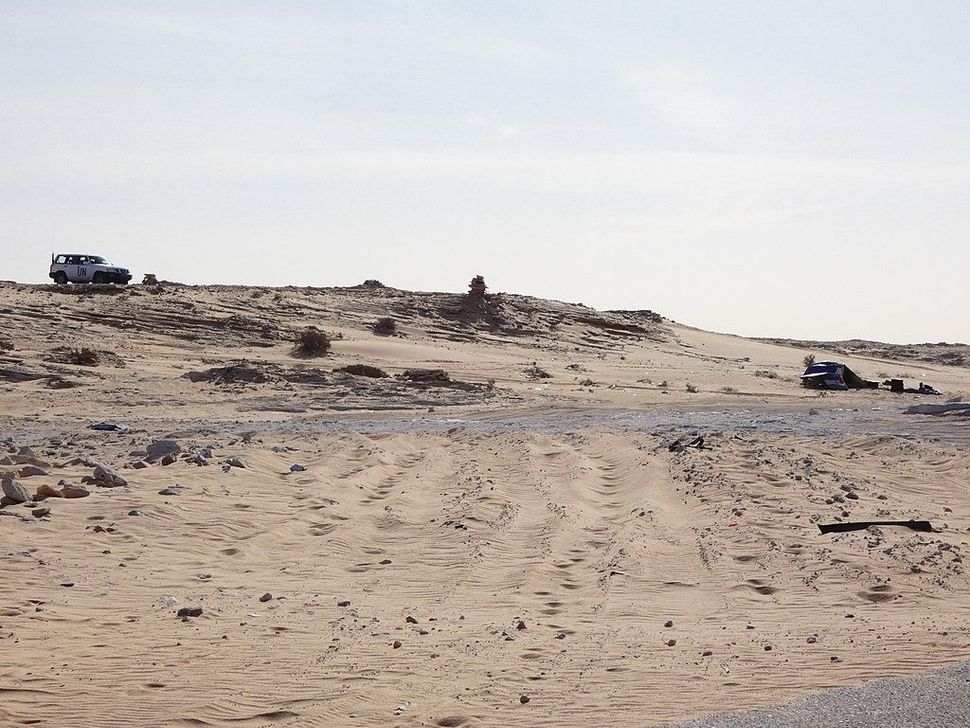 Just as Israeli and Moroccan leaders came together in Rabat with President Trump’s son-in-law and adviser Jared Kushner to finalize the peace deal he helped broker, the U.N. Security Council met in New York to discuss the status of Western Sahara.

U.S. recognition of Moroccan sovereignty over the disputed swath of Northwest Africa was one of the Trump administration’s major concessions used to facilitate the deal with Morocco’s King Mohammed VI.

Though welcomed by the Israeli and American governments, as well as Moroccan Jews around the world, the agreement has reignited the decades-old conflict between Morocco and the Sahrawi Arab population of Western Sahara.

“There are no major operational changes from our part,” U.N. spokesman Stephane Dujarric said ahead of the briefing, according to Reuters. “Our position on the announcements regarding Western Sahara is unchanged.”

“We continue to believe that a solution can be found through dialogue based on the relevant Security Council resolutions,” he added.

The region now known as Western Sahara was once a former Spanish colony known as Rio de Oro. Morocco has controlled most of the territory since it annexed the region in 1975 in what is known as the Green March. During the March, Morocco’s King Hassan II sent 350,000 unarmed Moroccan civilians and 25,000 soldiers to walk over the border and settle the region.

Spain’s leader, the fascist dictator Francisco Franco had fallen into a coma only days before and would die two weeks later. Under the circumstances, the Spanish government quickly conceded and signed the Madrid accords which ceded the region to Morocco.

However, Moroccan sovereignty over the region has been disputed by the Polisario Front, a paramilitary group which claims to represent the native Sahrawi Arab population, and has struggled for independence from both Spain and Morocco. The Polisario Front, with the support of Algeria and South Africa, fought a long guerrilla war with Morocco from the late 1970s until a U.N. brokered cease-fire in 1991. The cease-fire called for a referendum on Western Saharan independence the following year, but that process has been stalled for nearly three decades.

Instead, Morocco has entrenched its control of about four-fifths of the region, and built a 1,700-mile earthen wall to separate it from the Sahrawi Arab Democratic Republic (SADR) established by the Polisario Front.

Until President Trump’s policy reversal, which he tweeted out earlier this month, no nation had officially recognized Moroccan sovereignty over the region, instead holding to U.N. Resolution 690, which established an international peacekeeping force and declared that it was up to the parties themselves to resolve conflict through a political process.

Clashes broke out between Moroccan forces and the Polisario Front along the length of the Western Sahara wall just before the announcement of the agreement between Morocco and Israel. They have intensified since, marking the first active violence in the conflict in nearly 30 years.

It is relatively certain that Trump won’t reconsider this policy change in his month left in office, the Sahrawi’s supporters and the deal’s detractors are hoping that President-elect Biden will reverse the U.S. recognition of Morocco’s control when he enters office in January.

“Decisions contrary to multilateral collective decisions must be discouraged and unequivocally disregarded,” South Africa’s U.N. Ambassador Jerry Matjila said. without naming the U.S. “We believe that any recognition of Western Sahara as part of Morocco is tantamount to recognizing illegality as such recognition is incompatible with international law.”

As Israel and Morocco finalize peace deal, the UN confirms its position on Western Sahara is unchanged