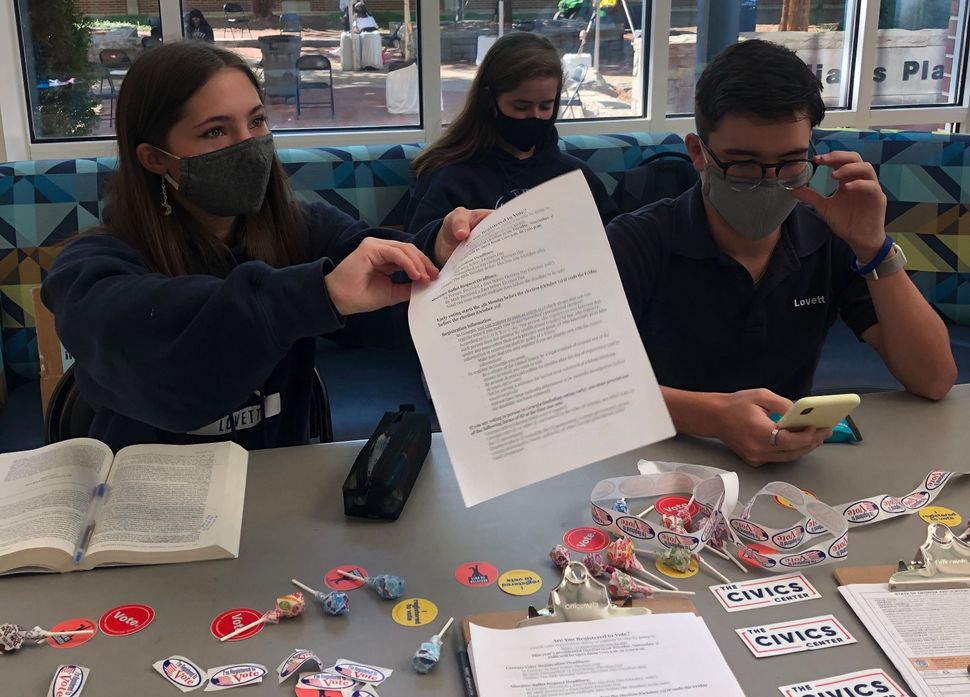 Sarah Dowling and Justin Meszler may not be old enough to vote, but they’re making an impact in the upcoming Georgia Senate runoff election.

“Everyone deserves to have their voice represented in government,” Dowling said.

Dowling and Meszler, both 16, are youth volunteers and organizers for “Every Voice, Every Vote,” the Reform movement’s national, non-partisan civic engagement campaign. The campaign focuses on combating voter suppression, mobilizing young voters ages 18-29, and encouraging 100% voter turnout from Reform synagogues and communities around the country.

The state is the site of two runoff races for the U.S. Senate, which on Jan. 5 will determine which party will control the U.S. Senate. If Democrats win both seats, the Senate will be evenly split between Democrats and Republicans, with Vice President-elect Kamala Harris holding the tie-breaking vote. 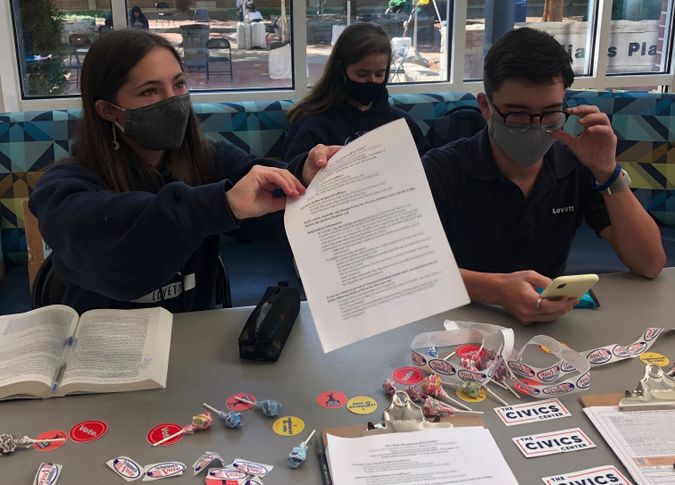 The movement’s campaign, run out of its Religious Action Center, began as a national effort during the general election, then concentrated its efforts in Georgia by setting up a partnership with JumpSpark, a Jewish youth programming organization in Atlanta.

“When it became very apparent that there was going to be this runoff, we started thinking almost immediately about how we were going to organize the teens in our community and get out the teen vote,” said JumpSpark’s director, Kelly Cohen. 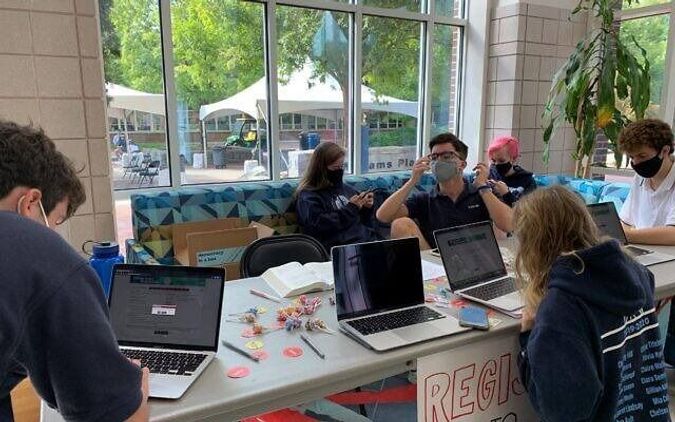 Reform Jewish teens including Sarah Dowling holding a voter registration drive at their school in Atlanta. Courtesy of Sarah Dowling

Meszler, a high school junior, lives in Massachusetts and has been involved in the Religious Action Center’s effort since the general election. He participated in a group that has sent close to 10,000 postcards encouraging people to vote throughout the 2020 election cycle and including the Georgia runoff.

He has also organized phone banking events through the Religious Action Center, and its partner, the Center for Common Ground, which aim to connect specifically with people of color in states with high levels of voter suppression.

“It’s obvious that young people are so good at calling attention to an issue, shining a spotlight on it, and not taking that spotlight off, even in the middle of a pandemic,” said Logan Zinman Gerber, the national teen campaign organizer for the Religious Action Center.

Voter registration has surged in the state since the Supreme Court’s decision on Shelby vs. Holder in 2013, which invalidated a key part of the Voting Rights Act of 1965 by giving nine states more leeway in changing their election laws without federal preclearance. But the increase in registered voters has outpaced the number of available polling locations, and the problem is especially acute in predominant Black precincts. 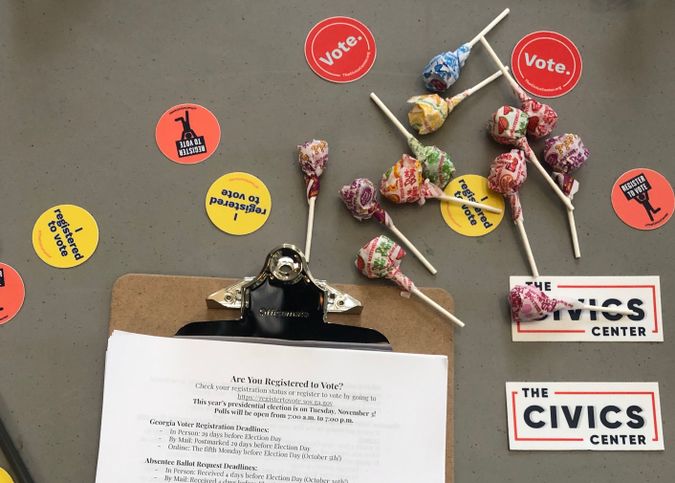 For Meszler and Dowling, passion for civic engagement and social action is rooted in Jewish values.

“Through this work of making sure that everyone’s voice is heard, I feel in a way that I am practicing my Judaism,” Meszler said. “Everything that I’ve done in social action has been tied to Judaism.”

Dowling cited the Jewish values of tikkun olam, repairing the world, and tzedek tzedek tirdof, which means “justice, justice you shall pursue,” as guiding principles that motivate her to participate and engage others.

“I feel like voting is our main way as citizens of repairing the world. A vote is a way of pursuing justice for the people who either are underrepresented, or who can’t vote,” said Dowling. “If we elect leaders who we think reflect our own values, we play a role in shaping the world that we want to see.”

As the runoff approaches, the Religious Action Center and teens from the youth civic engagement campaign are redoubling efforts and continuing to try to reach as many eligible voters as possible.

“Check in with your friends and family in Georgia, see if they’ve voted or if they have plans to vote,” Dowling said. “You have the biggest impact on the people in your life, and it is so easy to just reach out to people.”