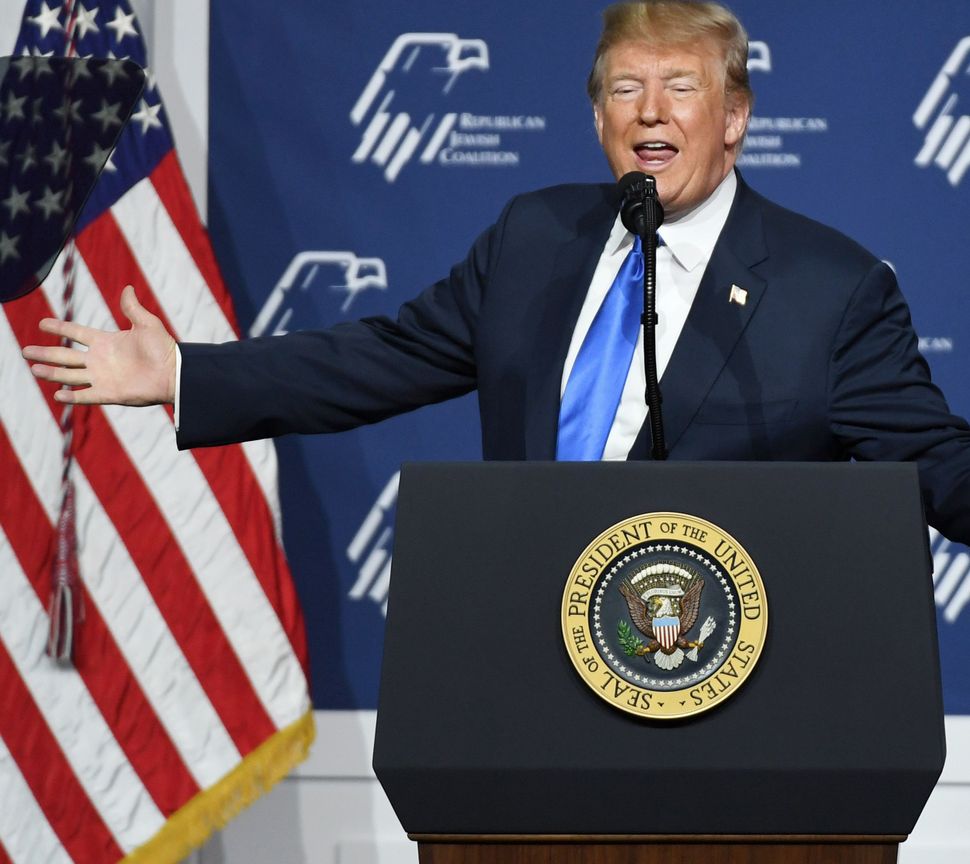 Still reeling from last week’s insurrection at the Capitol, top Jewish Republicans are showing some division over whether to break from President Donald Trump as they wait to see what level of influence he will retain once Joe Biden takes over the presidency on Jan. 20.

In interviews on Monday, some high-profile donors and activists said that Trump’s role inciting the Capitol assault meant it was time for him to exit the stage and that the party would clearly be better off without him. But even as Congress moved toward an unprecedented second impeachment with days left in Trump’s term, others were still taking a wait-and-see attitude.

Matt Brooks, executive director of the Republican Jewish Coalition, said in an interview Monday night that “there is going to be a lot of soul searching and analysis and discussion of where the Republican Party goes from here in the coming weeks and months — and the RJC will be an important part of that conversation” ahead of the 2022 midterm elections.

Brooks called the assault in Washington “one of the darkest days in American history,” saying that it cast a shadow over what he described as “the successes that the Republicans had in the November election” despite losing the White House and control of the Senate. 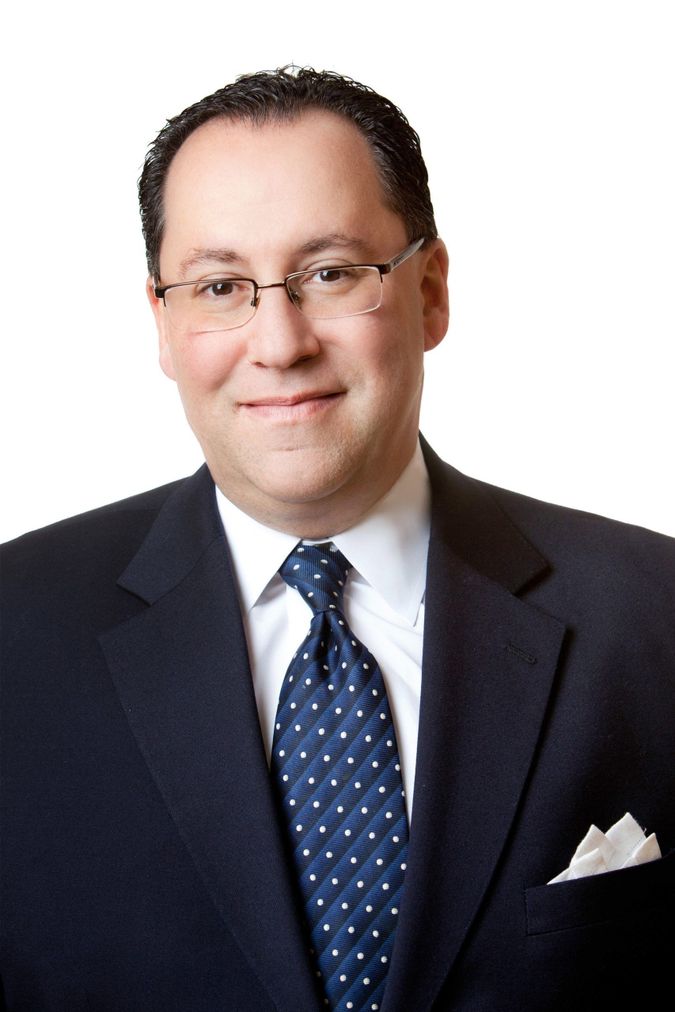 “It is repugnant and disgusting what took place in the name of democracy by a group of domestic terrorists who tried to lay siege to the U.S. Capitol, which is our democracy,” he said. “The people who participated in that should be held fully accountable and have no place going forward.”

Fred Zeidman, an RJC board member who voted for Trump’s reelection because of his pro-Israel policies, said in an interview that he was “very disturbed” by what happened at the Capitol last and the role Trump played in igniting the disturbance.

“I think his actions since the election have been abhorrent,” said Zeidman, a Houston-based donor, adding that he doesn’t know if he could have supported Trump if this had happened before the election.

Lisa Spies, a Republican fundraiser who served as the Jewish outreach director for Mitt Romney’s 2012 presidential campaign, said that while Trump’s actions demand a full-throated condemnation, Republican donors and supporters shouldn’t rush to making “drastic decisions” about leaving the party while tensions are still high.

Spies said that last week’s events do not represent what the Republican Party stands for and noted that Trump wasn’t even a member before he ran for president in 2016.

Zeidman, chair of the investment bank Gordian Group, and former chair of the board of trustees of the United States Holocaust Memorial Museum, said it’s still early to see where the GOP goes from here and whether he will be comfortable counting himself as a member of the party in future elections. He said he wanted to see how much influence Trump would continue to hold given Twitter’s move to permanently ban him from the platform, and also how the Biden administration handles Israel and other issues he cares about, though Zeidman ruled out supporting the Democratic Party. 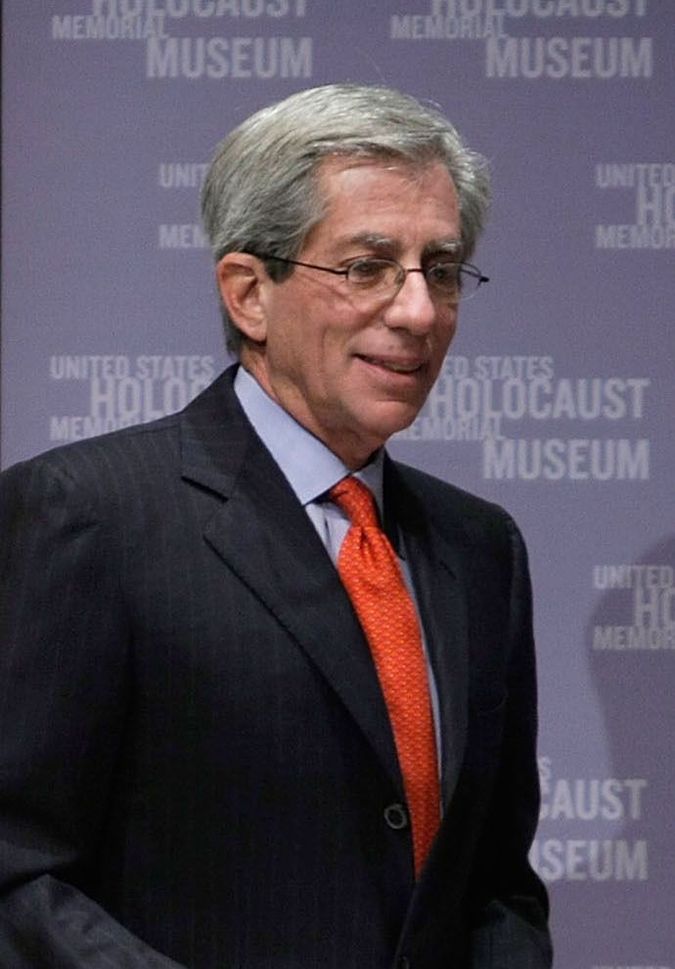 But Zeidman, who told Trump during a 2015 meeting that he could not support a candidate who was openly hostile toward immigrants, suggested Monday that recent events may create an opportunity to rebuild the party by solidifying its moderate wing and elevating people who will restore amore mainstream approach to economic and national security issues.

Going forward, Spies said she hopes some sitting Republican elected official — whether it’s a member of Congress, a governor, a lieutenant governor or an attorney general — will emerge as the leading voice in rebuilding the party’s image.

“I think the party needs to do a lot of refocusing and that’s what I think people are going to do,” she stressed. “And that is why I recommend that people just take a step back and not make announcements on Twitter that they’re leaving the party. Let’s see what the party is going to bring up.”

Biden’s reaction to the Capitol riots was “very calming” and could have been delivered by any Democrat or Republican, Spies said, which gives her “hope” that future debates will be more civil. “I think people are looking for someone presidential,” she added, “and I think that’s what the Republican Party is going to be looking for.”

Jay Lefkowitz, a former adviser to President George W. Bush, said “history will properly credit Trump with a Middle East strategy that has made both the U.S. and Israel safer and stronger,” and also praised his judicial appointments. But Lefkowitz said that because of “his refusal to accept the basic norms of democracy, it’s time for Trump to leave the public stage and not return.”

Lefkowitz, a senior partner at the Kirkland & Ellis law firm, said the Republican Party “has an opportunity post-Trump to re-embrace its core values of promoting equality, dignity, and opportunity for everyone. But to get there, we need both a new message and a new messenger.”

Marc Goldman, a Boca Raton-based investor and a RJC board member who backed former Gov. Scott Walker of Wisconsin and Sen. Marco Rubio of Florida in the 2016 Republican primaries before becoming a staunch Trump supporter, said the outgoing president should not be defined by what had transpired as a result of him contesting the election results.

“If we take a look at all of the accomplishments and achievements that have happened over the four years, to say, ‘Let’s wipe them all out, because of something that happened,’ I think is not fair,” Goldman explained. “Because if in fact there was fraud in this election that could change the result, the attack on our democracy is a million times what the attack was on the Capitol, whoever did it.”

Goldman said he has no issue with Trump continuing to maintain his influence and be active in shaping the future of the Republican Party.

“I would hope that it would be the future of the country,” he said, “because when I look at the direction that he was taking the country — where it really was about making America great again — when you look at the list of accomplishments, I don’t find anything remotely comparable.”

Brooks, the head of the Republican Jewish Coalition, said that for the Jewish community, “Trump’s biggest legacy is what he’s left in terms of a transformed Middle East with the incredible success of unifying Israel and our neighbors and bringing peace to the region, and literally transforming the culture and the fabric of the Middle East.”