Is Gab’s leadership as antisemitic as its users? 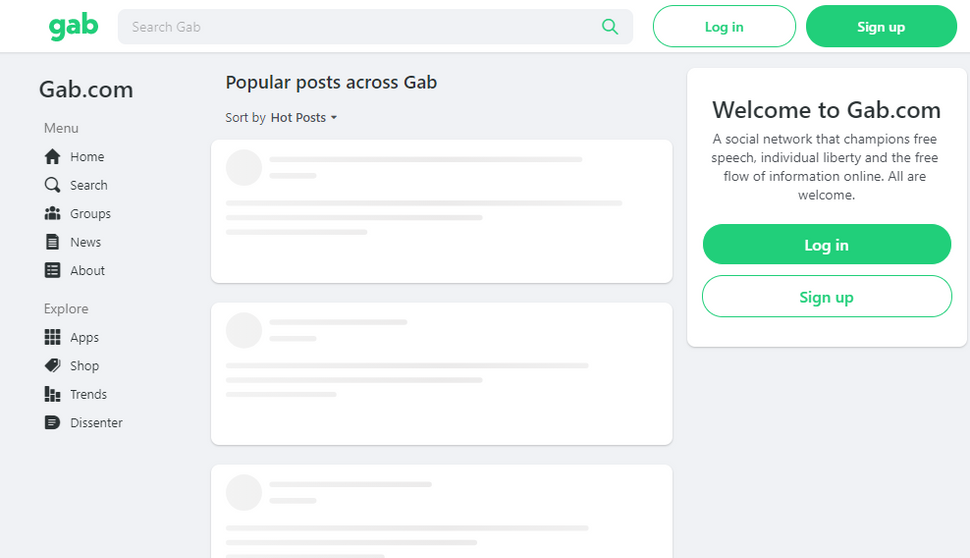 A screenshot of Gab’s platform. By Molly Boigon

“We will never bend to their demands and we will never censor legal, 1A-protected speech that hurts the ADL’s feelings. Ever,” said Gab’s chief executive officer Andrew Torba. “Jesus is King.”

While Torba is a self-described proud Christian, Gab’s previous and subsequent letters and press releases did not contain that assertion.

“It’s ironic that, when called out for enabling extremist rhetoric, Gab’s response is to craft” a letter “containing thinly veiled antisemitism,” said the head of the ADL, Jonathan Greenblatt. “As our open letter makes clear, Gab is not moderating this extremist content, and their CEO seems to be encouraging users to upload it.”

Torba himself was banned from Twitter in 2016, but often uses his company’s Twitter account as a soapbox for personal and political statements. He uses the first person, and it’s obvious to followers that he is the author.

I’m writing like 3 articles a day, doing multiple interviews, scaling our backend infrastructure, and watching my 18 month old daughter when my wife needs a break.

What, exactly, do journalists do all day?

In recent days, the account has posted multiple tweets about presidential adviser Jared Kushner’s hold on President Donald Trump, a nod to an antisemitic trope about Jewish puppeteers on the world stage, and has questioned the legitimacy of antisemitism as hate speech.

“Why is the President signing ‘hate speech’ laws?” the account asked after President Donald Trump signed a bill that will elevate the status of the U.S. special envoy on antisemitism.

Why is the President signing “hate speech” laws? ?

The main Twitter account for Gab went on an antisemitic tirade, since deleted, in August of 2018 after a Jewish political activist called for the dissolution of the website.

The account responded to the activist, Brian Krassenstein, on August 9 calling for “open borders for Israel,” a favorite refrain of former Ku Klux Klan leader David Duke, and that same hour posted a bible verse about how some Jews are from the “synagogue of Satan.” 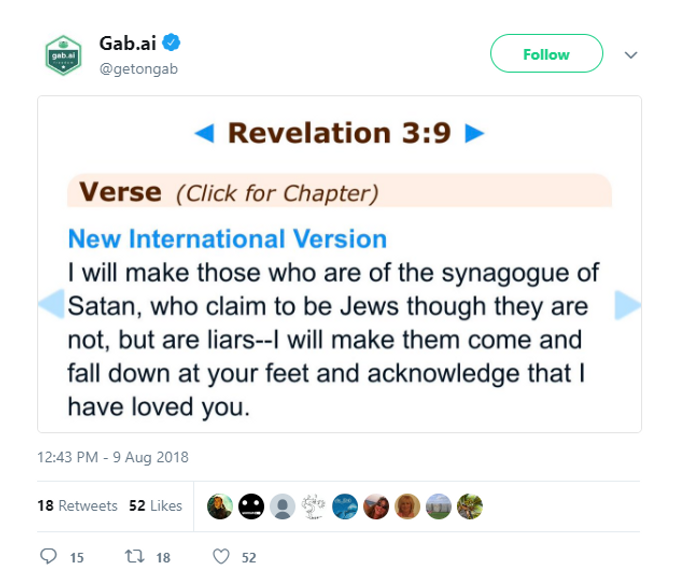 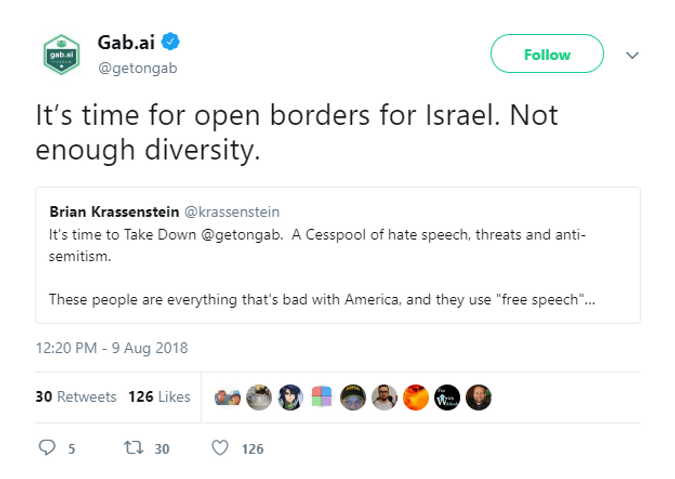 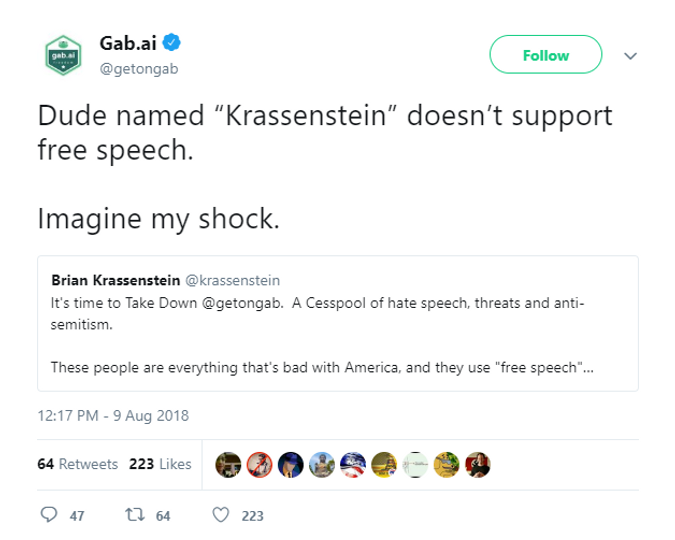 The account also alluded on the same day to antisemitic tropes of Jewish global control and conspiracy. 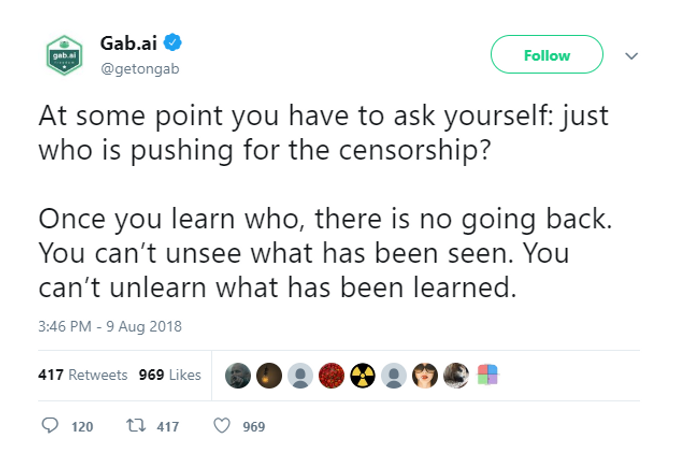 Gab has become the platform-du-jour for social media users from the far-right, who have been booted from mainstream platforms and further isolated after Parler, one site used to organize last Wednesday’s riot, went dark when its host, Amazon Web Services, declined to support it.

Is Gab’s leadership as antisemitic as its users?