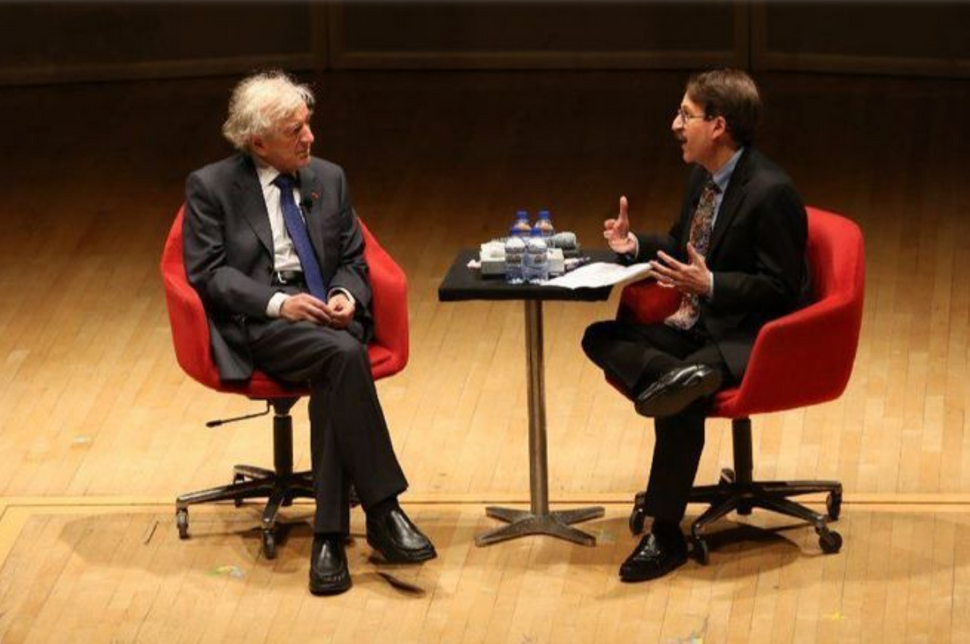 The moment that crystallized Howard Reich’s future in music, writing and Judaism occurred when, as a 16-year-old living in the largely Jewish Chicago suburb of Skokie, Ill., he found the 1951 Best-Picture winning musical “An American in Paris” showing on the family TV.

George Gershwin, the son of Russian Jewish immigrants, wrote the film’s music, and his story and work spoke to Reich, the son of Holocaust survivors. 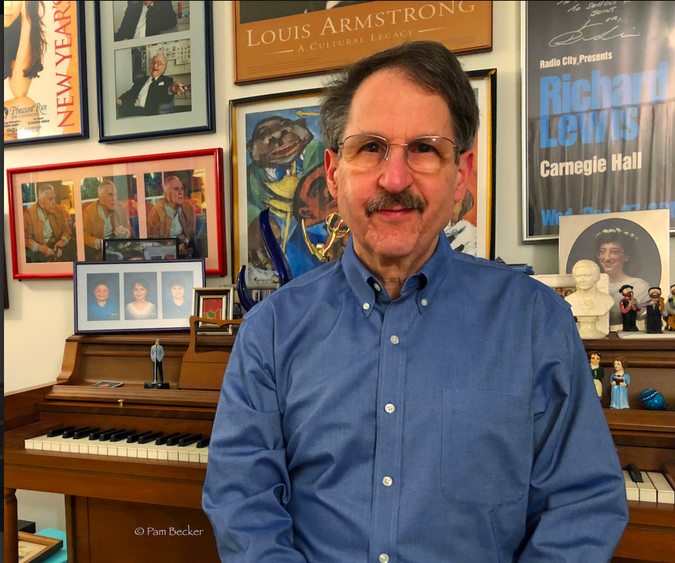 “It’s Jewish music and Black music and jazz culture all expressed through this immigrant son,” said Reich, now 66. “So that’s the music that first reached me and opened me up to what became my entire life and career.”

A major chapter of that career comes to an end Friday when Reich bids farewell to the Chicago Tribune, the newspaper that has employed him since 1983. He is one of several prominent staffers—including Pulitzer Prize-winning architecture critic Blair Kamin, highly decorated investigative reporter Gary Marx, esteemed restaurant critic Phil Vettel and longtime Cubs beat reporter Mark Gonzales—to accept the latest round of buyouts offered by the financially-challenged newspaper where I also was a staff writer for more than 23 years.

(Reich was my first hands-on editor after then-entertainment editor Richard Christiansen brought me in as a freelancer. I remember how patiently Howard edited my Debbie Gibson concert screed as he removed such phrases as “Debbie Gibson is a menace.”)

A fan of Saul Bellow and Mordecai Richler, Reich said he’s always viewed himself as a writer with a Jewish sensibility. He has delivered a distinctly Jewish narrative to Tribune readers, one that grew from music criticism to explorations of the Holocaust via his mother and Elie Wiesel.

After his “American in Paris” epiphany, Reich began taking piano lessons, studied music as an undergraduate and graduate student at Northwestern University and wrote his first Chicago Tribune piece, about the status of contemporary classical music, in 1978. In 1989 the paper’s jazz-loving top editor, Jack Fuller, named him jazz/arts critic, a beat Reich has covered ever since. When the paper’s classical music critic retired in 2018, Reich added that area to his portfolio as well.

“Writing about jazz and classical music, those are my two worlds,” Reich said. “I loved every note of it.”

Yet his career and life were transformed when he took on a topic that he had long avoided: his family’s traumatic history. His parents never discussed the Holocaust, and he steered clear of the subject, which he deemed “too radioactive.” It was a leap when he reported a story about paintings looted by the Nazis during World War II, followed by another piece about Nazi-looted musical instruments.

The no-turning-back moment occurred on the night of Feb. 15, 2001, the tenth anniversary of his father’s death. His elderly mother, Sonia Reich, fled her home in terror that the Nazis still were chasing her. Suffering from post-traumatic stress disorder, she was reenacting her adolescence trying to avoid capture by the Nazis who had made her an orphan.

“That’s when the dam burst,” Reich said. “That’s when I did confront what my family’s tragic history was.”

With the Tribune’s support, he spent a year trying to learn what his mother could not tell him about the past that continued to torment her. He and Tribune photographer Zbigniew Bzdak (also now leaving the newspaper) traveled to Dubno, Reich’s mother’s Polish-turned-Ukrainian hometown where mass executions took place and reconstructed the tumultuous events of her life.

The Tribune’s editors decided to dedicate an entire Sunday Perspective section to Reich’s work. “On Nov. 30, 2003, an image of my mother was the dominant image of the front page of the Chicago Tribune, and inside she was a whole special section, eight pages, full color, no ads,” Reich marveled. “When that story about my mother came out, not one of my Tribune friends knew that I’m the son of Holocaust survivors. That’s how buttoned up it was for me.”

At six that morning, the emails began pouring in from all over the world, he said. He heard from Holocaust survivors, children of Holocaust survivors and “people who had nothing to do with the Holocaust who had a mother. I’ve never seen a reaction like it before or since.”

A local broadcaster connected Reich to Gordon Quinn, artistic director and co-founder of the Chicago-based documentary production company Kartemquin Films (“Hoop Dreams”). Quinn, already a fan of Reich’s music writing, was so taken by his story that he agreed to direct a film about it. To finance a return trip to Dubno with a film crew, Reich sold his Steinway grand piano. (He said he still plays the Wurlitzer spinet that he took out of storage to replace it.)

The Kartemquin team appreciated Reich’s dedication. “He’s a very passionate person,” Quinn said. “And he’s incredibly hard-working. I’ve traveled not only to Ukraine but also to film festivals with Howard, and we’ll be in an airport, and he’s on deadline typing away.”

“The First and Final Nightmare of Sonia Reich: A Son’s Memoir” (PublicAffairs) was published in 2006 and re-released under the title “Prisoner of Her Past” (Northwestern University Press) in 2011. The acclaimed “Prisoner of Her Past” film debuted in 2010, has screened across the country and in Canada, has aired nationally on PBS and has been shown regularly around Holocaust Remembrance Day on Chicago’s PBS affiliate.

“It was totally transformative for me, that whole experience,” Reich said.

It followed that when the Tribune bestowed its 2012 Literary Prize on then-84-year-old author Elie Wiesel, Reich was the logical person to interview the Holocaust survivor and Nobel Peace Prize winner in his New York office for a Tribune profile.

“I think we became friends in our first four minutes,” Reich recalled, as they shared their family histories, including the fact that Reich’s father and Wiesel both had been liberated from Buchenwald concentration camp in April 1945 (an experience about which Wiesel wrote in his 1960 book “Night”).

Reich said that by the end of their visit—which included Wiesel pulling out something he said he’d never shown to a journalist: a yellowed page he wrote at age 13 about mysticism in Hebraic prayers—he felt like he had been accepted “into his inner circle.”

Reich wrote the profile, conducted an on-stage interview at the Chicago award presentation and accompanied the author back to Midway International Airport, where Wiesel made sure that Reich had his number.

The conversation was not over. It grew into many more meetings between the two, often at Wiesel’s winter residence in Florida, and resulted in the book “The Art of Inventing Hope: Intimate Conversations with Elie Wiesel” (Chicago Review Press, 2019).

Reich recalled traveling to Florida in early 2016 to go over the manuscript with Wiesel, but when he arrived, Wiesel told him the book needed no revisions, so instead, they sat around the pool for the week. Much to Reich’s surprise and sadness, Wiesel died that summer at age 87.

In Reich’s mind the books about his mother and Wiesel are “inseparable.” With “Prisoner of Her Past,” Reich learned what happened to his mother. In his conversations with Wiesel, he tried to find meaning in those experiences.

Ron Grossman, who continues to bring a scholarly approach to his Tribune writing while in his 80s, called Reich “a quintessential Jewish artist,” someone who has trained as a classical musician, developed an expertise in jazz and classical music, and figured out how to turn his passion into a living.

“Jews up to a certain point brought a unique perspective to journalism because we were coming from the outside,” Grossman said. “When you’re talking to Elie Wiesel or a great jazz trumpeter or a blues player, you’ve got to have an [affinity] for other people and especially for outsiders.” 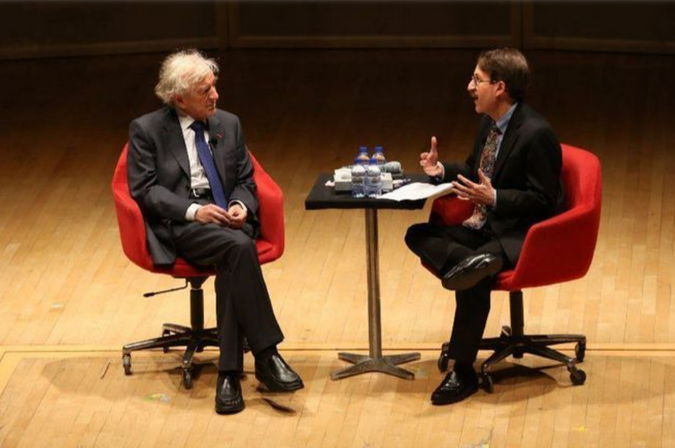 Reich continues to speak at events tied to “Prisoner of Her Past” and his Elie Wiesel book (though a scheduled May trip to Germany may be off thanks to the pandemic), and he and Quinn, plus co-director Leslie Simmer, are nearing completion of another documentary based on Reich’s Tribune reporting. “For the Left Hand” tells the story of Norman Malone, who as a 10-year-old suffered a hammer attack by his father and became paralyzed on his right side—yet at age 78 began performing a concert repertoire of piano pieces written for the left hand.

“He’s lost so much,” Reich said, “but it didn’t stop him from doing what he wanted to do in his life.”

Reich is drawn to such characters, and he’s not done telling their stories.