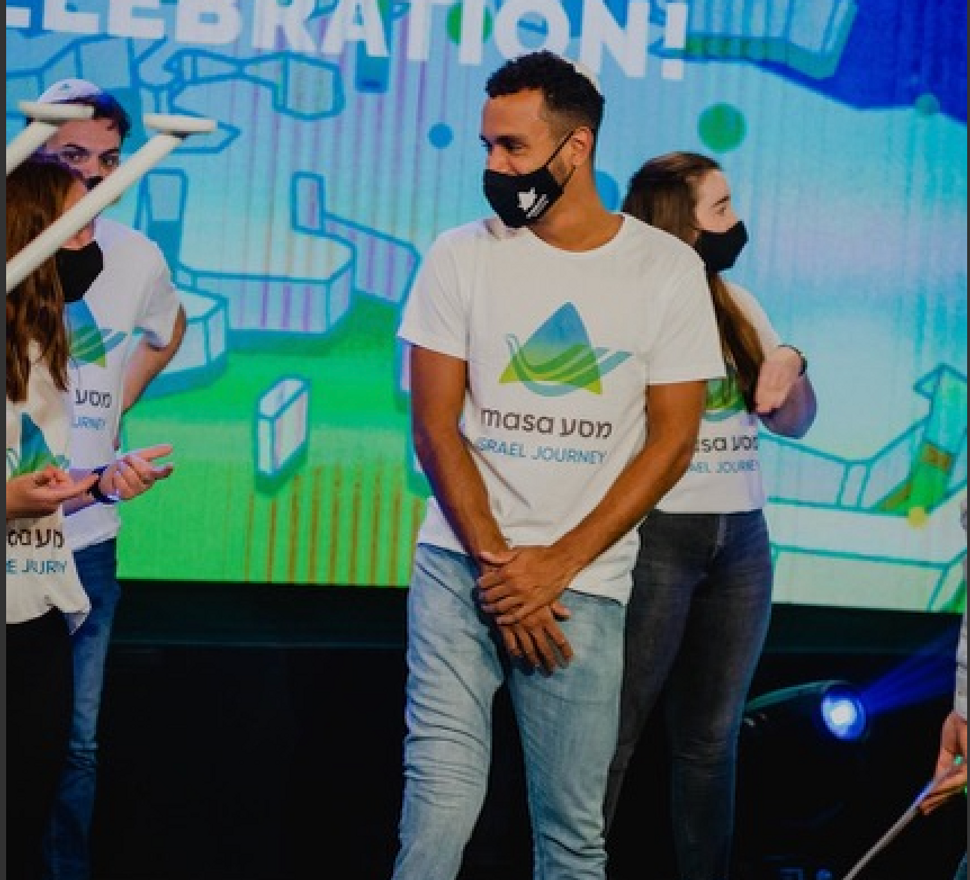 When the COVID-19 pandemic hit the United States, closing down life across large swathes of the country, 27-year old Jovan Booker, an African-American para-athlete, decided to pick up and fly to Israel to coach youth basketball.

In many ways, it was a natural move for the young graduate student at Hofstra University who, despite always knowing he was Jewish, hadn’t really connected with her heritage until his late teens. Raised by his father and grandmother in a Christian household in Mattituck, NY, Booker only really came to grips with his Jewish identity when his best friend raised the idea of coming on Birthright during high school.

“I don’t want to put any pressure on you but you are Jewish, your mother is Jewish and you have the opportunity to go to Israel” and “find a deeper sense of who you are,” he recalled his friend prodding him. Over the course of two trips to Israel, Booker began to integrate Judaism into his life, connecting with tradition and participating in synagogue services, Passover seders and other religious rituals. 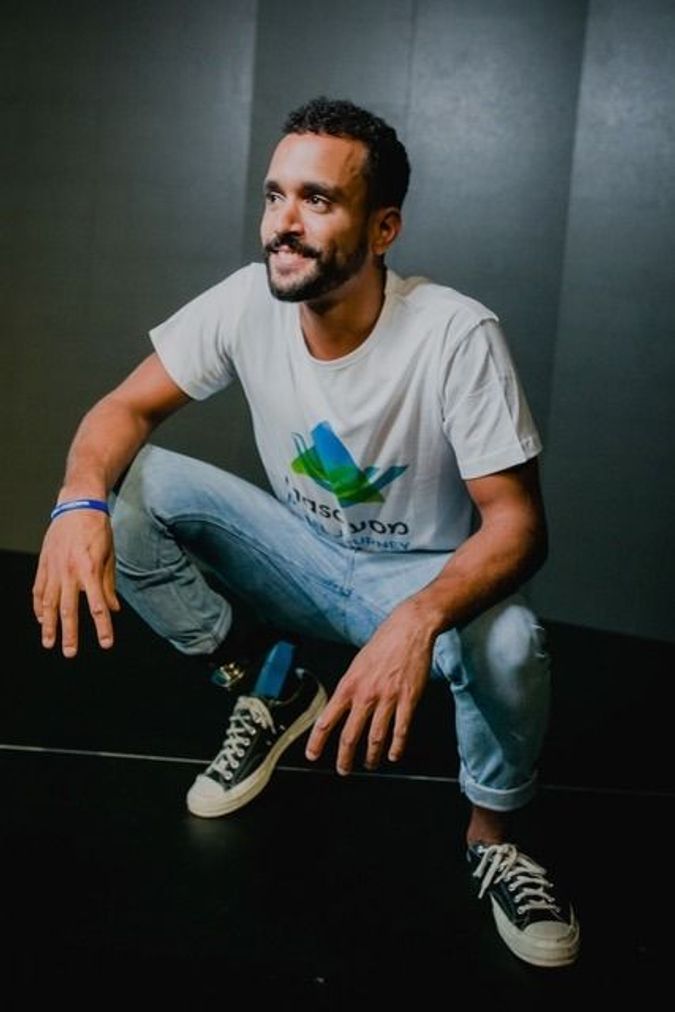 So when the pandemic hit and he was faced with the prospect of spending another semester working on his masters in sports science via online classes, Booker decided it was time for a change and began searching the internet for volunteer opportunities in the Jewish state.

His previous trips had allowed him to “dive down deeper into my Jewish identity” and he was looking to give something back in way which would be able to “not only learn more about myself but be able to make an impact on others here in the community,” Booker explained.

Advisors at Masa, a Jewish Agency and government of Israel-funded program providing long-term educational experiences in Israel, pointed Booker to PeacePlayers Middle East, an organization which seeks to bridge the gaps between Arabs and Jews through youth sports.

But although he was raring to go, things are rarely simple during a pandemic. After emerging from two weeks of state-mandated quarantine upon landing on August 30, Booker soon found himself confined inside again as Israel imposed its second nation-wide lockdown.

However, as things began to calm down, Booker threw himself into his work, splitting his time between administrative work for PeacePlayers, coaching one of its mixed Arab-Jewish girls basketball teams in Jerusalem and playing with the country’s recently established amputee soccer team. 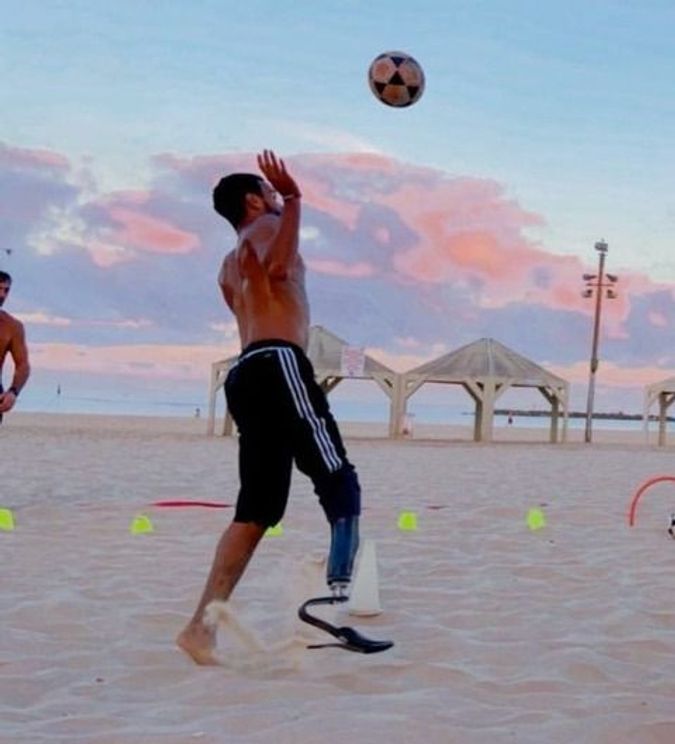 Despite having his leg amputated at 10-months old, Booker has always been a keen athlete, playing high school basketball and soccer and never allowing his disability to slow him down.

“I grew up playing sports my whole life,” he explained. “Sports was my passion and my dad was my coach, somebody who always wanted me to live a normal life no matter what my circumstances were.”

Jovan Booker’s first match with the U.S. Amputee Soccer Team. But he’s been playing basketball for years, and it shows in his vertical leap pic.twitter.com/2NG9N1benq

A member of the U.S. Amputee Soccer Team, whose players competes using forearm crutches, Booker connected with Israel’s recently established squad almost immediately after landing, contacting them via Instagram and offering his services.

“I played for the national team at home in the States, but when I was coming here I wanted to make sure that I would be able to only to not only train and keep in shape but come and show them things and help them grow their organization and help them kind of navigate their way through becoming a team that is competitive,” he said.

As for his volunteering, Booker, who has a history of advocating for disability and racial justice issues back in the States, said that he feels like it has opened his eyes to new ways of creating change. 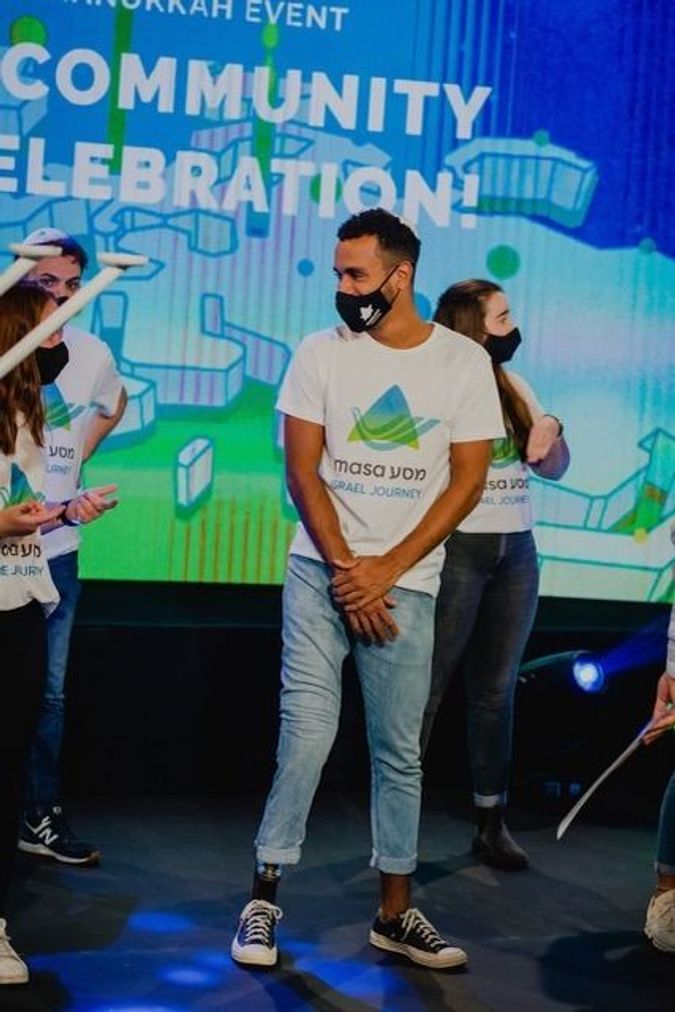 “Working with the kids has been an amazing experience,” he said, describing how he’s seen sports both bringing young people together as well as slowly chipping away at entrenched attitudes among their relatives.

“Witnessing that change and seeing it firsthand was really something that opened my eyes and made me realize how much change can be facilitated if you start on a smaller, on an individual and community, level and kind use a platform of creating youth leaders for their own respective communities.”

And while such sports-based activism isn’t an “end-all solution,” seeing it bring people together “is something that has inspired me to continue to move forward in being able to use that concept to continue to impact my own community not just at home but all around the world,” Booker said.

Even the regular protests against Prime Minister Benjamin Netanyahu, which would frequently wake him up in his apartment on Jerusalem’s King George Street, were inspiring, he said, adding that they, like his sporting experiences, were a source of inspiration.

“To see people here band together to try and make change, whether it be sone side or the other, it’s an experience that I had to see and I’m so thankful i was able to experience it. People here really love Israel and I think more than anything i think it makes me realize how much back home that people really want to make change” as well.

And at the end of the day, Booker — who says he plans on finishing his degree and hopes one day to coach collegiate level basketball — feels that not only have his experiences in Israel helped him strengthen his Jewish identity but his American one as well.

“Being immersed in this culture and understanding how much Israelis love Israel and love the land, I think that it’s something I can take back home and it’s a part of me now,” he said.