After Montana rabbi retired, a life in politics began 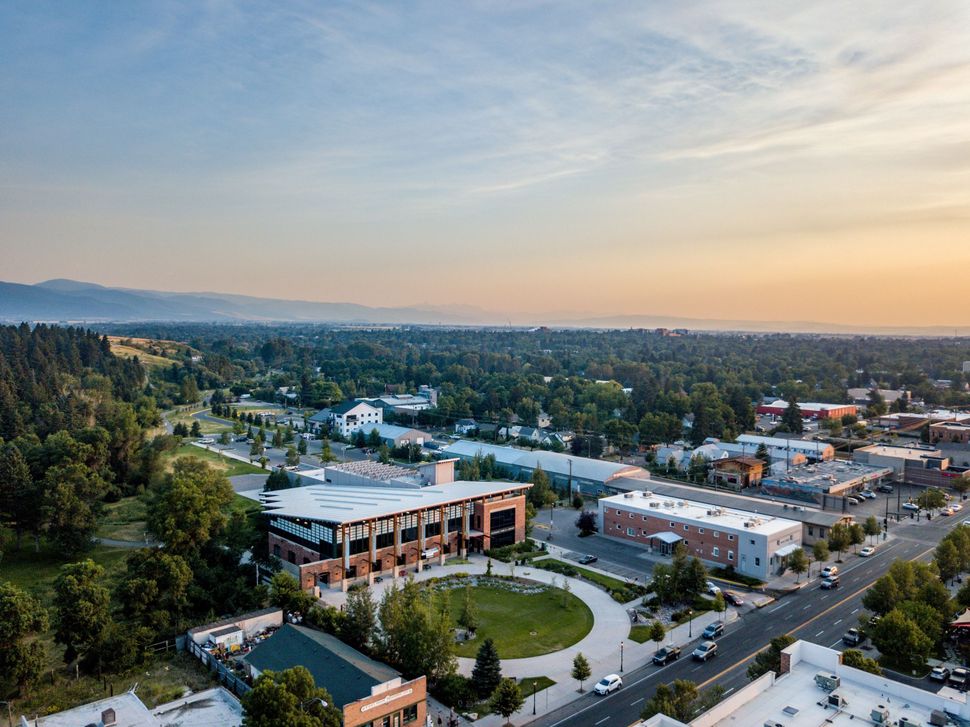 Ed Stafman’s move to Montana would have been a perfect opportunity to start hunting again. As a kid, he had tracked game on Long Island with his father, but dropped the hobby when he relocated from Florida to Big Sky Country 13 years ago.

But Stafman quickly learned that a fringe benefit of serving as a rabbi of Bozeman’s lone Reform synagogue was that members will do the hunting for you.

“Congregants will make sure your freezer is always full of elk and antelope,” said Stafman. “It’s obviously not kosher killing, but that’s just the way it is.”

But such meaty gifts are likely verboten under the ethics rules for Stafman’s new role: state representative. Stafman made Montana history as the first rabbi elected to the legislature in November, and is one of very few Jewish clergy to ever hold elected office in the United States. 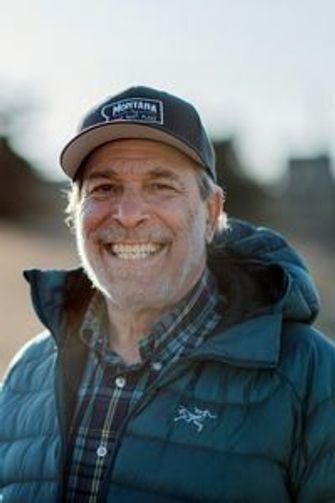 Bozeman, a town of around 50,000, is home to just two Jewish congregations but Stafman said he became fast friends with the other clergy in town during his ten years on the pulpit. They were split on Stafman’s decision to run for office.

“Some said, ‘Oh so you’re giving up religion to do politics,’” Stafman recalled, “and the other half said, ‘I see you’re going to live your faith.’”

Stafman, of course, agreed with the latter. “It was an opportunity to bring the values that are so important to me in Judaism into the public sphere,” he said.

The 67-year-old Stafman was a trial attorney in Florida and worked for Democrats during the 2000 presidential election recount. He took the Montana job after being ordained by the Jewish Renewal movement. The job posting boasted that Outside Magazine had named Bozeman the best place to live in America.

After a successful tenure at Congregation Beth Shalom — he said it doubled in size to 120 families by the time he left — Stafman retired two years ago and started looking for other ways to remain active in the community.

He was recruited to run for a State House district representing southern Bozeman, where he lives with his wife Beth, and which includes Montana State University. Stafman ran unopposed in the 2020 Democratic primary and faced only token opposition from a Libertarian candidate in the general election. 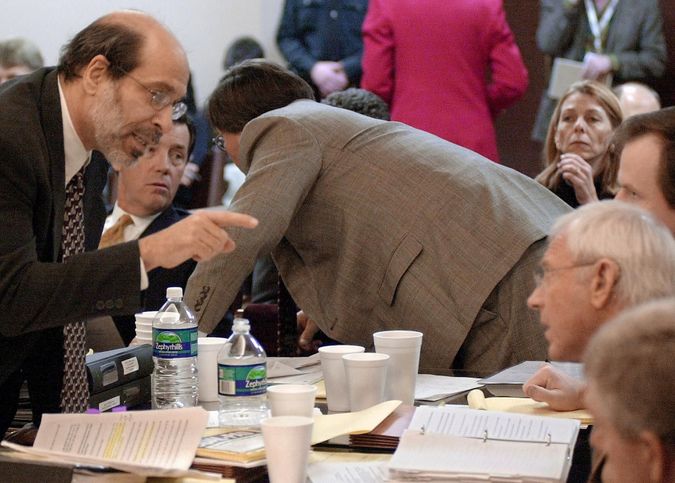 Ed Stafman, left, talks to Republican campaign lawyer Daryl Bristow during a court hearing related to the 2000 presidential election in Florida. Stafman later became a rabbi, moved to Montana and won a seat in the legislature. Photo by Getty Images

A spiritual calling in the political arena

Jews have a complicated history in Montana. They were among the earliest white settlers in the state’s mining boomtowns, but there are now just 1,500 Jewish residents in the state. The population has been subject to menacing outbursts from white supremacists who have periodically tried to establish a foothold in the region. Four years ago, neo-Nazis participated in a coordinated campaign to harass Jewish residents of the tiny resort town of White Fish, home to white supremacist Richard Spencer’s mother and, years earlier, the town of Billings rallied together after someone hurled a cinderblock through a window showcasing a menorah.

But Stafman, who traveled to White Fish during the attacks, said antisemitism is a fringe ideology in Montana and that his faith did not come up during the race or since he started in the legislature earlier this month.

“I found zero pushback whatsoever on religious issues,” he said. “It’s sort of a non-issue.”

A larger issue is the partisan breakdown of Montana government, where Republicans combined their comfortable majority in the legislature with control of the governor’s office for the first time in more than 15 years.

That makes it hard for Stafman to promote his priorities, which include abolishing the death penalty, reducing carbon use and making it more difficult for right-wing protesters to dress up in paramilitary uniforms. “I have to leave most of my time for playing defense,” he said.

Stafman was politically active before running for office as part of T’ruah, the rabbinical human rights group, and the Montana Association of Rabbis — the acronym spells out the Hebrew word for enlighten — which has been critical of the state’s Republican leadership. Stafman was active in the group’s opposition to public funding for religious education and helped MAOR file a brief in Espinoza v. Montana Department of Revenue, a landmark U.S. Supreme Court case that expanded funding for such schools.

“They’re trying to dismantle public schools in favor of private Christian schools,” Stafman said of his Republican colleagues in the legislature.

For his part, Stafman said he doesn’t have a problem striking a balance between his Jewish values and his role as a public servant. “The key is to ask what’s the work that God is calling you to do — what’s the holy work — and that work looks a lot alike regardless of what religious values you bring,” he said.

Rabbi Jill Jacobs, director of T’ruah, said Stafman was the first member of the group to be elected to public office. She said having rabbis active in politics helped redefine the public understanding of how religion can influence public policy beyond conservative Christian campaigns against gay rights and abortion.

“If there’s a tradition of thousands of years of smart people trying to figure out how to build a just society, obviously we would want to bring those ideas in,” Jacobs said. “We can’t cede the space.”

After Montana rabbi retired, a life in politics began