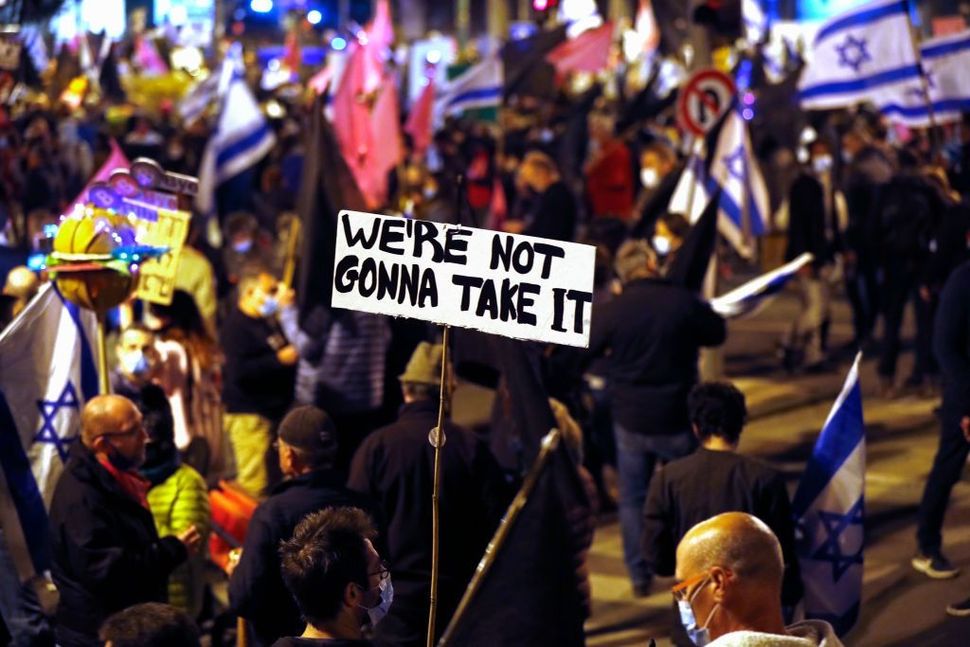 A sign at a protests against Bibi Netanyahu. Courtesy of Getty Images

TEL AVIV — Israel’s COVID-19 vaccination program has become the envy of the world, reaching a third of the population in just over a month. Prime Minister Benjamin Netanyahu is already trying to leverage that narrative in his campaign ahead of the March 23 election, Israel’s fourth in two years.

But behind that curtain of success stands a small but strong strain of anti-vaccination sentiment that has grown out of the broader protest movement against Netanyahu’s leadership. Thousands of people have joined anti-vaccination Facebook groups and refuse to be vaccinated,, insisting the whole operation is a hoax the prime minister orchestrated for political advantage.

Michal Schlezinger is one of them. A 53-year-old acupuncture therapist and mother of three who has been protesting against Netanyahu since the pandemic began, refuses to even call the vaccine a vaccine. To her, it is a “human experiment on a national scale” and the novel coronavirus “the greatest fraud of the 21st century.”

“I don’t think I need to vaccinate for something that 99.6% of people recover from,” Schlezinger said in an interview, referencing the survival rates in Israel.

Schlezinger attends weekly demonstrations in Tel Aviv against what she and others call “the corona lie,” which they say has been exploited by Netanyahu for political purposes, including postponing his corruption trial. Since Israel’s vaccination drive began, Schlezinger has joined protests outside vaccination centers.

Another anti-Netanyahu anti-vaxxer is Liat Kuttner, an entrepreneur and activist who was on her way to a demonstration outside the Knesset when we spoke.

“I’m more afraid of the vaccine than I am of the virus,” she explained.

“I think Netanyahu signed an agreement with Pfizer like Mengele,” she added, noting Israel’s controversial data-sharing agreement with the drug company that makes the vaccine, and that vaccine makers cannot be held liable for severe side effects. “This is a human experiment we haven’t seen since the Holocaust.”

Kuttner and Schlezinger said that many friends and family members share their views, but it is difficult to measure the extent of the politically motivated refusers of the vaccine.

There have been no public-opinion polls published regarding vaccine compliance since Israel’s inoculation program began in late December, and while several earlier surveys found that between 20% and 50% of Israelis did not plan to get vaccinated, they did not ask the reason. Experts said that many in Israel’s ultra-Orthodox and Arab communities, where COVID-19 infections have been highest, also oppose vaccination, along with some who reject all vaccines for health reasons.

Though it has yet to become an official movement — with leaders, a unified message, or even a name — a growing number of Israelis are voicing their opposition to what they call “dictatorship sponsored by corona.” Most of their activity is on the social-media platforms Telegram and Facebook, where hundreds have branded their profile pictures with a common frame: “There is no epidemic. It’s a fraud.”

Asked about the protests, a senior Israeli official said in a statement: “The Prime Minister urges all Israelis to get vaccinated, irrespective of their political affiliation. This is about saving lives.” 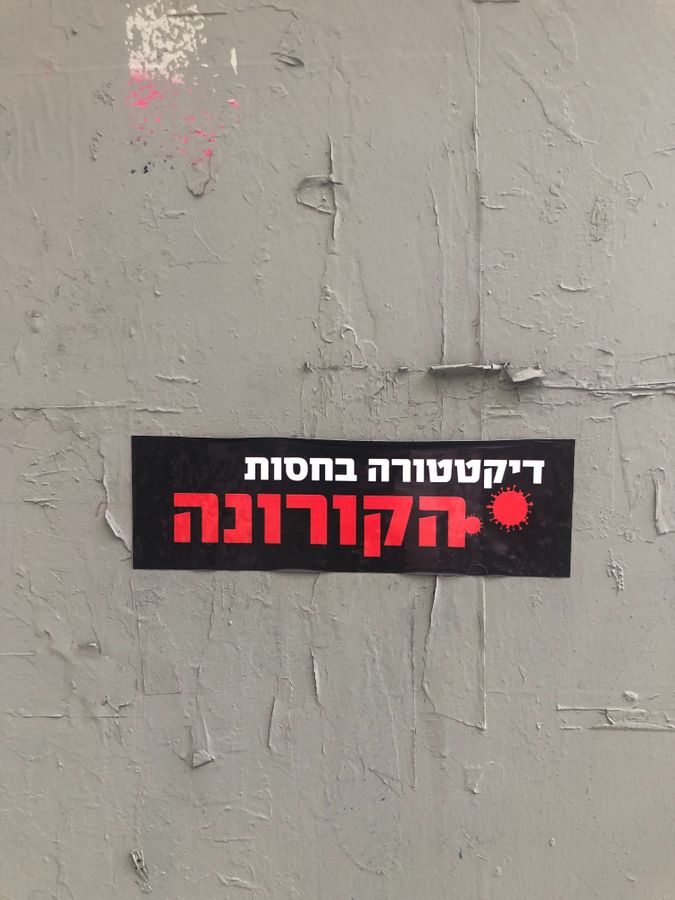 This politicization of the COVID-19 crisis in Israel is an interesting inversion of what has transpired in the United States. Whereas Americans who voice conspiracy theories about the virus are typically far-right supporters of former President Donald Trump, here many of those who challenge the existence of a global pandemic are in the anti-Netanyahu camp.

At the same time, the left-wing skepticism here harkens back to a since-forgotten time, just several months ago, when many Democrats were wary of the Trump Administration’s attempt to rush vaccine approval ahead of the November election.

“Vaccines normally take years to develop,” Kuttner noted. Schlezinger went a step further, asking: “Why do you think that in January — the first month of the vaccination push — Israel had the highest death rate? I see the genocide of a nation with this vaccine.”

To be sure, Israelis who call the pandemic a lie and oppose vaccination do not represent the mainstream — even of the left. “This is on the margins of the anti-Bibi movement,” Professor Tamar Hermann of the Israel Democracy Institute said, using Netanyahu’s popular nickname.

But Hermann, an expert in Israeli public opinion, said that many more people do “ feel that Netanyahu is using our fear of the pandemic for political purposes” and that “he is investing so much effort in this idea of Israel being the first vaccinated country for political reasons.”

Netanyahu has set a goal of vaccinating the entire eligible population by the end of March — just in time for the election, where he faces challenges from across the political spectrum.

Some health professionals have also expressed concern that Netanyahu’s handling of the crisis has been driven by politics rather than by science. He has come under heavy criticism for not cracking down on social-distancing requirements in Orthodox neighborhoods where the virus is rampant for fear of alienating key members of his governing coalition.

“Israel could have been in a completely different situation if the government would just listen to the medical experts instead of working according to political needs,” said Michal Linial, a professor of biochemistry and neuroscience at Hebrew University who has studied the coronavirus. “We may be first in the world for vaccination, but we are third in the world for infections per million, and have been for many months, because of this lack of leadership.”

Linial said the apparent “double standard” that has allowed schools, mass weddings, and funerals in ultra-Orthodox enclaves to continue has created resentment and mistrust in the wider population, and fueled conspiracy theories that breed dangerous skepticism of the vaccine. “People have lost all faith in the government,” she explained.

According to data released last week by Maccabi, one of Israel’s largest health- care providers, Pfizer’s vaccine is proving 92% effective, with 31 out of 163,000 Israelis diagnosed with COVID-19 in the 10 days after their second dose. 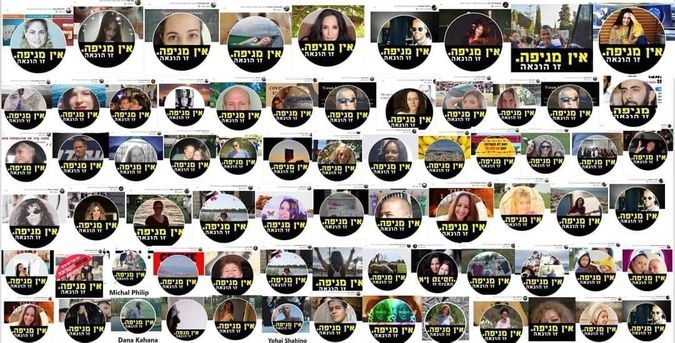 But such data does little to convince people like Asaf Rapoport, 39, a festival producer and holistic therapist who co-founded one of the anti-vax Facebook groups. “Everything Bibi is doing in Israel for the vaccines is absolutely political,” Rapoport said. “He has this narrative that he is saving Israel, but he sold the people of Israel as lab rats.”

Netanyahu’s own statements have fueled these theories. Speaking at the virtual Davos summit last week, Netanyahu told the World Economic Forum, “Israel could serve as a world laboratory for herd immunity.” Also last week, Facebook suspended Netanyahu’s chatbot after he asked followers to send details of friends and relatives over the age of 60 who had not been vaccinated. The post said that he may call them directly to persuade them.

Rapoport, Schlezinger, and Kuttner all referred to COVID-19 as a “global fraud” that is not limited to Israel.

“Bibi is just one example of a world leader who is taking advantage of the virus,” Rapoport said.

Yardena Schwartz is a freelance journalist based in Israel. Email: [email protected]