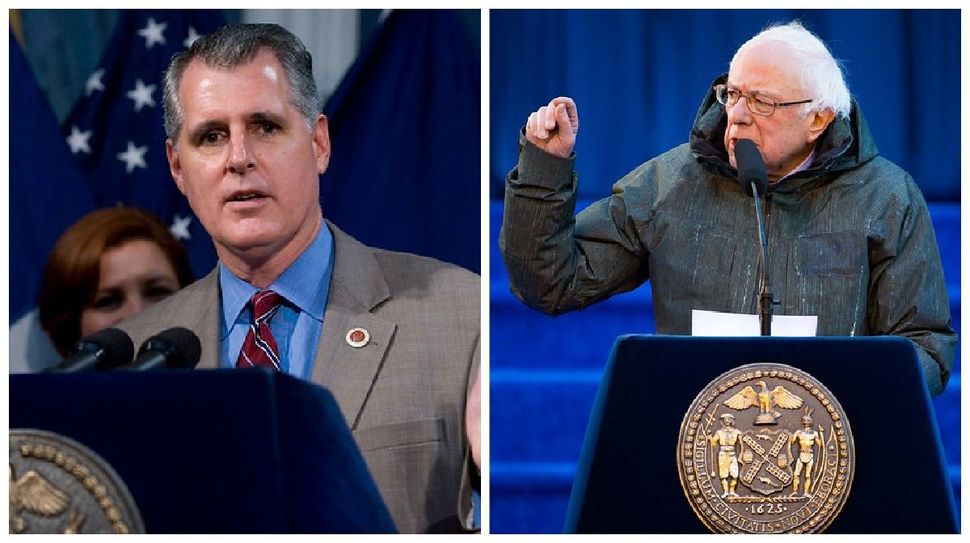 With eight candidates running, the race is a test of the city’s new rank-choice election – which allows voters to rank candidates in order of preference, instead of just choosing one. But the outcome of the non-partisan special election in the Borough of Queens will also test the strength of the progressive movement in New York, which could ultimately shape the makeup of the next City Council in 2022.

In recent weeks, the race came down to a head-to-head matchup between former Councilman James Gennaro, who is attempting a comeback after serving three terms in the Council until he was term limited in 2013, and Moumita Ahmed, a member of the Democratic Socialists of America (DSA). The district includes the neighborhoods of Kew Garden Hills, Hillcrest and Jamaica Estates – all with significant Jewish populations – and a growing Bangladeshi community in Fresh Meadows and Jamaica Hills. Last month, a reponse to a tweet with antisemitic tropes posted by Ahmed in February of 2015 resurfaced online. Ahmed has since apologized for the tweet but she also expressed her support for the BDS movement and labeled pro-Israel groups as propagandists.

Gennaro, a college professor at CUNY is being supported by the sizable Orthodox Jewish community in Queens. A new Super PAC called Common Sense NYC – largely funded by billionaire Stephen Ross, the developer of Hudson Yards and a supporter of President Donald Trump – has spent $221,140 in recent months. The campaign mailers, print ads and robocalls mostly highlighted Ahmed’s views on Israel and her past tweets, attempting to mobilize the Jewish community in support of Gennaro.

The former Councilman, who married a Jewish woman, Wendy Phaff, last September, was profiled in a 2005 New York Times article as the community’s “chametz goy.” A robocall sent out on Sunday described Gennaro as “a passionate fighter for Israel” who “has proudly stood with the pro-Israel community his entire career.”

On Monday, Senator Bernie Sanders of Vermont issued his endorsement of Ahmed, who volunteered for him during his 2020 presidential campaign. Ahmed is also supported by State Senator Julia Salazar, former gubernatorial candidates Cynthia Nixon and Zephyr Teachout, the Working Families Party and the progressive Jewish Vote group.

“It is unfortunate that Sen. Sanders gave credence to a candidate with a history of using antisemitic tropes and anti-Israel rhetoric,” said State Assemblyman Daniel Rosenthal, who lives in the district and was a former aide to Lancman.

The Vaad Harabonim of Queens issued a directive to the Orthodox Jewish community, calling it a chiyuv (obligation) to vote.

The Nor’easter snowstorm may impact voter turnout, and the new voting system may slow down the ballot counting process. Early voting turnout was anemic. Just 2,039 people cast their votes as of Sunday, according to the city’s Board of Elections. A source said that 70 percent of the early voting at the Queens College polling site – approximately 1,000 votes – came from members of the Jewish community.