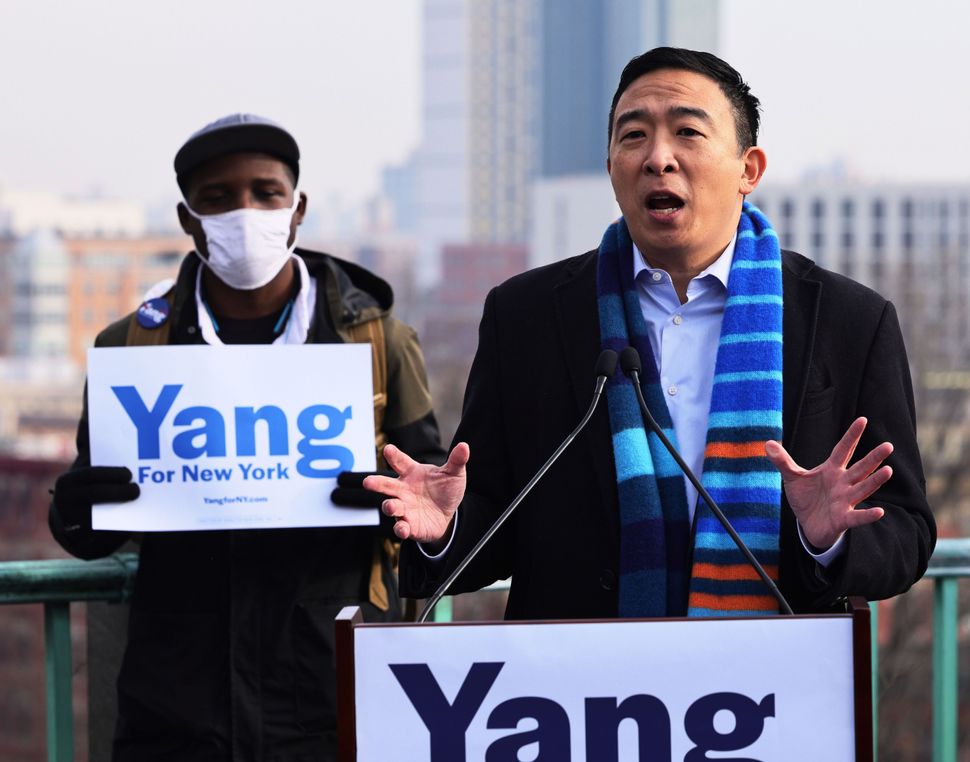 “As mayor, I will always respect religious freedom including the freedom of parents to do what’s best for their kids educationally,” Yang, the former presidential candidate who announced his mayoral bid early this year, told the Forward. “Thus, we shouldn’t interfere with their religious and parental choice as long as the outcomes are good.”

The question of how much science, math and English education should be required in private yeshivas — and who gets to decide — has been roiling the Orthodox communities in recent years.

A city Department of Education report in 2019 found that more than half of the yeshivas investigated were not providing the required amount of secular education that is “substantially equivalent” to that of public schools to students as required by state law. The two-year inquiry — launched after Yaffed, a pro-secular education group founded by former yeshiva students and parents filed a complaint — caused some tension between the government and the Orthodox community.

Mayor Bill de Blasio, who received the support of the powerful Orthodox voting bloc in the 2013 elections, came under fire for allegedly engaging in “political horse-trading” on the matter.

Responding to a questionnaire the Forward gave to 10 of the more than 30 announced candidates for New York’s June primaries, Yang said: “There has been a complete lack of trust recently between the ultra-Orthodox community and City and State government. We need to revamp this relationship and acknowledge that educators at Yeshivas and City education officials are all working towards the same goal — to ensure NYC students receive high-quality education.”

His response was the one most in line with the position of the ultra-Orthodox leadership, which is wary of any government interference in the private education system. The other candidates’ responses ranged from working closely with the community to implement changes to fully enforcing the law when needed.

Yang’s strong support of the yeshivas’ independence is the latest of several statements and other moves that indicate he is actively seeking the support of Brooklyn’s Orthodox Jews, a large and unusually homogenous voting bloc that helped de Blasio avoid a runoff in 2013. It could be pivotal in the crowded June 23 Democratic primary, and Yang is one of a handful of viable contenders who seem to be courting it

Yang has personally reached out to leaders in recent weeks and discussed with them his positions on the issues that matter to them, several leaders in the community said.

Back when he was a longshot candidate for the Democratic presidential nomination, Yang took an initial controversial position on circumcision that resurfaced as he neared a decision to run for New York mayor. “Against the practice,” Yang wrote in March 2019 in response to a Twitter question about his stance on “routine infant circumcision.” He elaborated about his opposition in an interview at the time with the Daily Beast, which caused consternation in the Orthodox world.

“In an issue that is sure to raise eyebrows among the large Orthodox Jewish population in NYC, is Yang’s strong public stance against circumcision,” the Yeshiva World, an Orthodox online news publication, mentioned in a story about his campaign. Yang later clarified that it is “every parent’s personal decision and not a role of government.”

In an op-ed for the Forward last month, Yang pledged that he “will not get in the way of anyone’s right to circumcise their children and maintain the traditions of their faith. I have and always will attend friends’ brissim to celebrate this important religious milestone in the life of their new children.”

Yang also took a strong stance in that column against the Boycott, Divestment and Sanctions movement, earning praise from Orthodox Jewish leaders and pro-Israel groups.

As for the issue of secular education in New York’s yeshivas, the new state law leaves it for local jurisdictions to enforce. The Orthodox community is worried about what that enforcement will look like. And since the city, under the next mayor, is going to have a big role in deciding how to deal with this issue, the candidates’ position on the topic will be key in the upcoming primary. 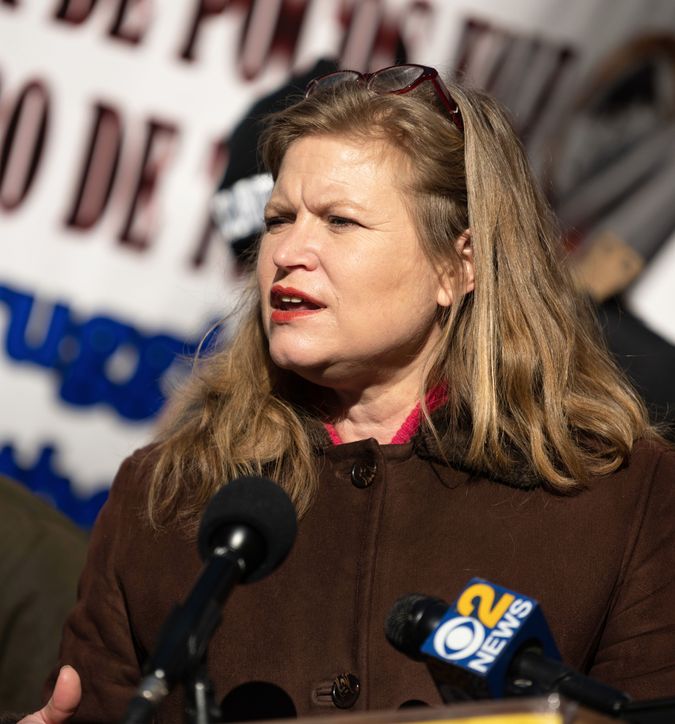 Kathryn Garcia, who developed a good working relationship with the Orthodox community during six years as de Blasio’s sanitation commissioner, took a similar stance to Yang’s. She pointed out that there are “major shortcomings” in the city’s education system at large, and stated that a majority of parochial schools, including yeshivas, are “providing a strong educational foundation for the children whose parents have chosen a non-traditional public school environment.”

“We need to be vigilant about bias and assumptions about religious education,” Garcia said in answering the Forward’s questionnaire. If elected, she said that her administration would order the education department’s division of nonpublic schools to work closely with a standing committee including faith representatives to ensure that “all schools have access to every resource and educational service possible.” 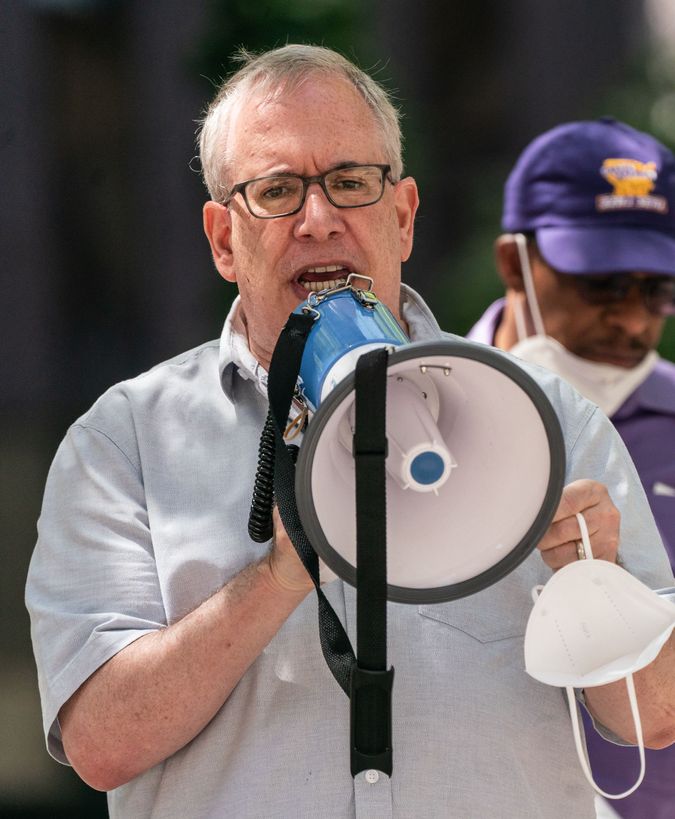 City Comptroller Scott Stringer, who was the first candidate to announce a run and has the support of the Upper West Side community, was vague about enforcement. “All our students should get a quality education that prepares them for the future,” Stringer said in a statement. “As mayor, in addition to my primary responsibility for managing the nation’s largest public school system, I will work with educators to ensure that’s happening in all schools — public and private, secular and religious.”

Ray McGuire, a former Citigroup executive who raised more than $5 million with the support of the business community echoed the same sentiment. McGuire said he believes “there is a way to work together” with the community’s leaders to “find a way” to protect religious liberty while ensuring that the needs of all New Yorkers are being met. “Education of our people of all faiths is the key to developing our economy and keeping New York City a leader into the future,” he added.

Brooklyn Borough President Eric Adams took a more cautious approach to the issue, saying he would work in partnership with the community by appointing local ambassadors to assess the yeshivas instructions. But at the same time, he said, he would “clearly communicate expectations and baseline standards according to state education law, as well as enforce compliance where necessary.”

Shaun Donovan, who served as Secretary of Housing and Urban Development under President Barack Obama, took a similar stance, saying that he would “appoint people knowledgeable about the communities and traditions of these schools as well as about high-quality instruction and New York standards to handle the city’s role in ensuring state standards are met” while working with the community, but “where the law is not being met, there should be consequences.” 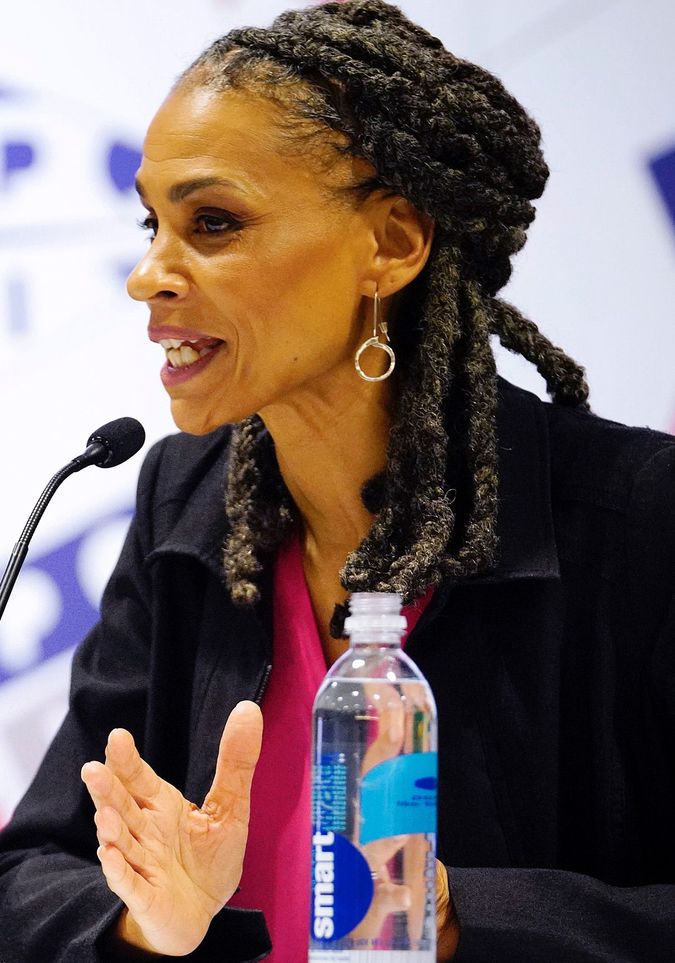 Maya Wiley, who served as counsel to de Blasio during his first term, said she would “ensure that investigations into schools that communities have identified as a concern are prioritized.” Wiley said she “would do so in a transparent and ethical manner that includes an open discussion with the school community.” She also promised to “increase oversight” and “implement specific metrics” to ensure yeshivas meet the city’s standards.