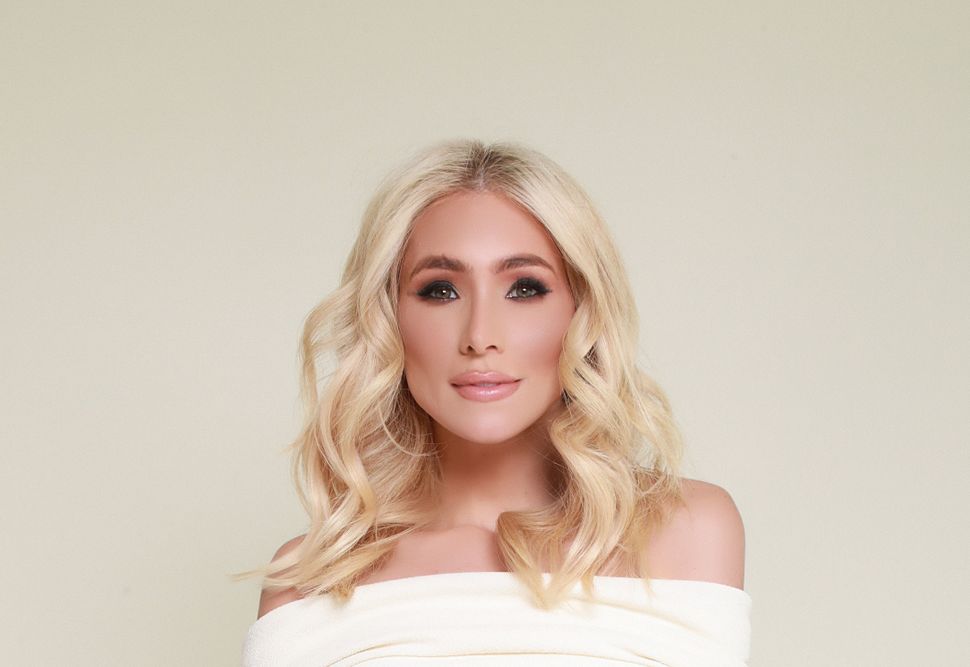 The meme that sent Melissa Rein Lively fully into the universe of QAnon was about the Holocaust.

“I’ll never forget the image,” she said in a recent interview. “The meme that I saw that changed everything for me was a picture of Jews basically being put on a boxcar with masks, saying, ‘First they put you in the masks, and then they put you in the boxcars.” To Rein Lively, the granddaughter of Holocaust survivors, it instantly connected the mask mandates meant to prevent the spread of coronavirus to the scariest chapter in history, as the first step in a plan of wider government control.

That was in May, 2020. For the next two months, Rein Lively, a 35-year-old publicist from Scottsdale, Arizona, was in what she now describes as “freefall” inside the wild conspiracy theories of QAnon, the vast online movement that centers on a belief that a secret cabal of elites is controlling the government and running a child sex-trafficking ring.

By July, Rein Lively found herself having a very public meltdown over a mask display at her local Target, and posted a video of the episode that led to her being taken by police to a psychiatric hospital. That was followed by eight weeks of intensive therapy, which led to her disavowing QAnon in an equally public apology tour that has included extensive interviews about the dangers of the movement with the Washington Post and, just on Monday, CNN.

Before her turnaround, Rein Lively was one of a relatively small group of Jewish acolytes of QAnon, which is undergirded by antisemitic tropes including the ideas that the far-right’s favorite Jewish bogeyman, George Soros, orchestrated and paid for the Black Lives Matter movement, sexual assault allegations against Supreme Court Justice Brett Kavanaugh and Mexican immigration to the United States. In many parts of the QAnon universe, “Christian patriots” fight for the soul of Western democracy and the nation is part of a long-term plan controlled by the God of Christianity.

Experts who track QAnon said that they are unaware of any studies estimating Jewish involvement, but that they believed it was likely tiny.

Jacob Davey, a researcher at the London-based Institute for Strategic Dialogue, which tracks hate online, noted that, “a well-established trope” within the movement “is the preparation for mass population control and ultimately genocide.”

So it is not impossible to imagine that, for a Republican or Libertarian Jew, ardent Zionism and fears of a second Holocaust might make QAnon appealing. And that’s part of how it worked for Melissa Rein Lively.

Hers was an idyllic early childhood. Rein Lively recalled herself as a little girl in a uniform of red Umbro shorts, a purple sweatshirt and Adidas Sambas shoes as she biked around her Aurora, Colorado neighborhood, attended a Conservative synagogue and spent summers at Jewish ranch camp, where she and her bunkmates would put on skits that made them laugh to the point of tears.

“I felt like I could really be more myself,” she said of the camp. “You could just be sillier and be funnier.” 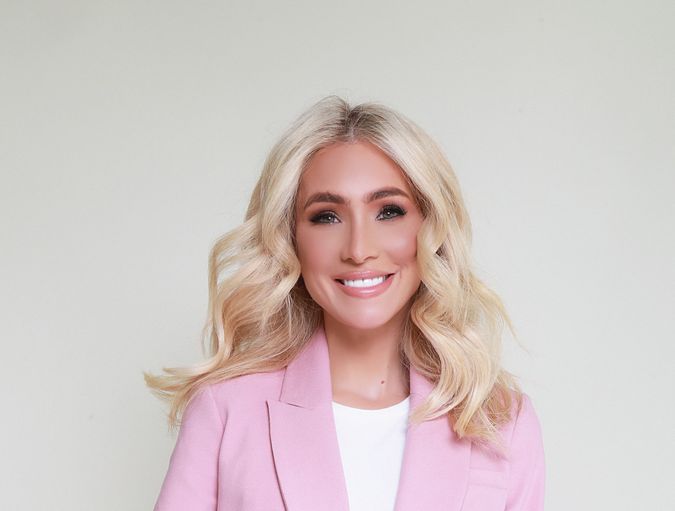 Her father, Solomon, was a residential developer who changed his surname from Reinstein to Rein in the 1970s out of concern that he was losing business due to antisemitism. He wore a flashy gold Star of David necklace, Rein Lively said, but was haunted by the past.

Both of Solomon’s parents were Holocaust survivors, and sometimes, after telling his wife, Randee, about an antisemitic comment lobbed at him at work, he would sit young Melissa and her little brother down and teach them about the family’s history.

He told them about the many family members on his mother’s side who had been killed in concentration camps, and about his father, who escaped and jumped on the back of a train to safety. Rein Lively heard about how her paternal grandmother kissed the Soviet tanks that came to liberate Birkenau as the war ended.

She said she can now see “what he was going through, digesting his experiences growing up with his parents who survived the Holocaust.”

When Melissa was in sixth grade, her father had a burst of financial success, and the family moved to a larger house in a different neighborhood. But business conflicts with her mother’s side of the family and resentment over their new wealth started to rot the family’s core.

“As time went on, it got progressively worse — my mom developed a very serious addiction to alcohol and prescription pills when I was in middle school,” she said. “She was a shell of herself.”

One Saturday morning, Rein Lively discovered her mother dead in the bathroom, having overdosed on alcohol and pills. Told the news as he returned home from the deli, her father passed out in the driveway. Rein Lively said she remembered seeing bagels fall from her father’s arms and roll into the gutter.

In the following months, Rein Lively’s grades tanked. Her father and a new girlfriend sent her to a now-shuttered and chronically underregulated behavioral-modification school in Montana called Spring Creek Lodge Academy. There, Rein Lively said, she was subjected to a rigid system of discipline that kept participants in military-style lines when walking around the compound; allocated food like butter and sugar based on a system of points; and relied on an autodidact system for which students had to teach themselves using subject-matter textbooks.

“They scream at you, break you down, talk about things that would humiliate you and incriminate you in front of a group of people,” she said.

This series of events formed the roots of a mental-health crisis that, Rein Lively said, led to her radicalization years later. Her contention, which she also argues in a forthcoming book, is that there is a straight line from the Holocaust to her mother’s death to the “treatment” she endured at Spring Creek Lodge and, finally, to her latching on to QAnon.

In one of our conversations, over Zoom, her makeup was flawless, the decor surrounding her tasteful and serene. She spoke with confidence and measure. She was funny.

In the video — which her public-relations firm says has been seen 100 million times — she used one hand to pull face masks off of a display while filming via cell phone with the other hand, shouting the phrase, “This shit’s over.” Later, as she filmed herself being apprehended by police in her garage, she insisted to officers that she “was hired to be the QAnon spokesperson” and accused them of cuffing her because she is Jewish. In an earlier video posted on Instagram, she said the n-word.

This woman in Scottsdale, Arizona was super upset with Target for selling face masks. So upset in fact, that she attacked their display….pic.twitter.com/ye9LiDz0JH

Rein Lively said her entry points to QAnon were through interests in wellness and in spirituality — both heightened by the pandemic. She said she was introduced to the movement through content on YouTube, Facebook, Instagram and on blogs.

At first, the stuff she was seeing was optimistic and uplifting. She liked being told that the patriots within the government would save the public from danger. Later, she tapped into a darker stream of QAnon content about the coming of the second Holocaust.

“Looking back at it now and just how perfectly it fit into my interests, my curiosities, my fears — I feel like I was almost typecast for the type of person who would become immersed in this,” she said.

Rein Lively said she was never exposed to outright antisemitic content in QAnon forums. But she also said that, while part of the movement, she was convinced that Soros, a Hungarian philanthropist who escaped the German occupation, was secretly a Nazi.

“When you start looking at it, it’s just so shocking and upsetting,” she said of the claims she was reading. “They don’t call it a rabbit hole for nothing.”

Rein Lively said she was “isolated” within the movement and was not engaging much with other adherents, and did not knowingly encounter other Jews in online forums.

But she is not entirely alone. In one online forum for Q supporters, a user who identified as Jewish asked fellow members of the movement on Jan. 28 to lighten up on antisemitic comments.

“I have seen some broad language against all Jewish people which is grossly unfair,” he said in the post.

“I am more than disgusted to share my DNA with many evil subhuman forms, and I also suggested not to use the wide paint brush against us all,” he said of fellow Jews. “Trump has a few on his team, for a reason: we are well aware of communist hell and we are more than loyal.”

Rein Lively said Jews may be more vulnerable to this type of messaging than most people think.

“I think people have this idea of these QAnon people being weirdo neo-Nazis in a basement somewhere,” she said. “I know other people feel this way, especially other Jews that have kind of joined — not even necessarily QAnon but even the Patriot movement — and there’s more and more right-wing Jews.”

On Monday, after Rein Lively likened QAnon to a cult in an interview with CNN’s Alisyn Camerota, some Twitter commenters were deeply skeptical.

They accused her of trying to do a “rebrand,” and the various news outlets where she has been featured as being “hoodwinked.” A VICE video about her was deemed “embarrassing.”

Rein Lively is undeterred. She sent along, via text, a sampling of the hateful voicemails she said she receives on a daily basis.

“I’ve experienced that snap judgment already,” she said. “There’s nothing I can really say to that, except my story has been incredibly challenging and I know that by sharing it, it’s helping other people.”

After the Target meltdown, the police took Rein Lively to a facility for a psychiatric evaluation, and she stayed more than a week. Her husband had filed for divorce and kicked her out of the house after her tirades went viral, so she crashed at a friend’s second home, and continued therapy. Eventually, she appealed to her husband, a real estate broker, for a second chance, moved back home and has begun to rebuild her life.

Rein Lively was emphatic that this could happen to nearly anyone. The uncertainty, the fear, the trauma and the lies can spin out of control, and isn’t everyone looking for some explanation?

“The message just hits the right person at the right time like it did for me,” she said, “and everything changes.”

Correction, February 11, 11:07 a.m.: A previous version of this article misstated that American tanks liberated Birkenau. In fact, the tanks were Soviet.